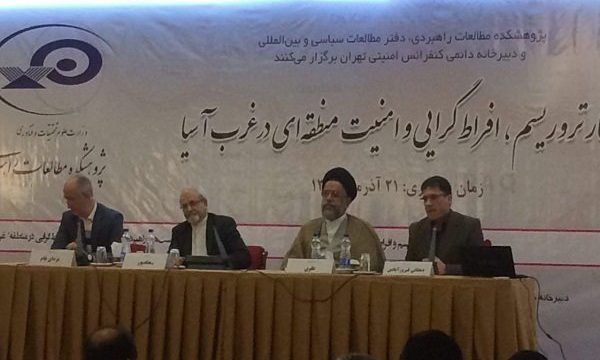 FNA – Iranian Intelligence Minister Seyed Mahmoud Alavi warned that the ISIL terrorist group which has sustained heavy defeats in Iraq and Syria is now attempting to find a new shelter, naming Afghanistan and Pakistan as its main target.

“The ISIL has lost land but it has not surrendered its arms and is after occupying lands in Afghanistan, Pakistan and anywhere else possible to revive the idea of Islamic caliphate,” Alavi said, addressing a forum in Tehran on Tuesday.

He also referred to US President Donald Trump’s controversial decision to recognize Jerusalem Quds as Israel’s capital, and said the decision came after the terrorists, including the ISIL, sustained a deadly blow and their supporters grew disappointed and adopted crazy behavior.

Alavi expressed pleasure that the world is aware of the dangers of Trump’s decision and avoided support.

In relevant remarks in November, Iranian Foreign Minister Mohammad Javad Zarif warned that the ISIL terrorist group is a danger which threatens the region, including Afghanistan.

Zarif made the remarks in a meeting with Special Representative of the UN Secretary-General and Head of the United Nations Assistance Mission in Afghanistan Tadamichi Yamamoto in Tehran.

He also referred to cooperation between Iran and Afghanistan and the necessity for accelerating it in different political and economic fields, stressing the importance of confrontation against the spread of threats and danger of the ISIL in the region, including Afghanistan, given the terrorist group’s recent failures in Iraq and Syria.

He also stressed Iran’s preparedness to cooperate with the UN and other affiliated bodies on Afghanistan, and said, “Iran wants stability in Afghanistan and its efforts are focused on this area.”

Tadamichi, for his part, elaborated on the current security situation in Afghanistan and ways to endure peace talks in the country.