A Look at Iranian Newspaper Front Pages on December 10

Iran Front Page- IFP has taken a look at the front pages of Iranian newspapers on Sunday, December 10, and picked headlines from 16 of them. IFP has simply translated the headlines and does not vouch for their accuracy.

The issue of Jerusalem al-Quds has remained a top story in almost all Iranian newspapers on Sunday. Several papers covered the isolation of the US in a meeting of the UN Security Council, where all member states condemned Trump’s decision to recognize Jerusalem al-Quds as the Israeli regime’s capital and relocated the US embassy to the city.

Iranian papers also covered other figures’ reactions to the controversial decision, particularly the remarks made by IRGC Chief-Commander Major General Mohammad Ali Jafari and the global protest rallies held in various parts of the world in support of Palestine.

Another top story today was the visit of UK Foreign Secretary Boris Johnson to Tehran and his meetings with top Iranian officials. 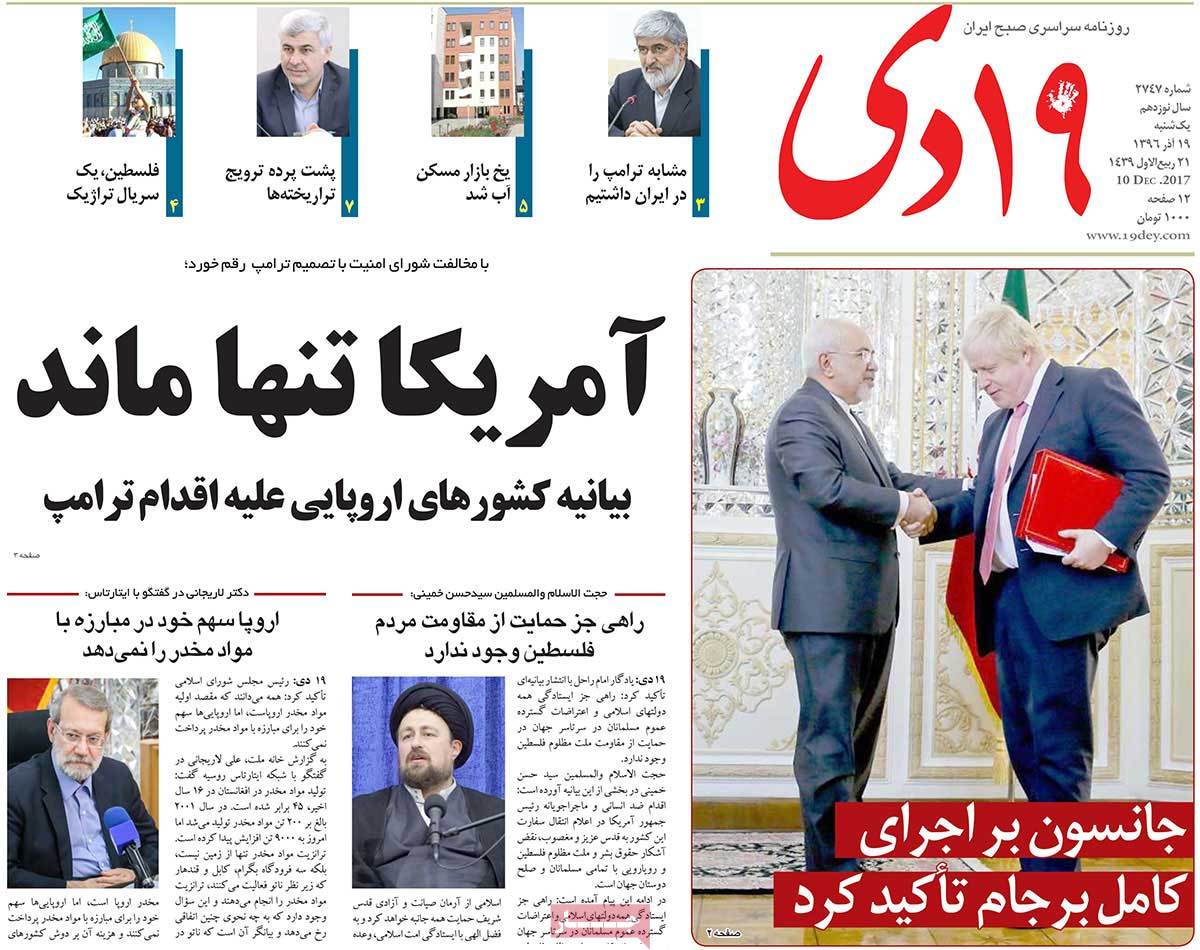 1- Abbas: US No Longer Qualified to Oversee Mideast Peace Process 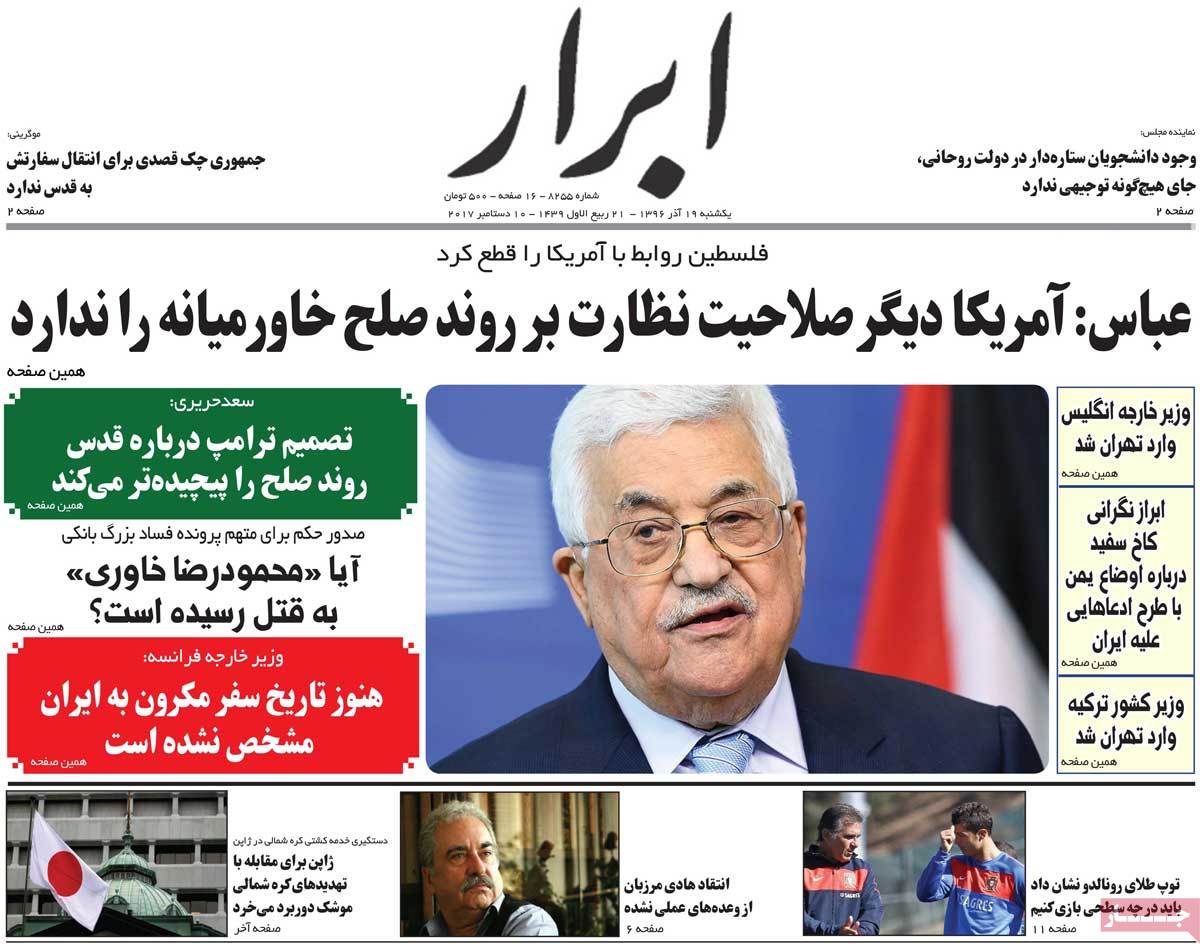 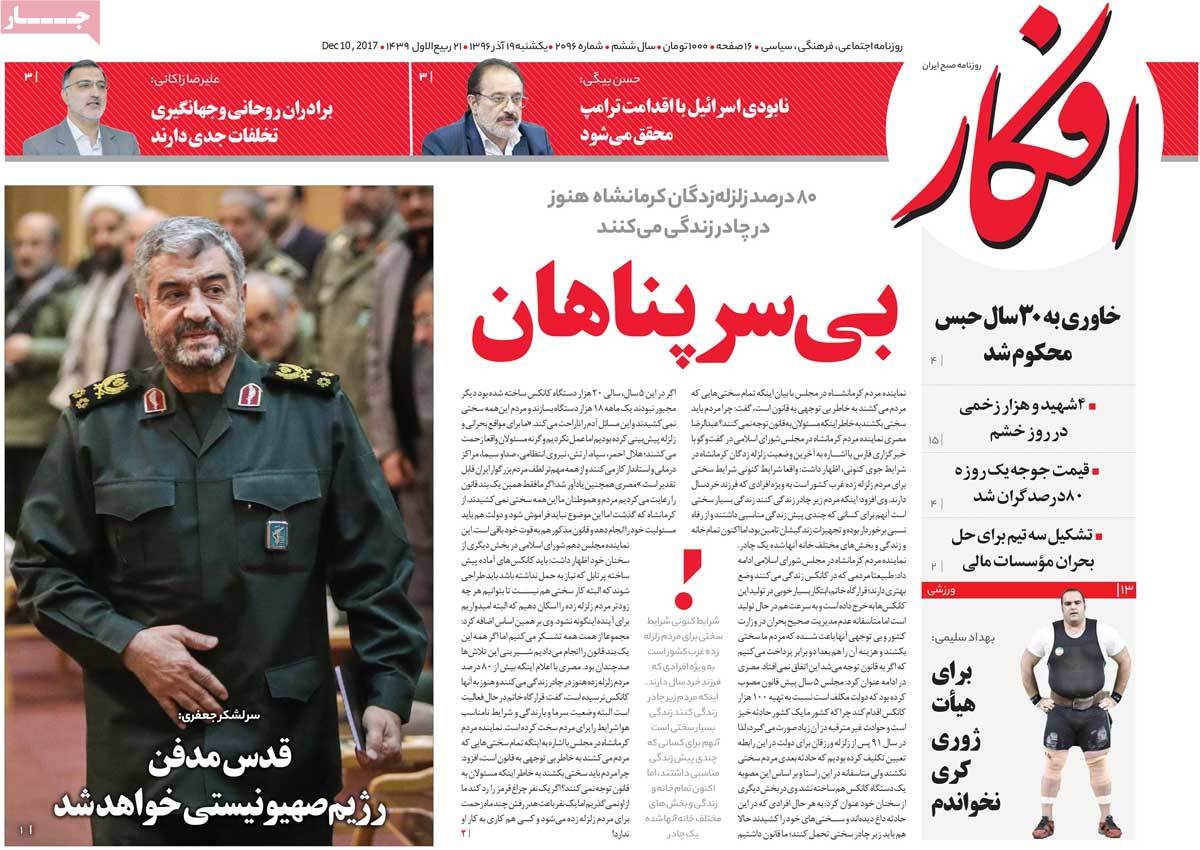 2- Why Should Iran Cooperate with Britain? [Editorial] 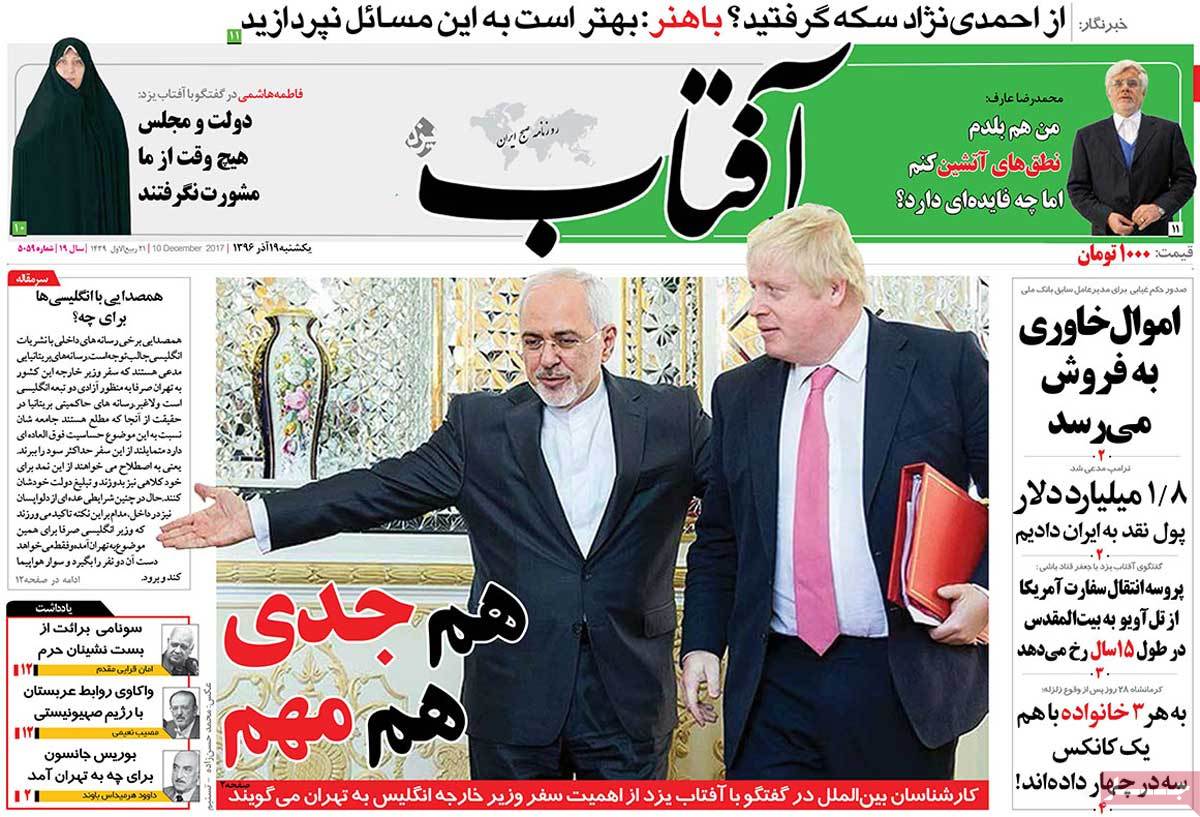 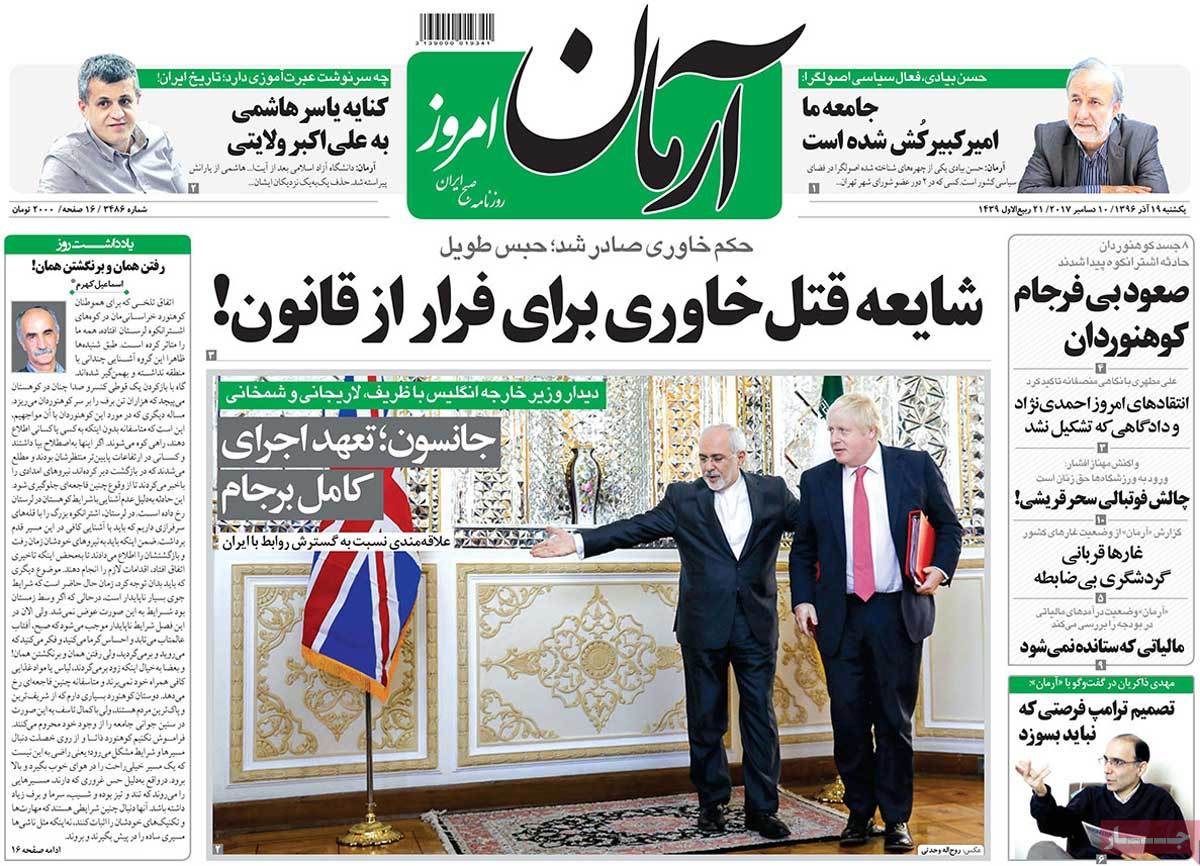 1- Moderation Using Shoulders of Reformism as Ladder for Progress 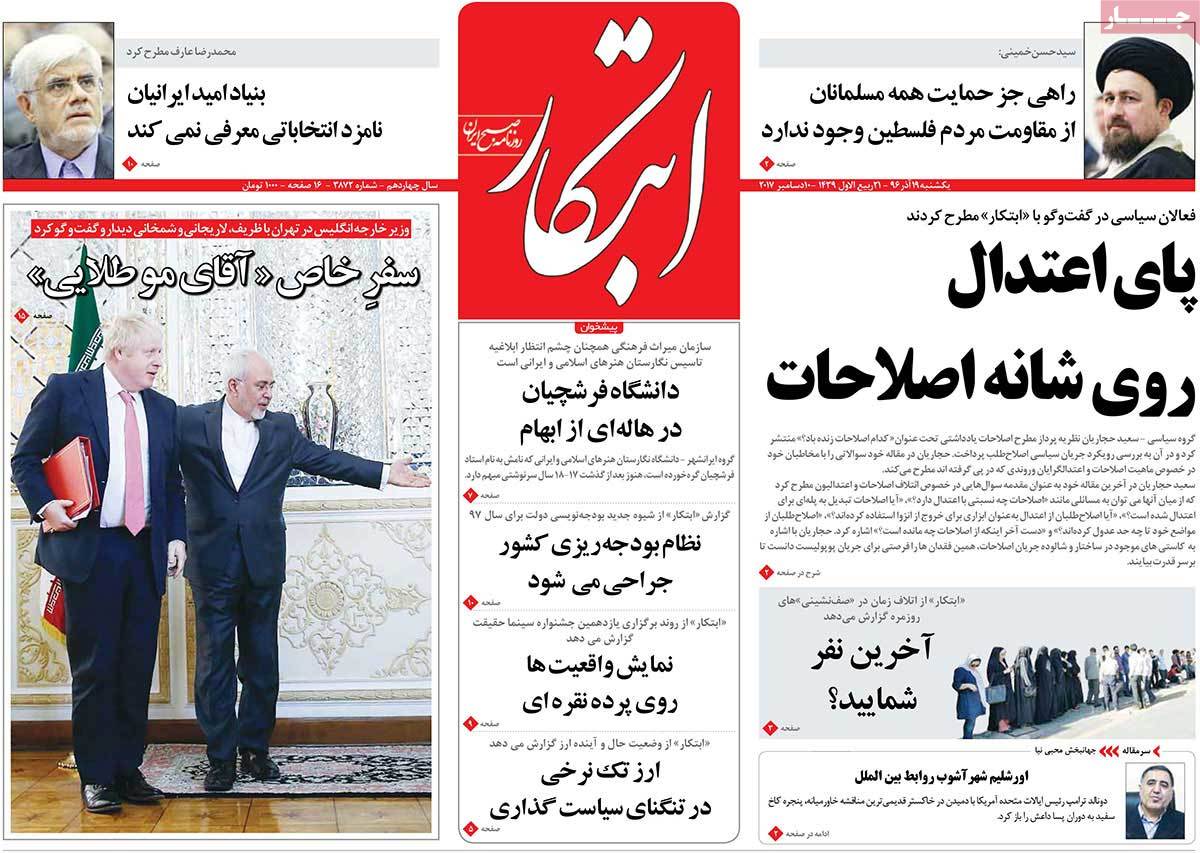 2- In Unexpected Move, US Warns Saudi Arabia over Warmongering in Yemen 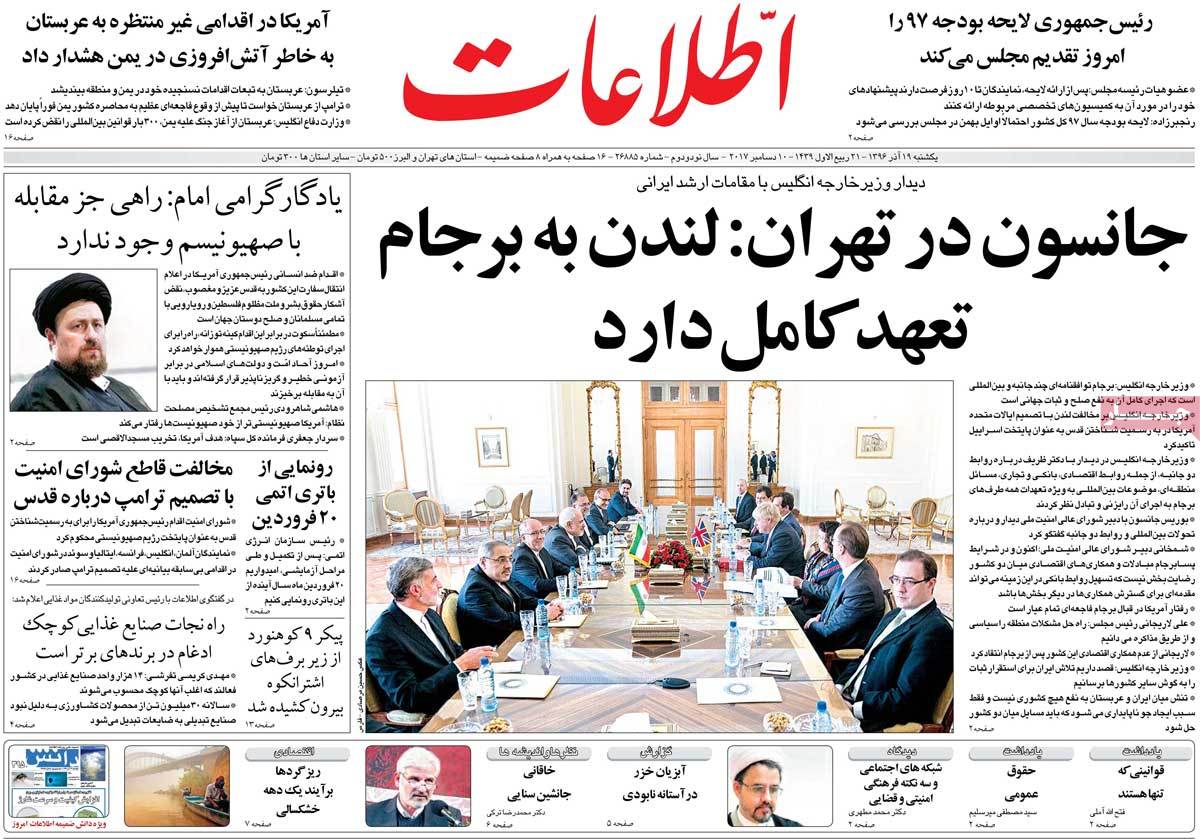 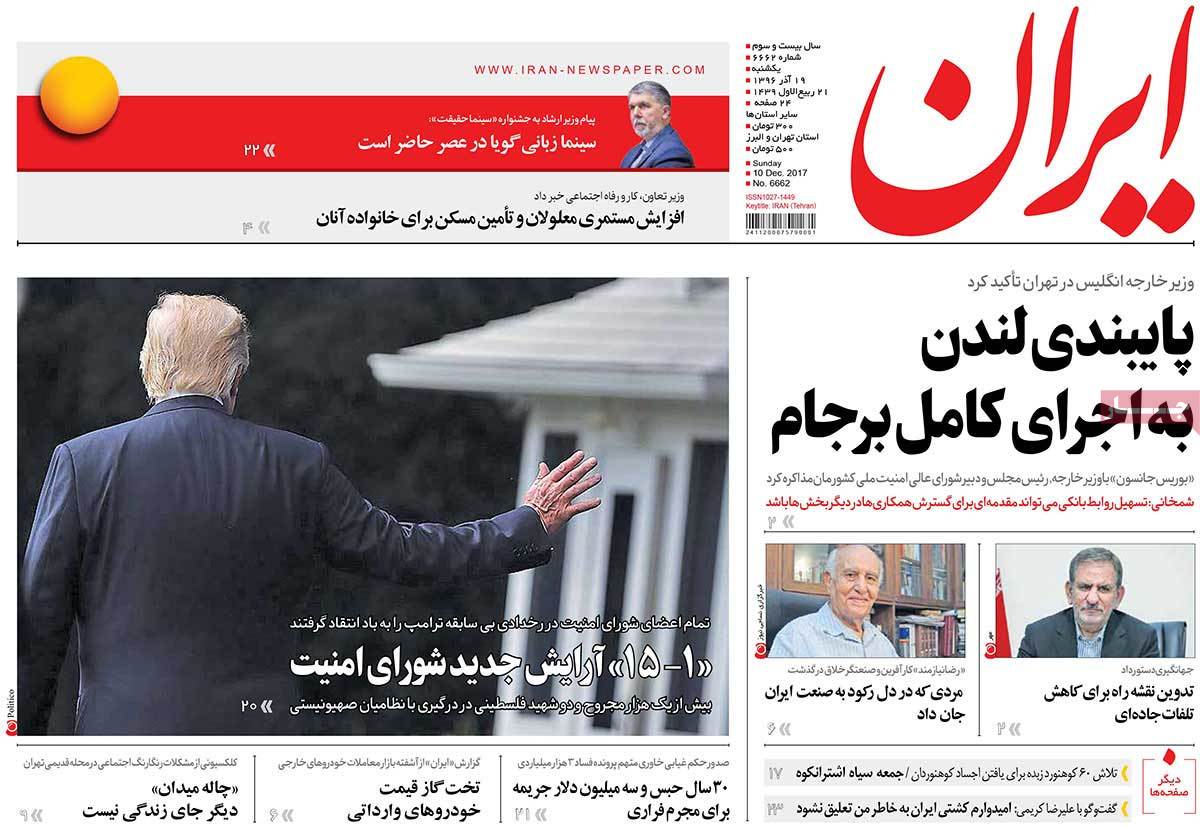 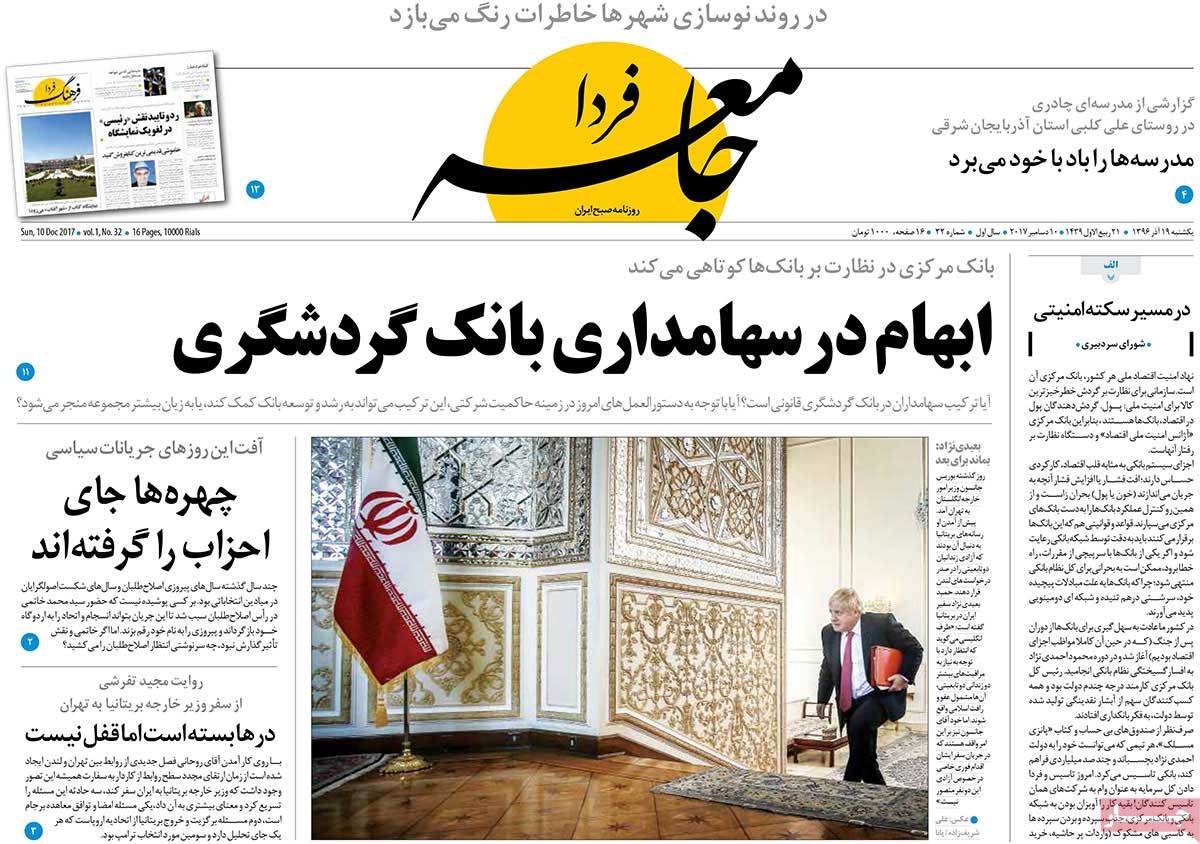 1- British Agent, with a Red Dossier, Looking for Queen’s Spies 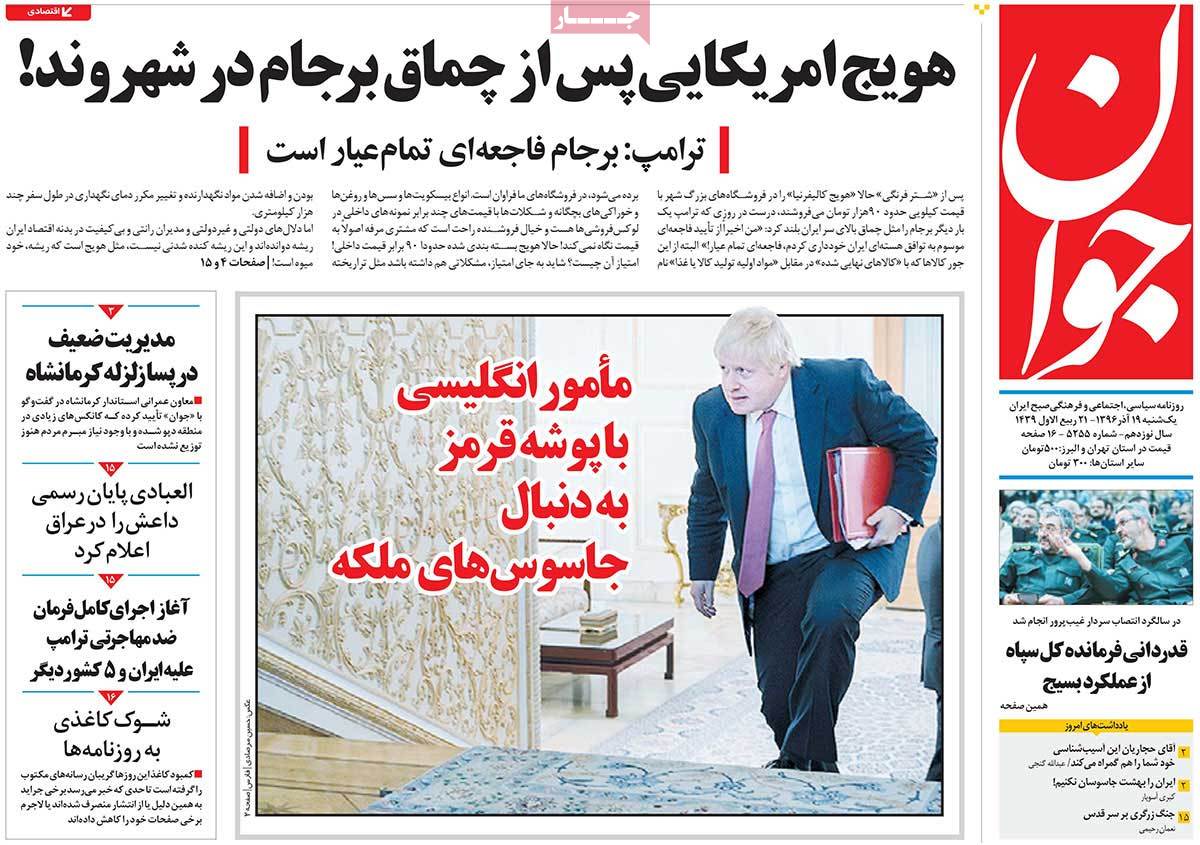 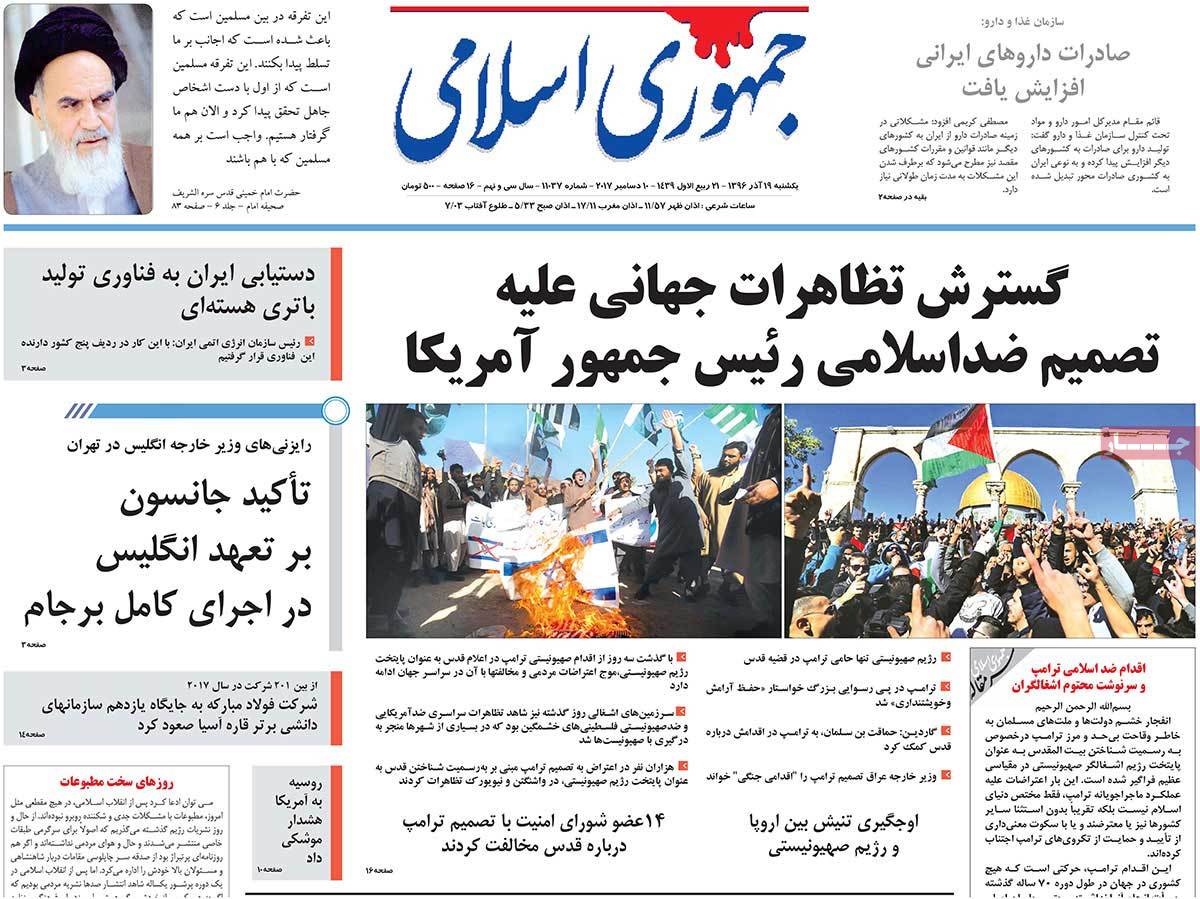 1- British Foreign Secretary: A Debtor Posed as a Creditor in Iran!

2- Fourth Intifada: People in the World Do Whatever They Can for al-Quds 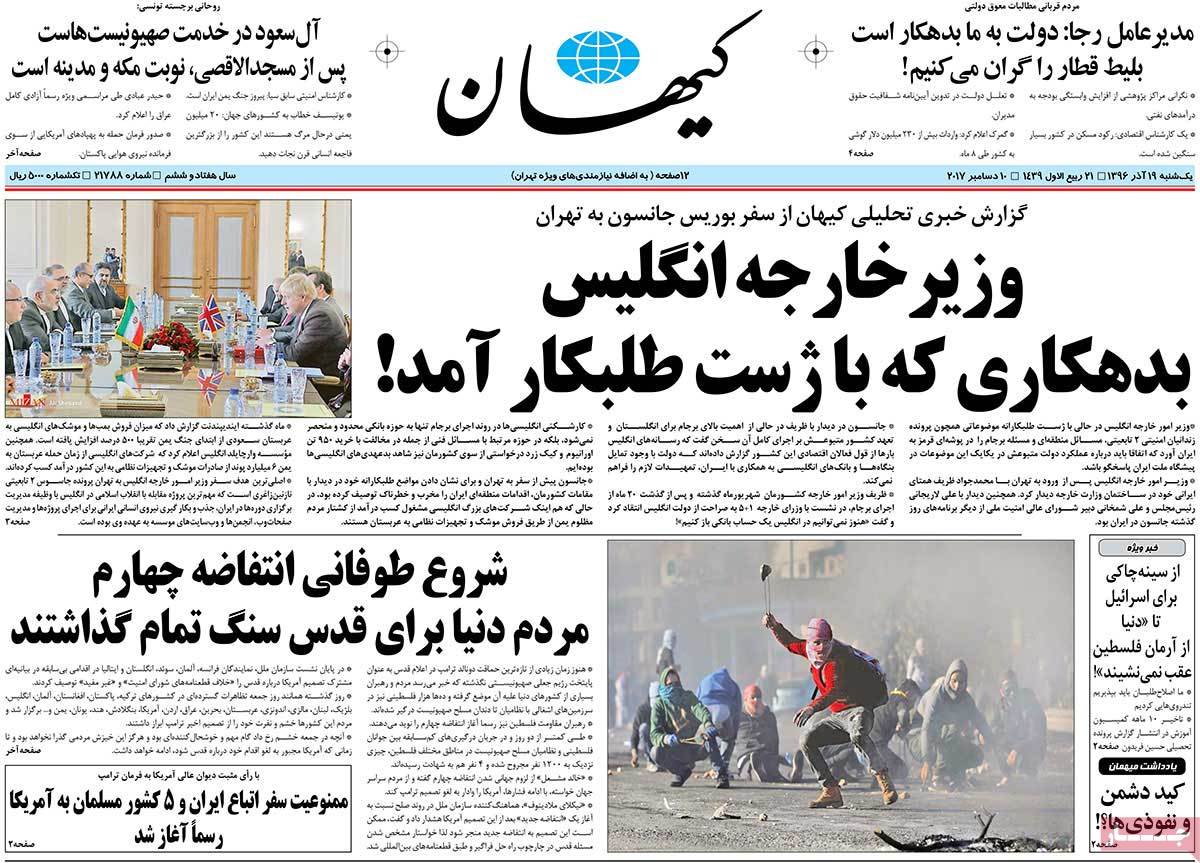 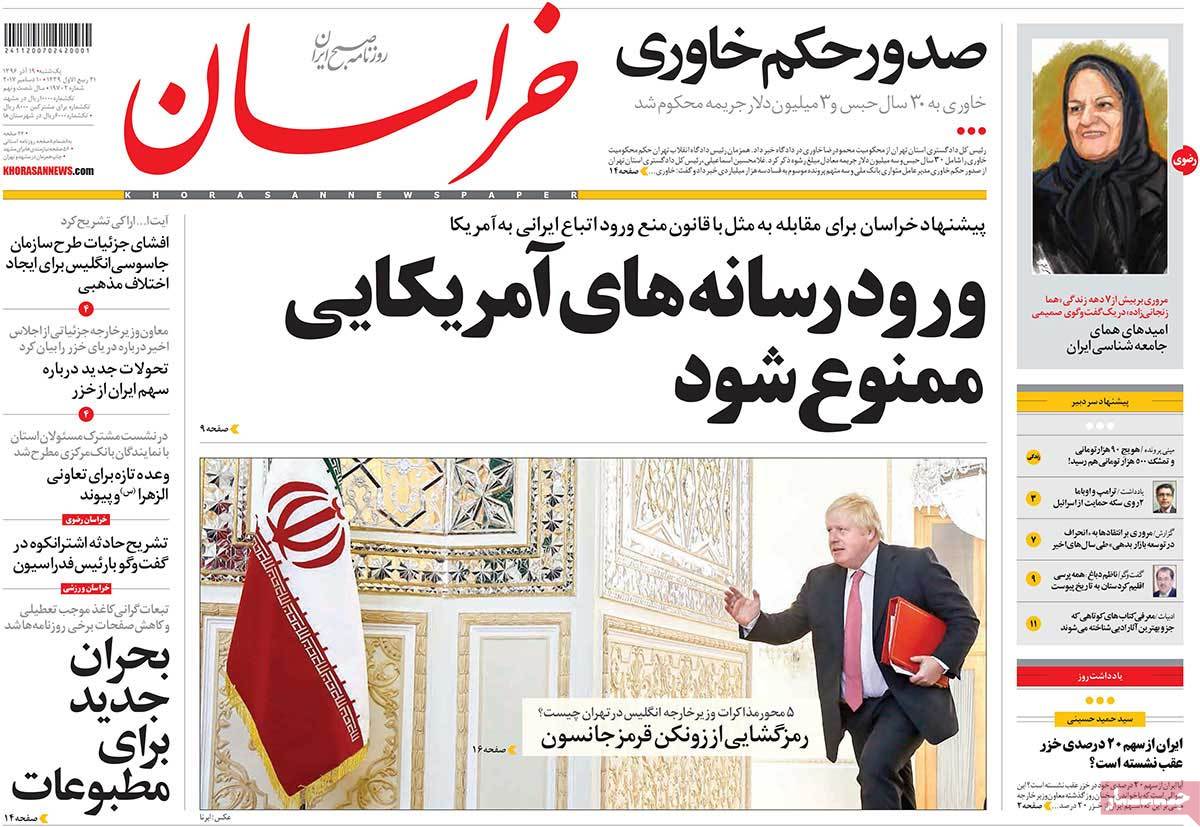 1- Senior Cleric: Al-Quds Not to Become Centre of Satanic Rule 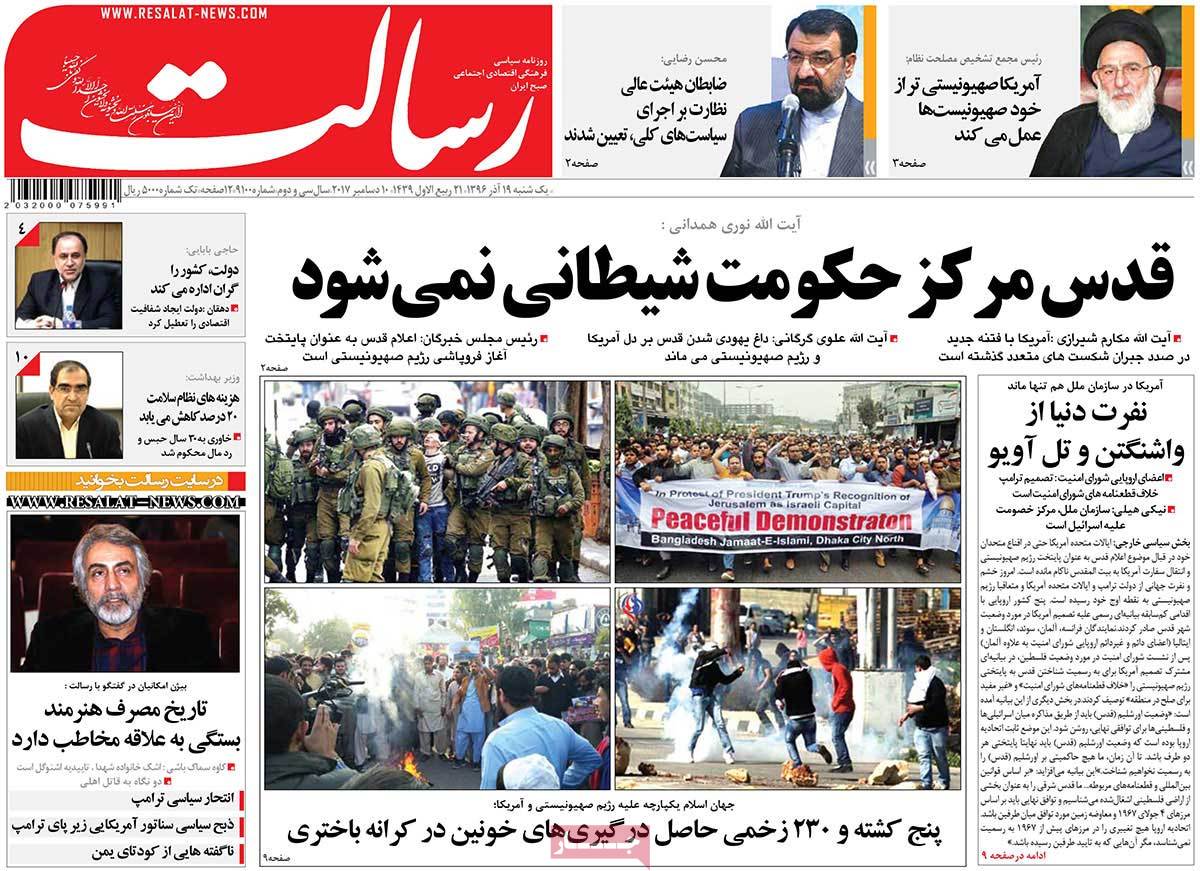 1- Reformist Party: Al-Quds Will Definitely Be Liberated by Muslims

2- Britain on Path of JCPOA 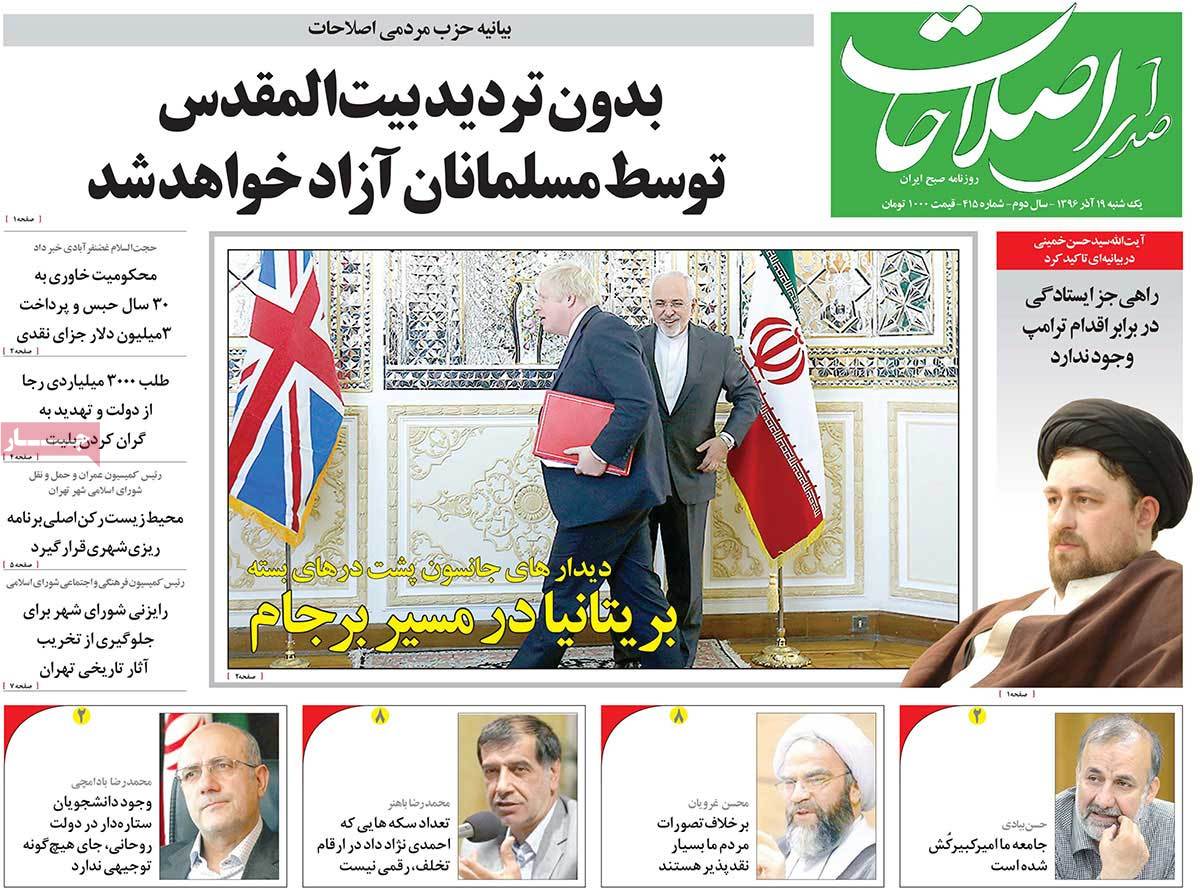 1- Reformists Concerned about Delay in Fulfilment of Rouhani’s Promises 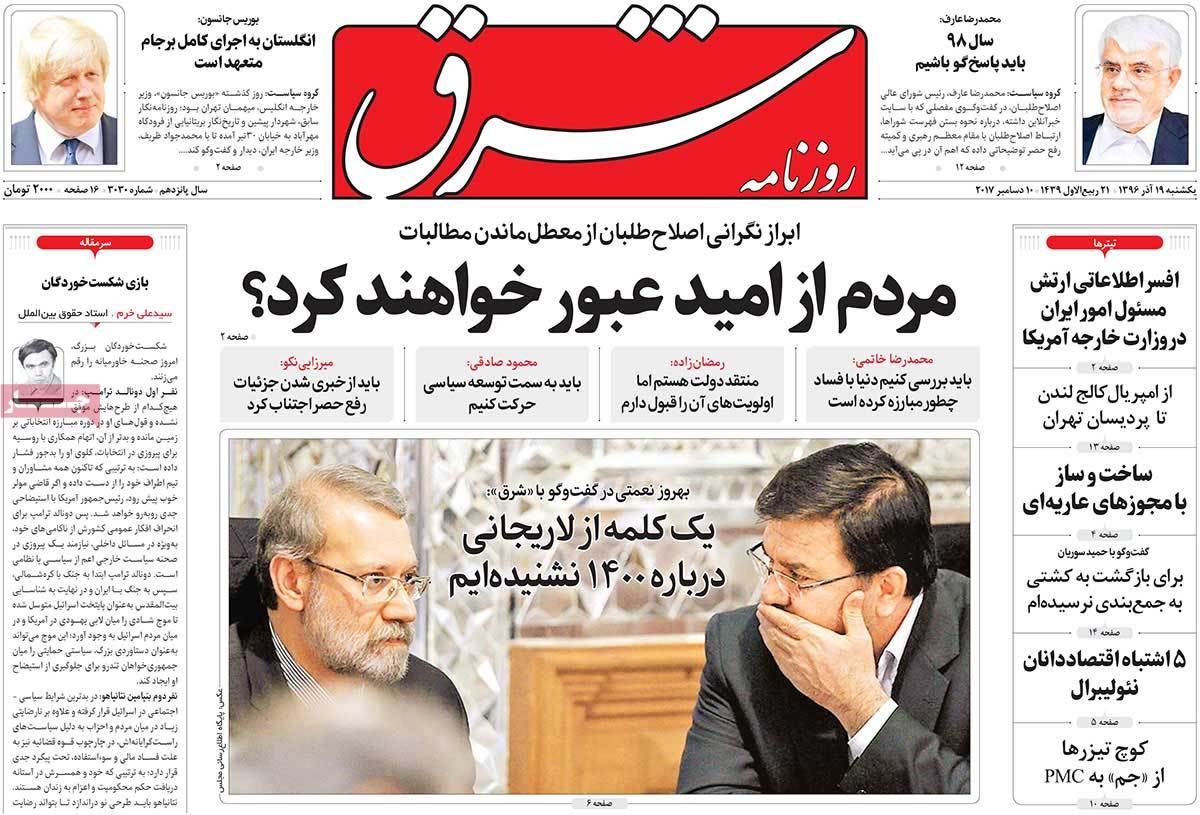