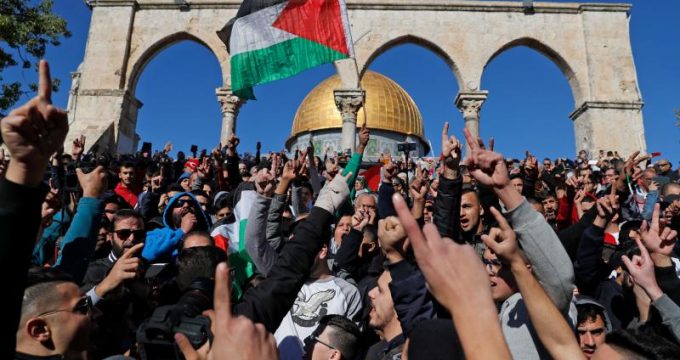 ‘Jerusalem is ours!’ Most dramatic moments of Muslim protests across the world

RT– A wave of protests has swept the Muslim World after Donald Trump’s recognition of Jerusalem as Israeli capital. A man was killed and hundreds injured in clashes in the West Bank, while US flags were burned at mass rallies in Iran, Pakistan and elsewhere.

Over 200 people were injured on Friday as violent protests in Jerusalem, the West Bank and Gaza went into a second day, according to Palestinian officials. Israeli security forces employed tear gas, rubber bullets and even live ammunition to disperse the demonstrators.

“A Palestinian was killed by police to the east of the town of Khan Yunis in Gaza,” the Palestinian Health Ministry told Al Jazeera, adding that the cause of death is believed to have been a gunshot wound. 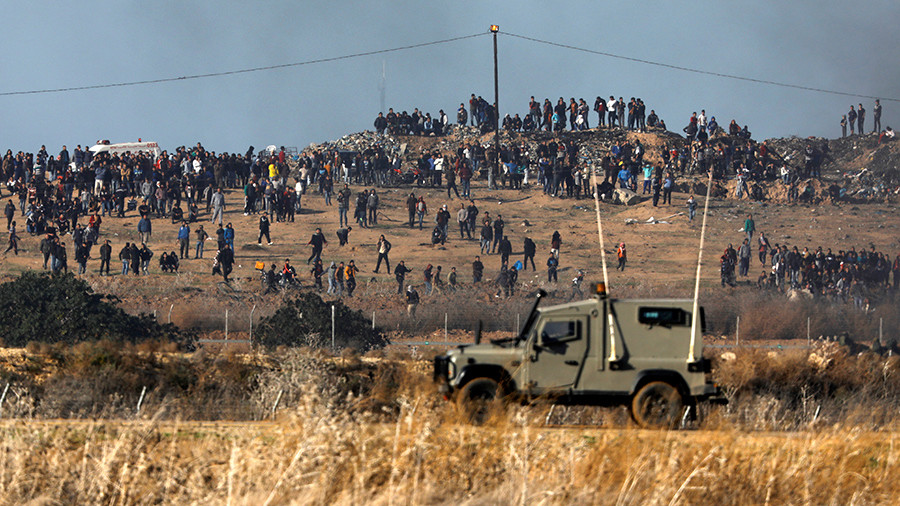 A military vehicle is seen at the Israeli side of the Israel Gaza border as Palestinians protest on Gaza side December 8, 2017 © Amir Cohen / Reuters

More than 3,000 Palestinians took part in protests in at least 30 locations in the region, the Israeli military said. The unrest began after Friday prayers, when Palestinians began throwing stones at IDF troops.

Scuffles were reported outside the Old City gates in Jerusalem as worshippers, who were leaving the Al Aqsa Mosque, chanted “Jerusalem is ours, Jerusalem is our capital,” and “We don’t need empty words, we need stones and Kalashnikovs.”

Calls for protest were broadcast through mosque loudspeakers in Gaza. They weren’t left unanswered as Palestinian youths set tires on fire and marched in hundreds towards the border of the Hamas-controlled enclave with Israel. 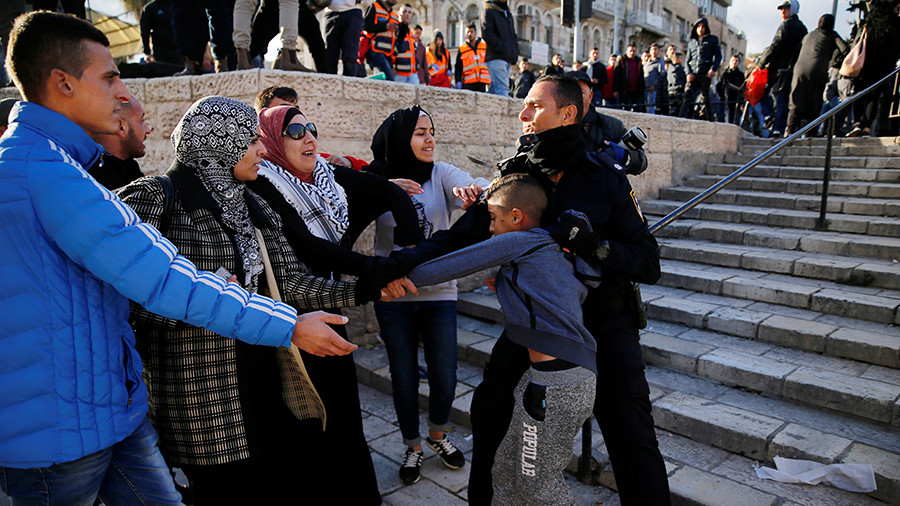 Following the White House announcement, armed group Hamas called for “an intifada until the liberation of Jerusalem and all of Palestine.” Israel had been pushing for Jerusalem to be recognized as its capital for decades, while the Palestinians also view the eastern part of the city as the capital of its future sovereign state.

The US move was decried internationally as being dangerous and counterproductive to a peaceful settlement of the protracted conflict.

Palestinian outrage this week was shared in the Muslim world as thousands of people took to the streets in many countries. Hundreds of people rallied across Iran as they burned portraits of Trump and Israeli Prime Minister Benjamin Netanyahu, chanting “death to the devil!” 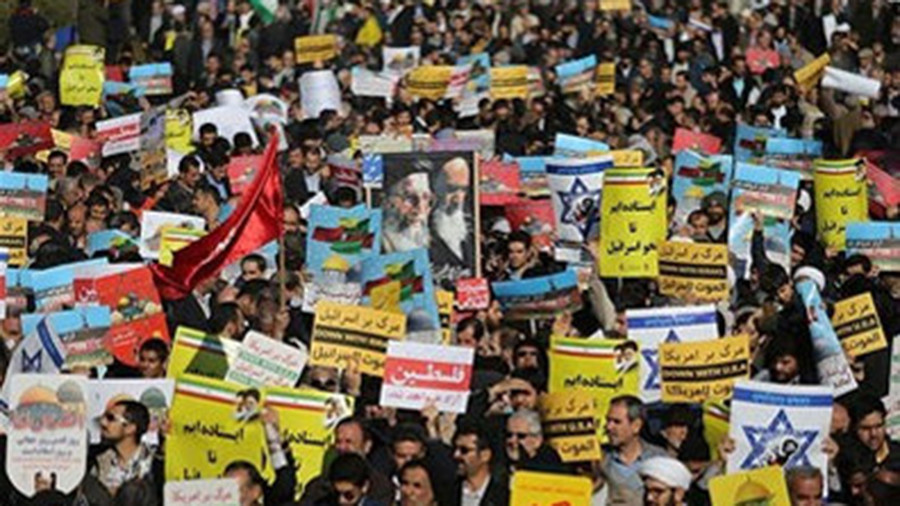 Protesters, who packed the Al-Azhar mosque in the Egyptian capital Cairo, chanted “Jerusalem is Arab! Oh, Trump, you madman, the Arab people are everywhere!” 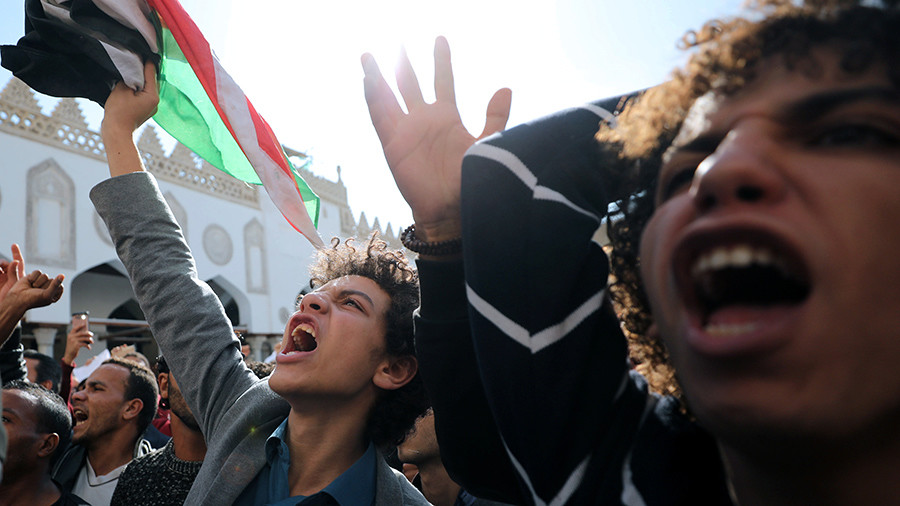 Hundreds of demonstrators set fire to US flags in the Pakistani city of Peshawar, with rallies also reported in the capital Islamabad, Swat and Quetta. 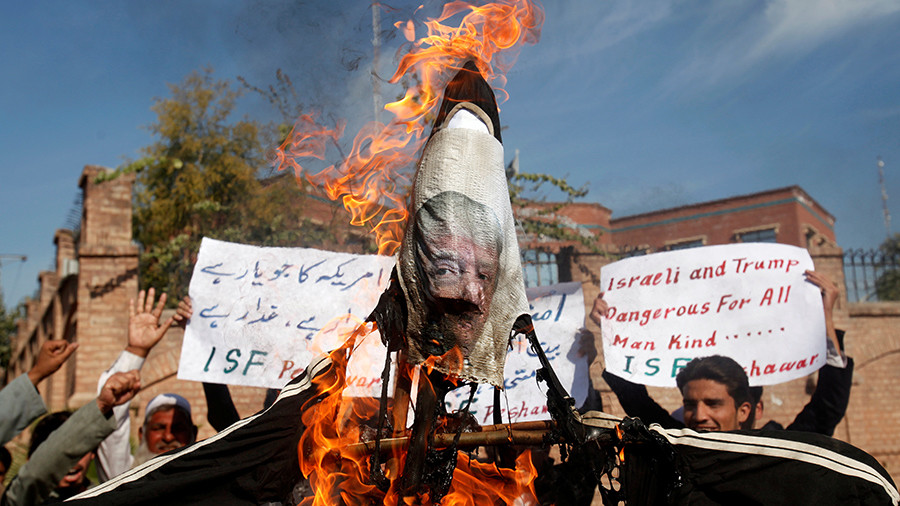 “Death to America! Death to Trump and Israel!” protesters chanted in Afghanistan’s capital, Kabul, where effigies of Trump and at least one US flag were burned. Several hundred people also took part in a rally against recognition of Jerusalem outside the US Embassy in the Jordanian capital Amman. 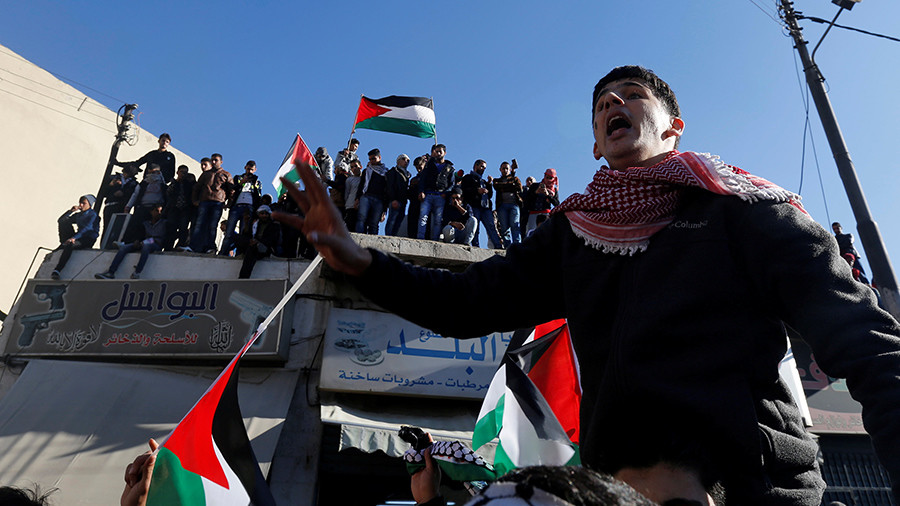 There were also rallies in front of US embassies in the Indonesian capital, Jakarta and in Malaysia’s capital, Kuala Lumpur, where several thousand people assembled. 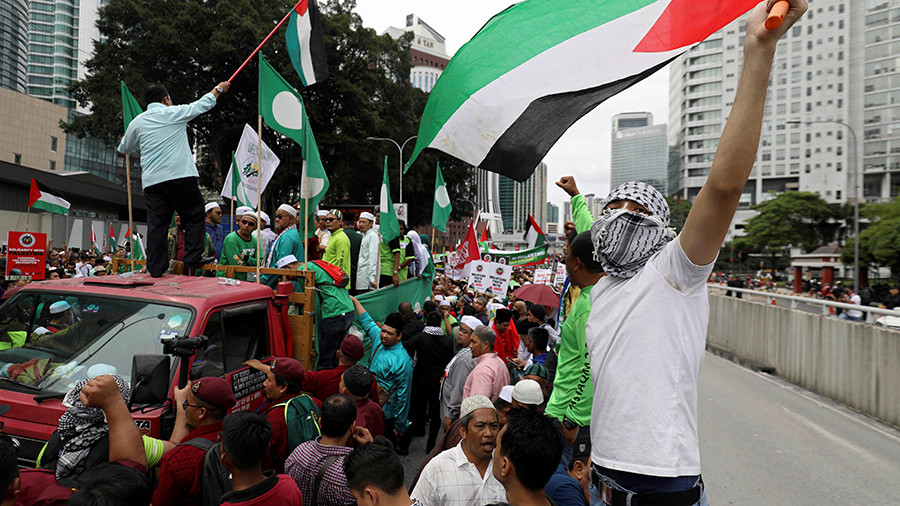