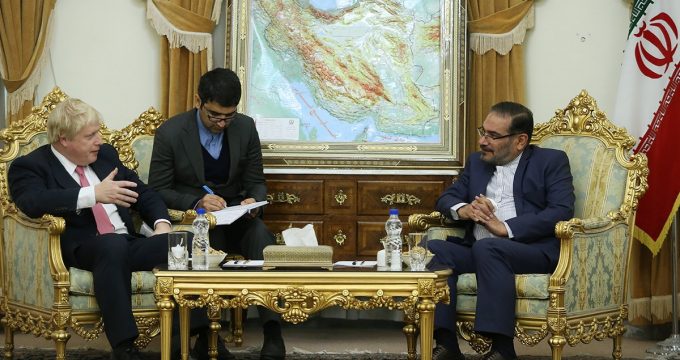 The Guardian | Patrick Wintour: Foreign Office declares visit to Tehran ‘worthwhile’ but no announcement made on Nazanin Zaghari-Ratcliffe

Boris Johnson, the UK foreign secretary, has ended his two-day visit to Iran without any announcement on the release of the British dual national Nazanin Zaghari-Ratcliffe, but has agreed with President Rouhani that Britain and Iran wanted to make progress “on the removal of all obstacles in the Anglo-Iranian relationship”.

The brief statement came after Johnson met Rouhani for an hour to discuss regional and bilateral issues including US and UK banking restrictions and UK concerns “about the consular cases of dual nationals”.

The Foreign Office spokesman said both men “spoke forthrightly about the obstacles in the relationship and agreed on the need to make progress in all areas”.