A Look at Iranian Newspaper Front Pages on December 9

Iran Front Page- IFP has taken a look at the front pages of Iranian newspapers on Saturday, December 9, and picked headlines from 14 of them. IFP has simply translated the headlines and does not vouch for their accuracy.

The top story in all Iranian newspapers was the nationwide protest rallies held by Iranian people on Friday to condemn the US recognition of al-Quds as the Israeli regime’s capital and its decision to relocate its embassy to the city.

Several papers also covered the widespread reactions to the decision made by US President Donald Trump.

1- Rise of Muslims on Day of Rage

2- Ayatollah Sistani: Islamic Ummah Should Be United to Return Quds to Palestinians 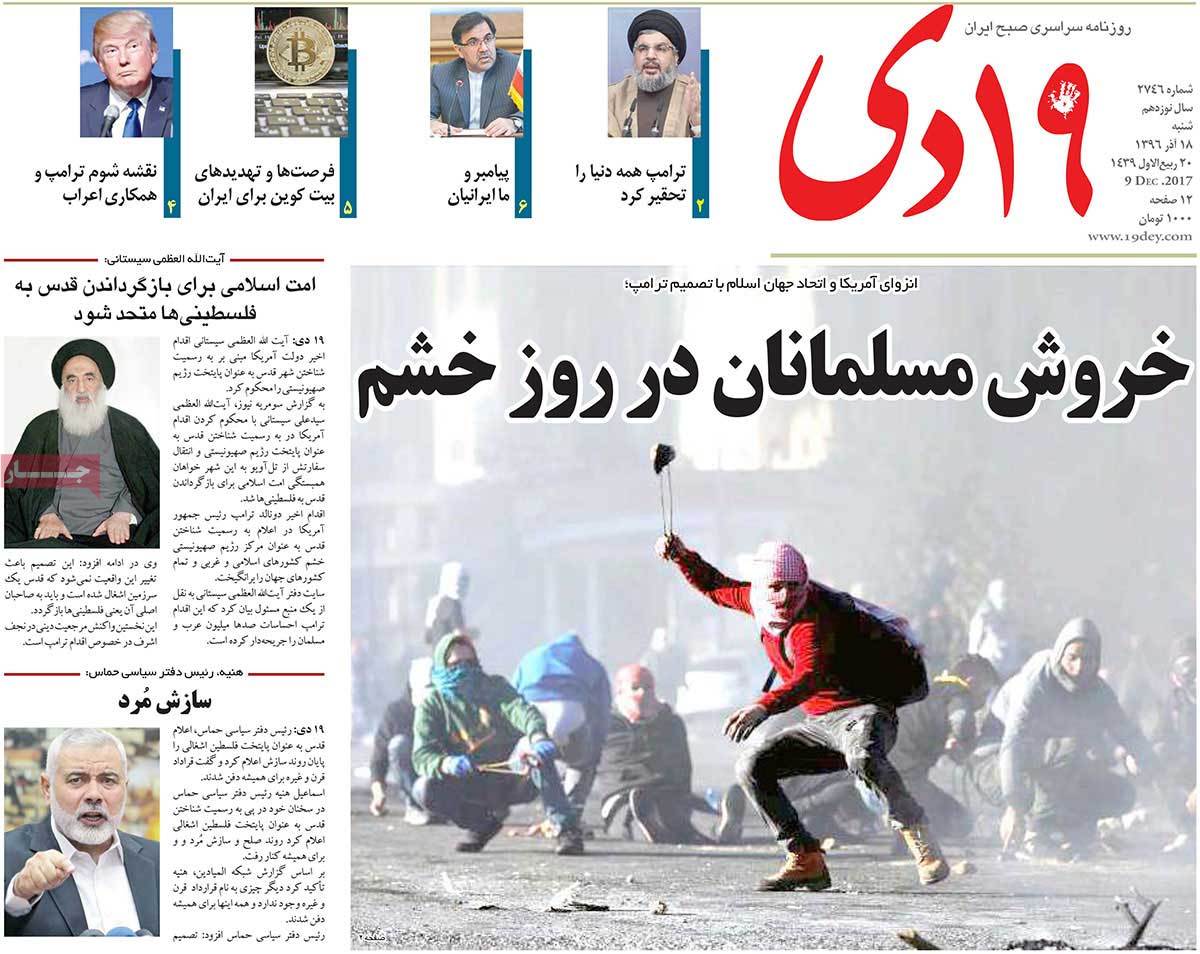 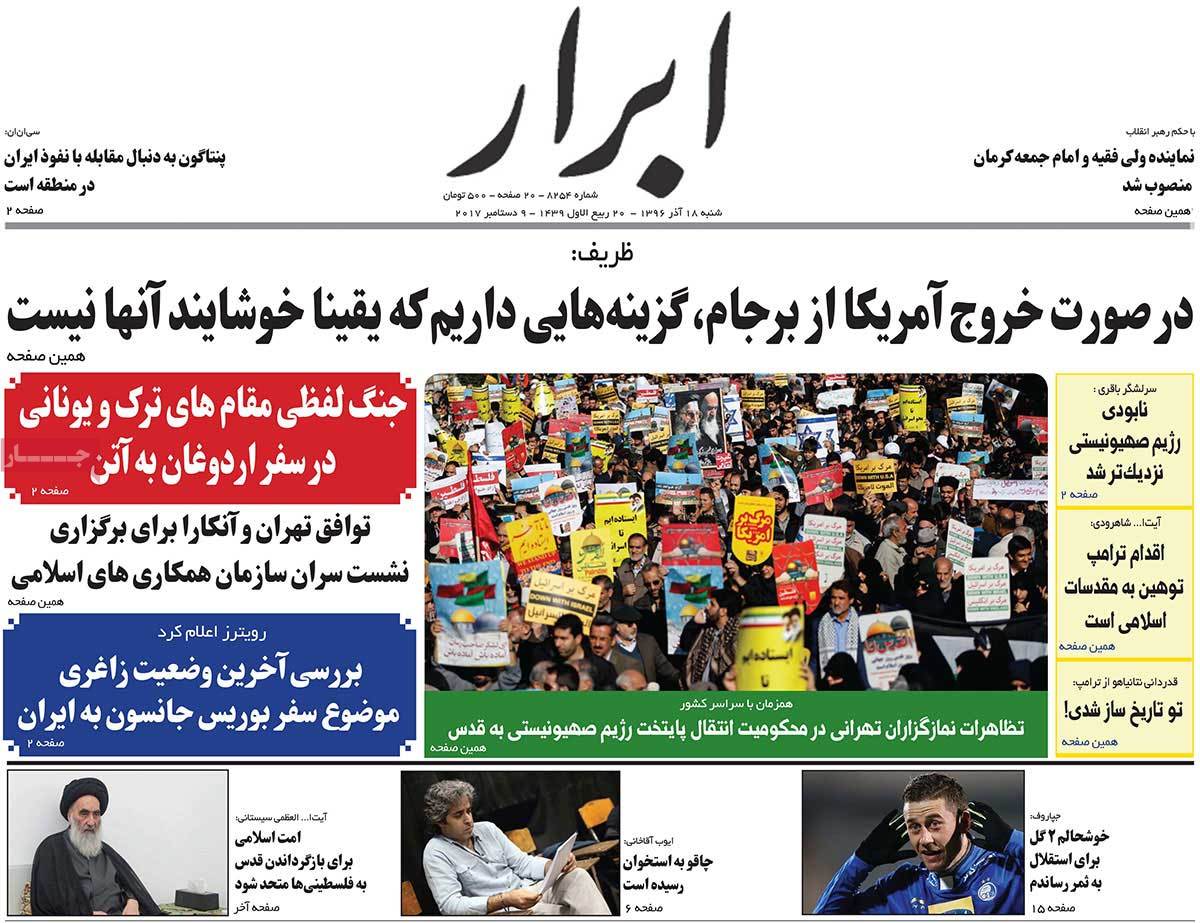 3- Trump’s Goof in Favour of Tehran 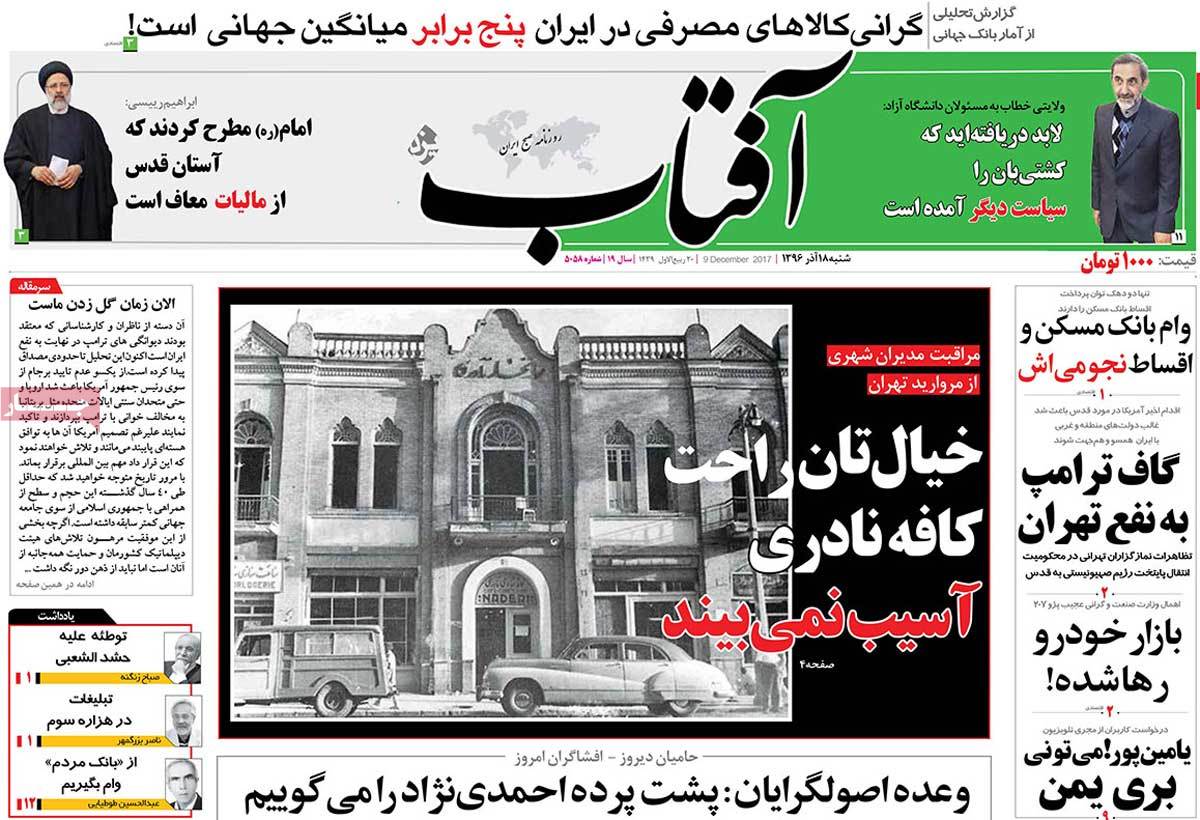 1- Al-Quds Stolen in Broad Daylight: Secrets behind Trump’s Collusion with Arabs on Al-Quds 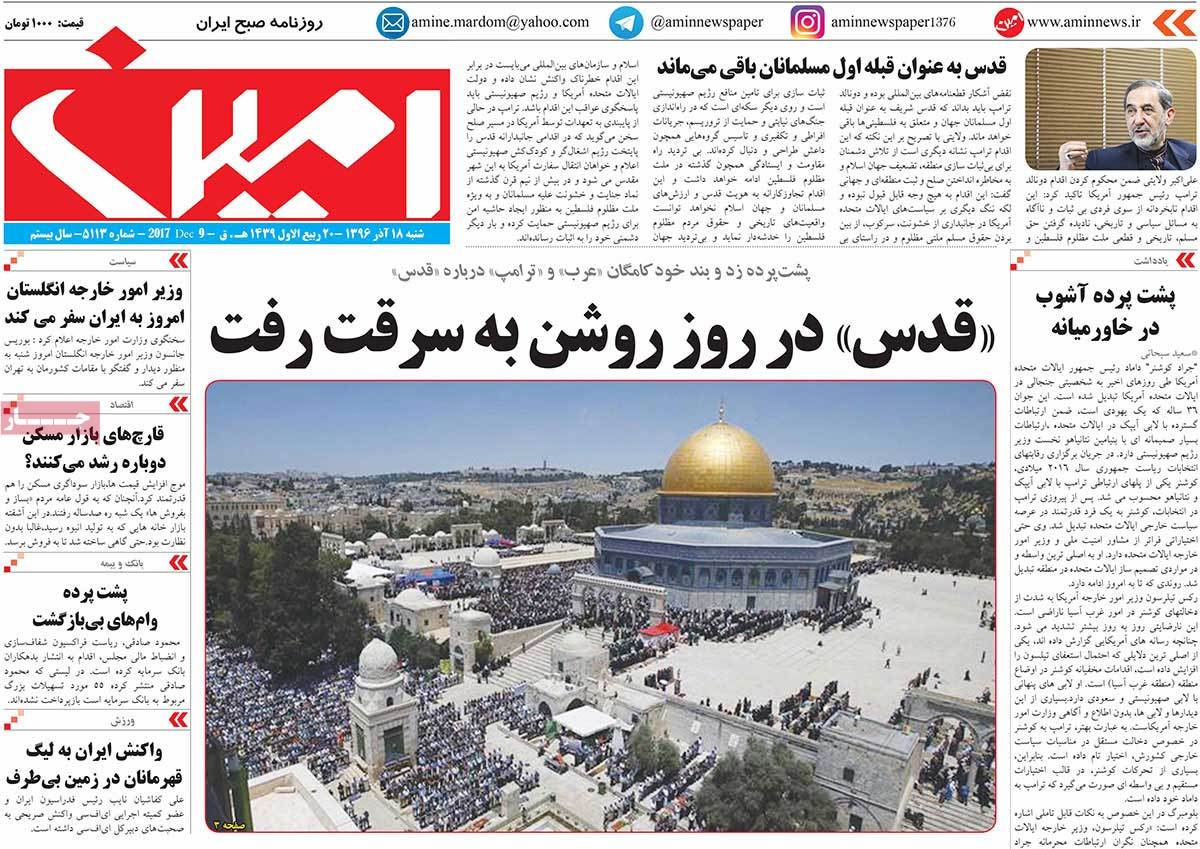 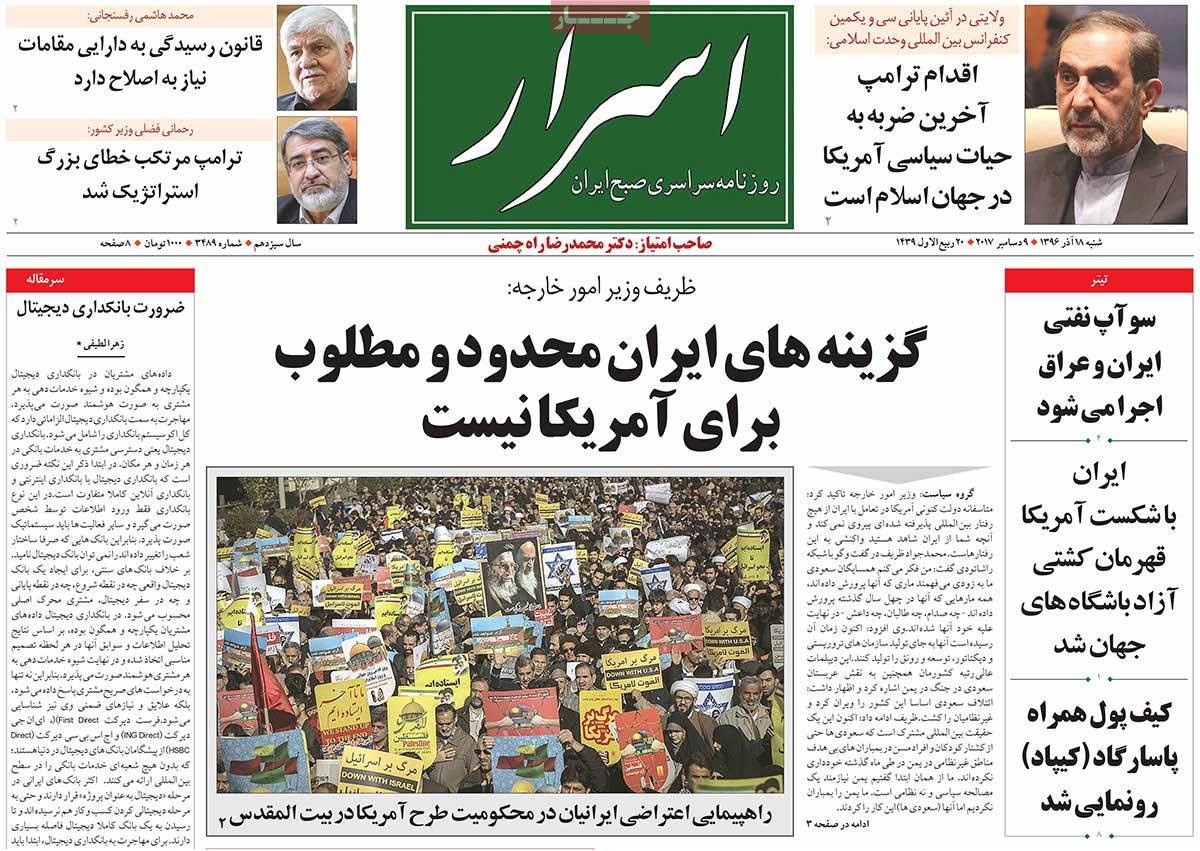 2- Zarif’s Message to US on JCPOA Withdrawal: Iran’s Options Not Pleasant to US 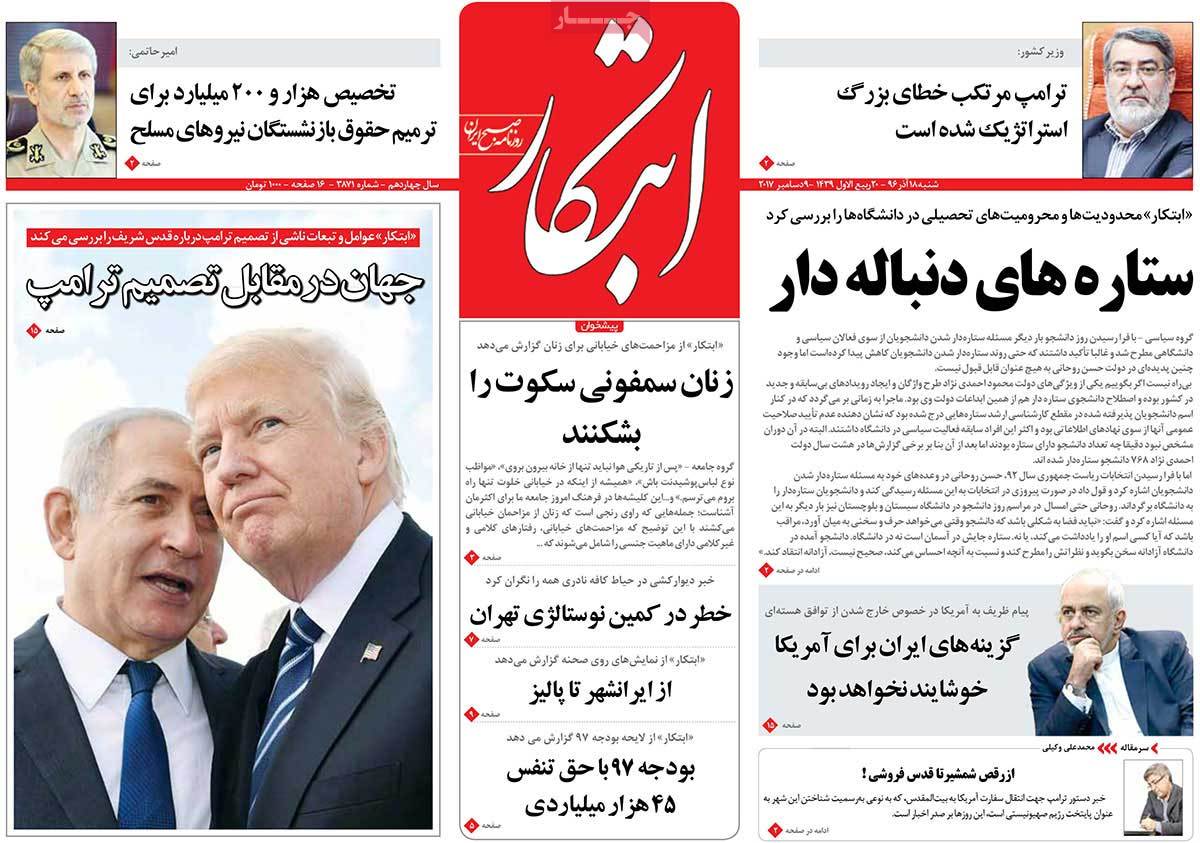 1- Iran Leader Underlines Responsibility of Muslims to Help Save Palestine 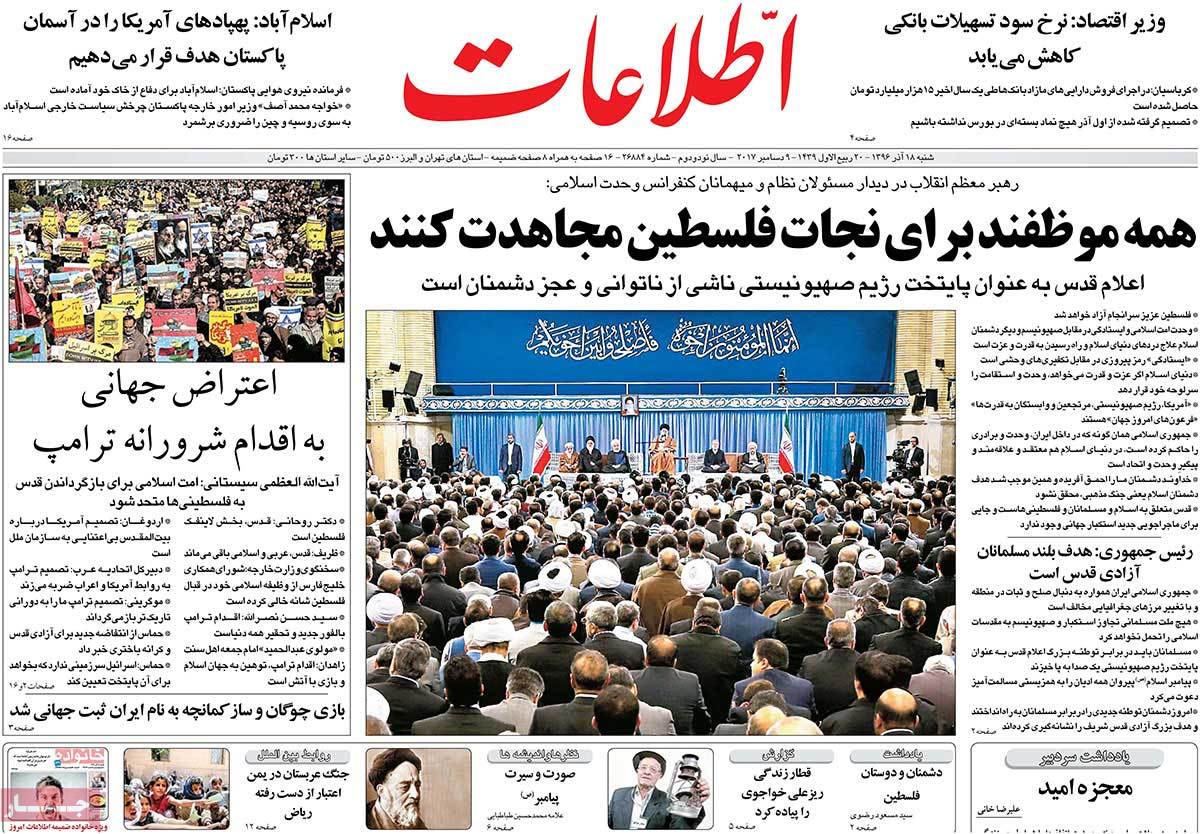 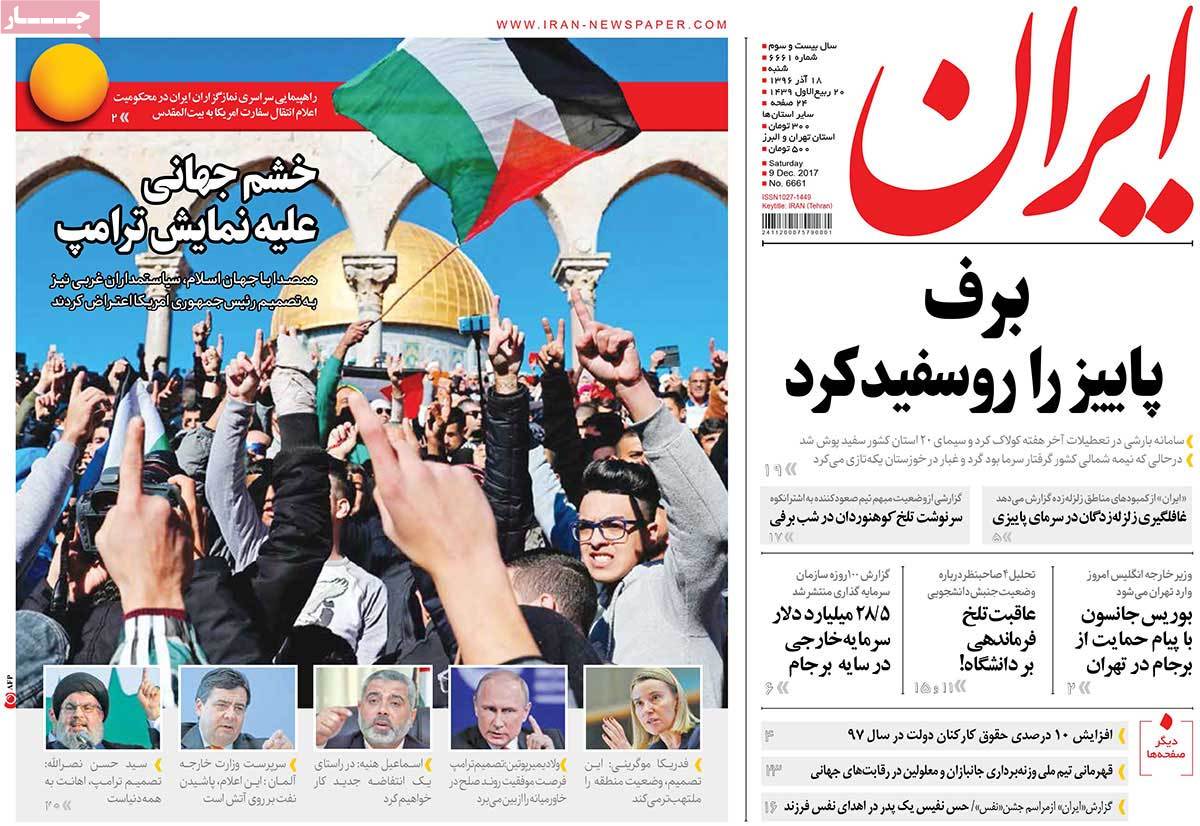 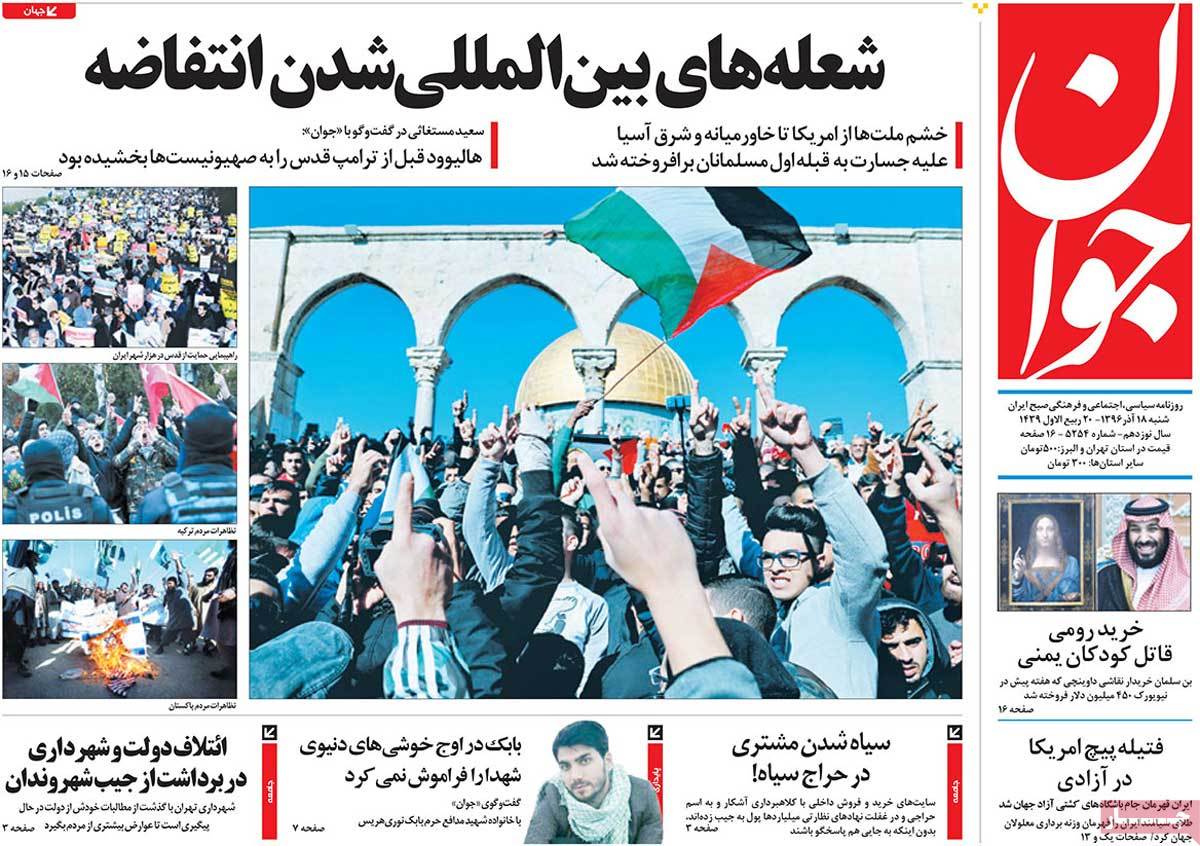 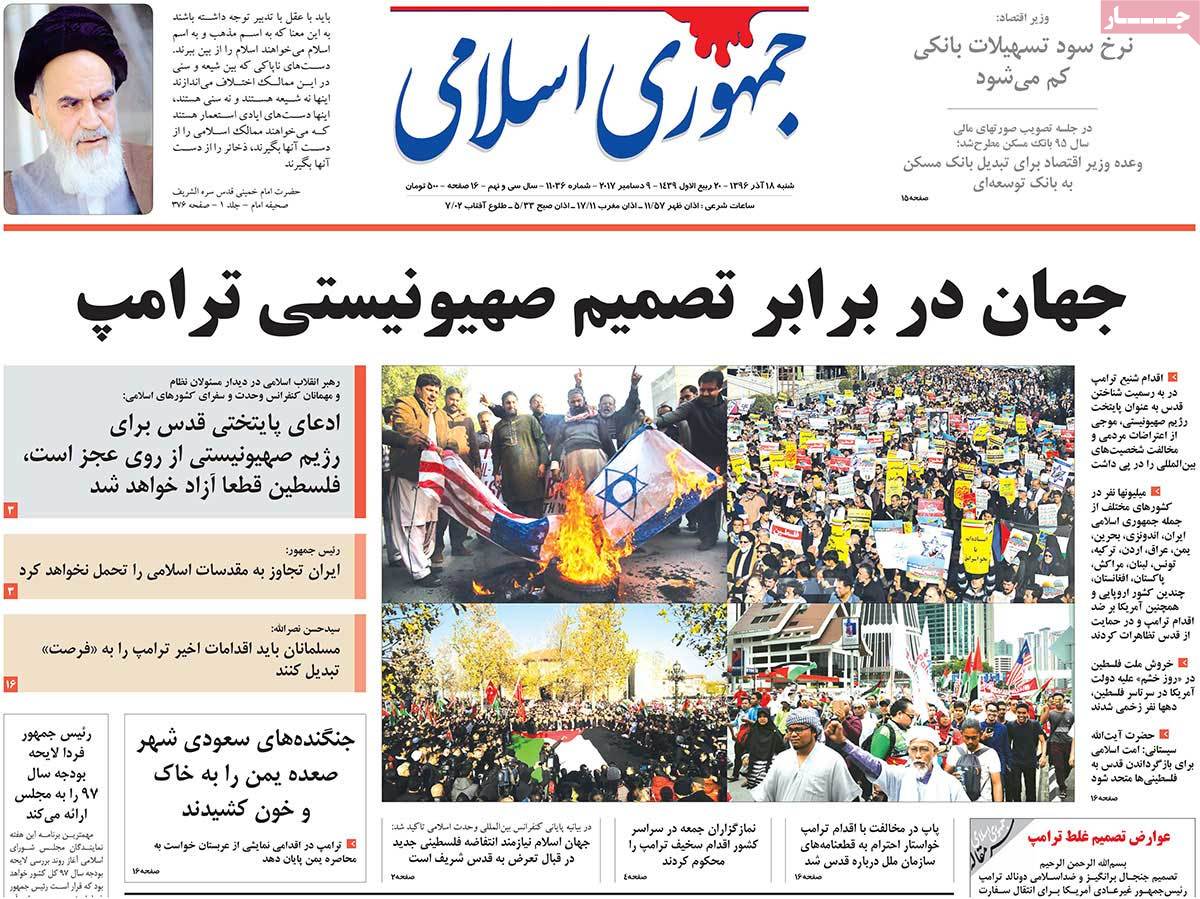 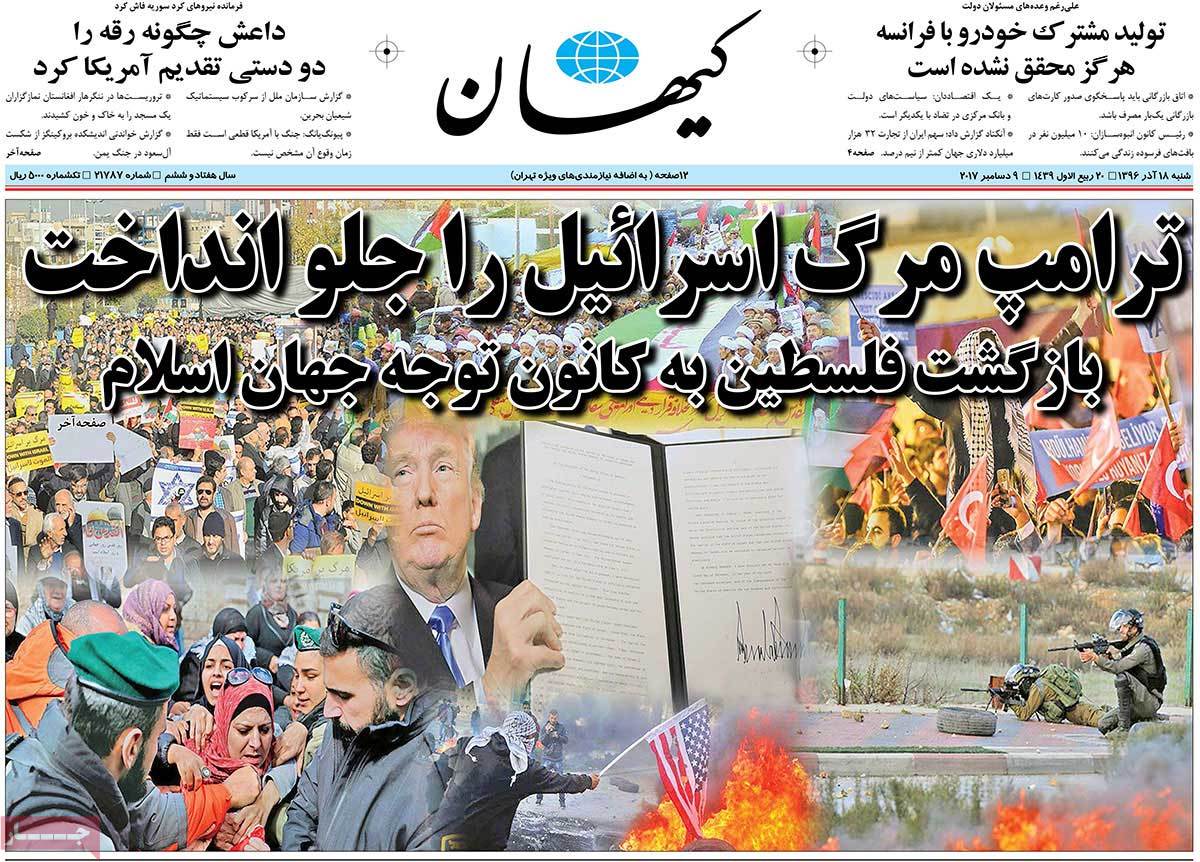 1- Iranian Nation Roars against US Plot

3- Iran Leader: Muslim World to Resist, Palestine to Be Liberated 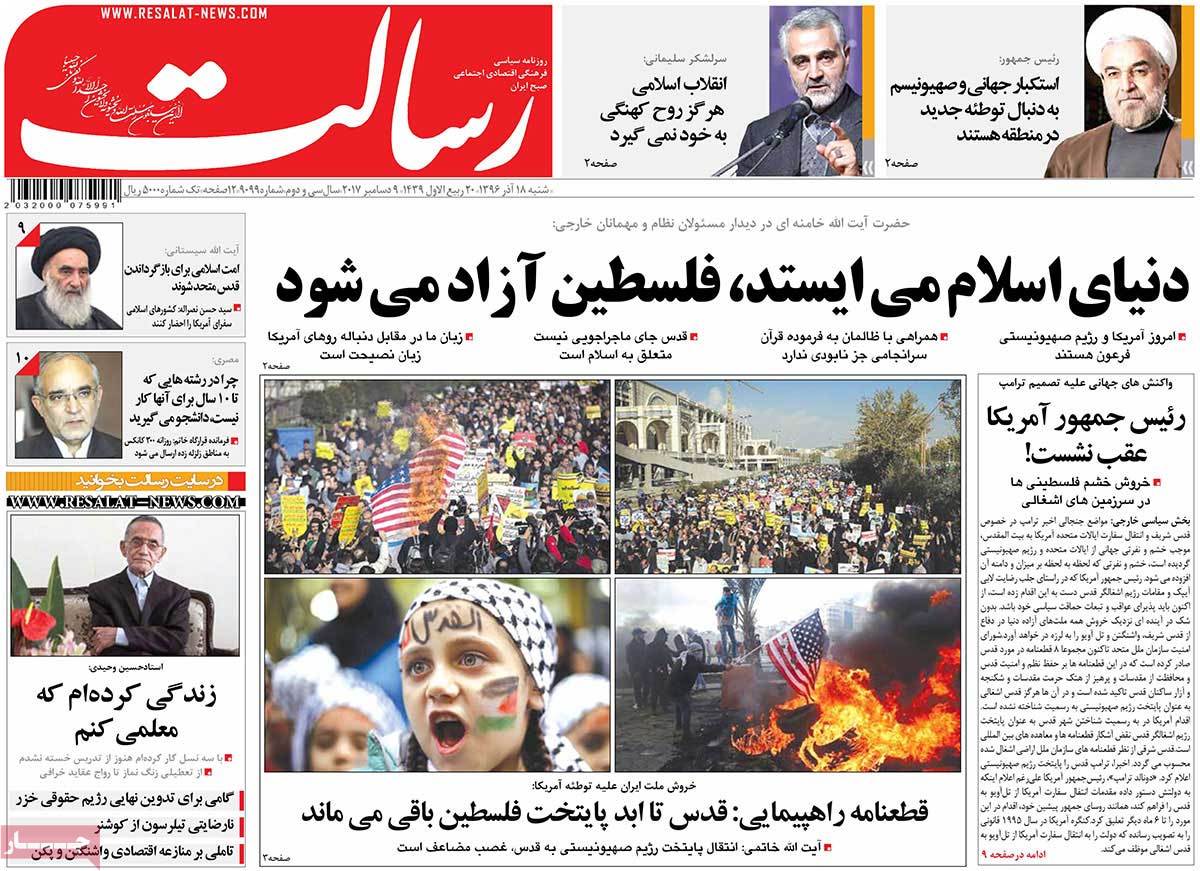