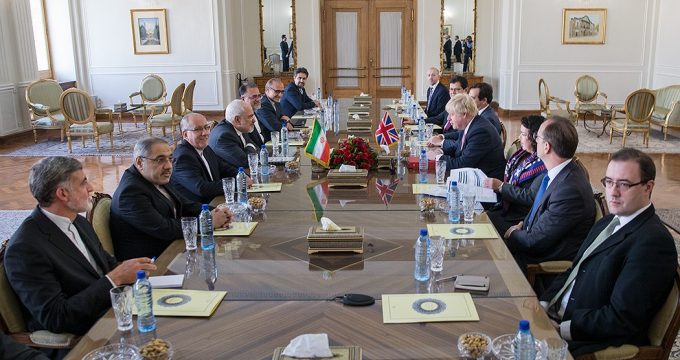 British Foreign Secretary Boris Johnson in a visit to Tehran reaffirmed his country’s commitment to the full implementation of the Joint Comprehensive Plan of Action (JCPOA), a nuclear agreement between Iran and six world powers.

Senior Iranian and Turkish officials in a meeting in Tehran on Saturday discussed mutual cooperation to reinforce the two countries’ security cooperation.

A senior Iranian diplomat says a decision by US President Donald Trump to recognize Jerusalem al-Quds as Israel’s “capital” is aimed at legitimizing the Israeli regime’s occupation of Palestine.

Iran has handed down heavy jail sentences to a former head of its largest state-owned bank who fled to Canada over a record-breaking $2.6 billion embezzlement scandal, the judiciary said on Saturday.

Vigil held for Iranian-American man fatally shot by US police

Hundreds of people have held a vigil in Washington, DC, to express their grief and shock over the shooting death of an Iranian-American by US police last month.