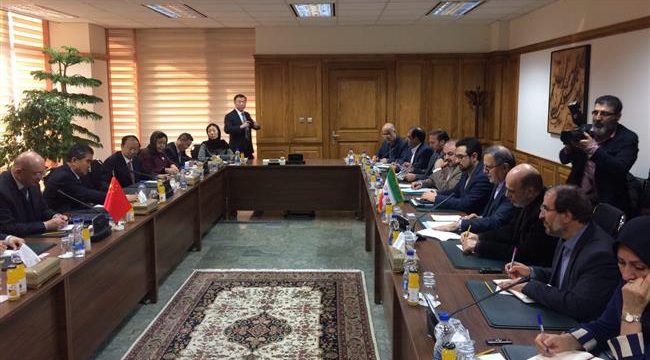 Press TV – Indications are growing that Iran and China are moving closer to a plan to eliminate the dollar from their mutual trade transactions.

The plan was a key topic on the agenda of a recent visit to Tehran by Chen Yuan, the vice-chairman of the Chinese People’s Political Consultative Conference.

Chen, according to Iran’s media, specifically raised the elimination of dollar in Tehran-Beijing trade and replacing it with the local currencies of the two countries in his meeting with Valiollah Seif, the governor of the Central Bank of Iran (CBI).

According to a statement published on CBI website, the Chinese official described the current international payment mechanisms as unfair.

He said the international banking relations would improve if the dominance of certain developed countries on payment mechanisms would be eliminated.

This would require serious efforts by all countries, emphasized Chen, who was the chairman of the China Development Bank from 1998 to 2013.

“We could use the experiences of European countries in establishing the euro as a common currency between many countries, which is not exclusively controlled by a single country. But until then, we need to utilize the maximum available capacities to expand our banking relations,” he was quoted as saying by the CBI.

Seif, for his part, called for measures to facilitate Iran-China banking relations.

He specifically emphasized that Iran had lately established ties with the Exim Bank of China as well as the China Development Bank, adding that such moves could help the expansion of trade between the two countries.

Elsewhere in his remarks, Iran’s top banker said a monetary deal between Tehran and Beijing to enable their traders to use the local currencies would be instrumental in efforts to reduce the reliance of Iran and China on the dollar.