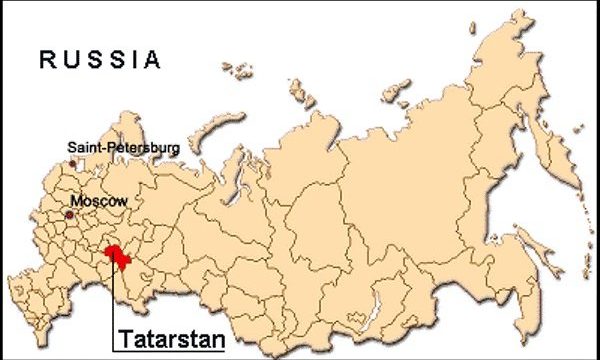 The president on Wednesday met with Iran’s Consul General Ali Bemani Eghbali and managing director of tourism company Iran Markaz Yaqoub Qasemi in the capital city of the Republic of Tatarstan, Kazan.

Some other officials in the tourism sector of Tatarstan attended the meeting.

Minnikhanov also urged Tatar officials to pursue the tourism relations with Iran seriously and provide the Iranian companies with facilities required for realization of the goal.

Qasemi, at the meeting, said given the satisfactory conditions and mutual interest, establishing direct flights between Iran and Tatarstan is among the measures the two countries can take to boost tourism ties.

Tatarstan with an area of 68,000 square kilometers is located in the Russian Volga district. Its population is 3,876,000.

The republic has 21 big and medium cities, as well as hundreds of towns and villages.

Tatarstan is among the leading industrial, oil producing republics of Russia.