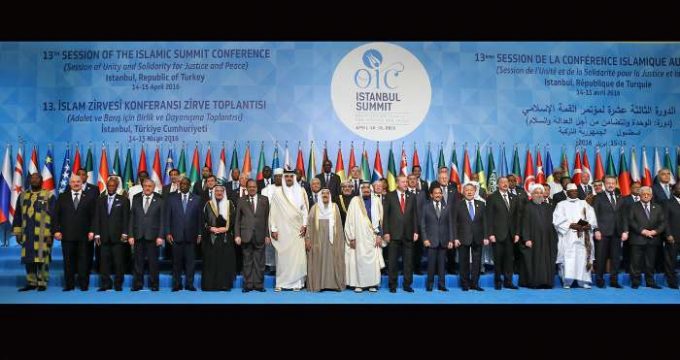 IRNA – Organization of the Islamic Cooperation (OIC) in a statement issued here on Thursday announced that President Trump’s decision concerning recognition of al-Quds as capital of Israel contradicts international law and will not legitimize Israel’s occupation.

OIC criticized the US president’s decision on Al-Quds, and said that the decision is a step to hurt Muslims sentiments.

The statement said this decision ruined Washington’s role in peace process and that by such illegal decision, the position, identity and history of al-Quds will not change.

It underlined that al-Quds is an inseparable part of Palestine in its 1967 borders.

US President Donald Trump on Wednesday evening in a press conference by ignoring UN Security Council Resolution 478 dated 1980 which called Israel’s move to annex East al-Quds and announce that as Israel’s capital as ‘Illegal’, and said, ‘Time is ripe to recognize Quds as Israel capital.’

He also ordered necessary preparedness to be done to relocate the US embassy from Tel Aviv to al-Quds.

In 1967, Israel occupied Quds and called it as ‘Eternal capital of Israel’, but international community did not recognize the move and Palestinians consider it as their own capital.