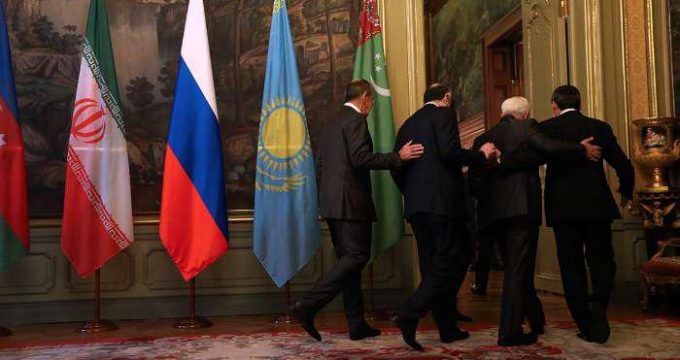 ‘Our neighbors are our priority. Anything possible when you (literally) have each other’s backs,’ Zarif wrote in his Twitter account.

Ahmad Moeini Jam, photographer of the Islamic Republic News Agency (IRNA), was appreciated for his photo depicting image of the Foreign Ministers of the Caspian Sea littoral states in Russia.

He captured the moment of the ministers entering the meeting hall while they were leading each other to the place.

Speaking to reporters at the end of the meeting, Zarif said the foreign ministers and members of diplomatic delegations had appreciated the photo.

At the 7th meeting of five Caspian Sea littoral states (December 4-5) in Moscow, foreign ministers of Iran, Russia, Azerbaijan, Kazakhstan and Turkmenistan reached agreement on some outstanding issues of the sea’s legal status.