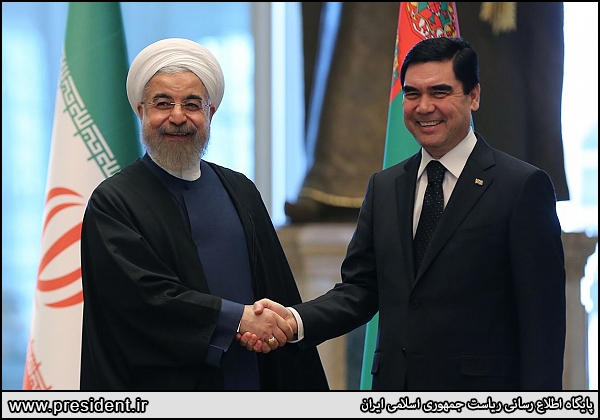 Press TV – Turkmenistan says it plans to take a dispute with Iran over gas supplies to international arbitration.

Reports said on Tuesday that Turkmen President Kurbanguly Berdymukhamedov had the day before discussed the issue with Myrat Archayev, head of state gas firm Turkmengas.

Archayev told Berdymukhamedov that talks had fallen through and the Iranian side had proposed taking the matter to arbitration, according to a report by Reuters.

Berdymukhamedov had accordingly ordered Archayev to file a complaint against Iran in international courts to seek about $1.8 billion for previous gas deliveries from Iran, Reuters added quoting a report by Turkmenistan’s stat news agency TDH.

Turkmenistan stopped the gas flow to Iran in January 2017, demanding that the Islamic Republic settle a debt which allegedly remained outstanding from previous imports.

Ashgabat claims Iran owes it $1.8 billion from sales between 2007 and 2008 when freezing winters led to severe shortages across 20 Iranian provinces, forcing the country to raise gas imports from its northeastern neighbor.

At the time, Turkmenistan pounced on the occasion to demand a nine-fold hike which yanked the price up to $360 from $40 for every 1,000 cubic meters of gas.

According to Turkmen officials, the balance has built up to a debt of $1.8 billion which Iran is rejecting and has threatened to take the case to international arbitration.

Iran last December said it had paid off its debt “and the remaining cases have to be reviewed and decided by experts,” Reuters added. In January, the National Iranian Gas Company (NIGC) – the company in charge of the country’s gas sector – said a plan was on agenda to file a lawsuit against Turkmenistan over stopping gas exports to Iran.

Iran has its own major gas fields in the south of the country but has imported gas from Turkmenistan since 1997 for distribution in its northern provinces, especially during the winter.

Turkmenistan has no access to open seas and its shipment of gas to international markets has to go through the neighbors, including Iran which was the Central Asian country’s biggest gas customer.

Russia was also importing natural gas from Turkmenistan but halted imports last year in what is believed to have put the country into a hard currency shortfall crisis.