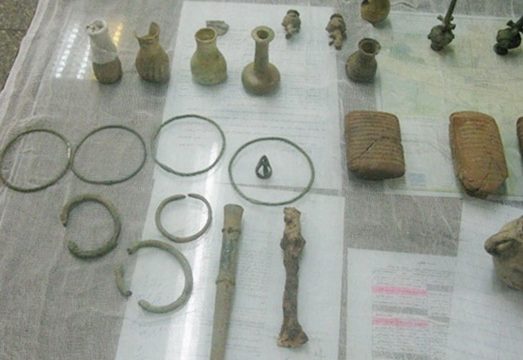 Some justices of the US Supreme Court indicated Monday the artifacts, on loan from Iran since 1937, could be confiscated to pay for a $71 million court judgment against Tehran.

Several other justices, meanwhile, voiced skepticism that non-commercial property like the Persian artifacts can be seized.

The artifacts, including at least 30,000 clay tablets and fragments with some of the oldest writing in the world, are kept at Chicago’s Field Museum of Natural History and the University of Chicago’s Oriental Institute.

The plaintiffs accuse Iran of supporting the Palestinian movement Hamas, which they accuse of an attack in Jerusalem al-Quds in 1997.

They have been awarded $71 million and are now seeking to earn it by grabbing the Persian artifacts.

However, Justice Sonia Sotomayor told the plaintiff’s lawyer, Asher Perlin, that the issue should be addressed by the US Congress.

“I don’t think there will be a mad rush to grab antiquities,” Perlin replied, but when he was told by Justice Stephen Breyer that this is exactly what his clients are up, he argued that Iranians “don’t care what the American courts say.”

“It’s not Argentina, where they can’t afford to pay the judgment,” he said, trumpeting another anti-Iran allegation promoted by the Israeli regime.

A decision in the case is due by the end of June.

According to Reuters, the Justice Department’s Zachary Tripp told the justices that if the seizure of property of “cultural and historic significance to another country and its people” was allowed, it would have explicitly been said so in the law, but was not.

According to the Foreign Sovereign Immunities Act, foreign governments should be shielded from liability and their assets from seizure, but the law does not apply to Iran as it has been listed by the US government as a state sponsors of terrorism.

The case has grown out of a September 1997 bombing at a pedestrian mall in Jerusalem al-Quds that killed five people and injured 200.

The museums, meanwhile, have argued that the artifacts could not be seized to pay the judgment because they are subject to immunity under US law.

Iran has been a victim of baseless claims of support for terrorism, backed mostly by Zionists in the US and Israel.