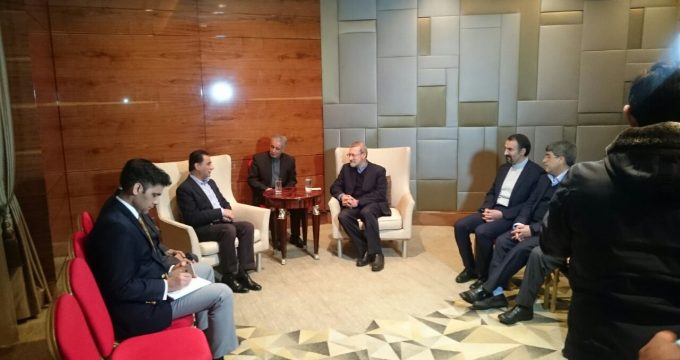 Larijani and his Pakistani counterpart who are currently in Moscow to attend the International Conference on Fighting Drugs also dealt with issues of security concerns including fighting terrorism and narcotics smuggling as the two major challenges facing the two countries.

Both officials also discussed bolstering cooperation between the two neighboring and friendly states.

He also called for exchanging parliamentary experience during the International Conference on Fighting Drugs slated to open Monday.

The conference has brought together parliament speakers from over 40 countries including Iran.