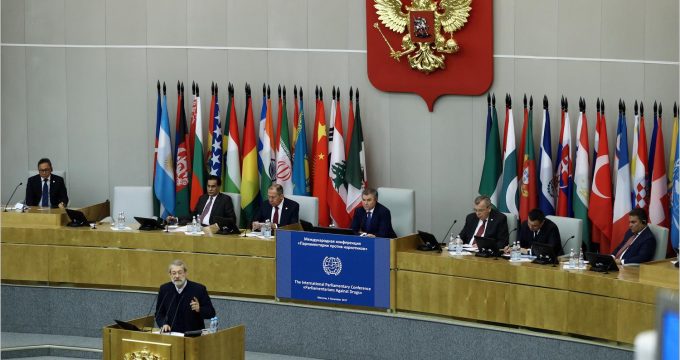 About 500 participants including parliament speakers from over 40 world countries have attended the anti-drug event.

In the opening session of the conference, the chairman of Russian State Duma Vyacheslav Volodin emphasized the neccesity of intensifying the fight against illegal drugs and suggested more severe punishments for advertising drugs and hallucinogens.

‘The goal of the conference is to establish a parliamentary dimension of international anti-drug cooperation and develop the existing legal framework for international cooperation in the fight against the spread and use of drug substances and on preventive healthcare and treatment of drug addicts,’ Russian News Agency TASS quoted the State Duma Department for Public and Media Relations as explaining the event’s aims.