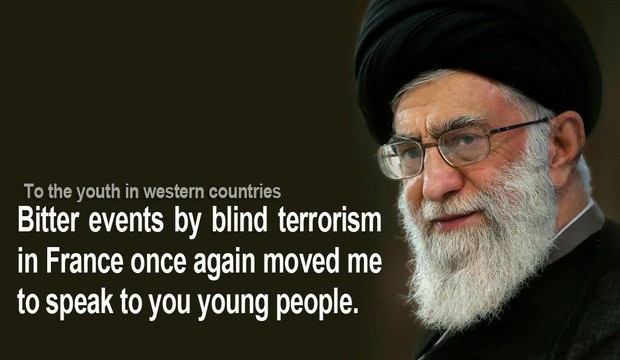 Conference held in Tehran on Leader’s letters to Western youth

Tasnim – Iran’s capital of Tehran on Sunday hosted a conference to discuss the impacts of the two letters that Leader of the Islamic Revolution Ayatollah Seyed Ali Khamenei has sent to the youth in Western countries.

The “Dawn of Truth” conference kicked off in Tehran on Sunday morning with a host of political, academic and cultural figures in attendance.

The conference is marking the anniversary of Ayatollah Khamenei’s second letter to the Western youth in 2015.

Imam Khamenei first wrote a letter to youths of Europe and North America on January 21, 2015, to elaborate on the reasons behind the West’s effort to spread Islamophobia.

Later on November 29, 2015, Ayatollah Khamenei sent the second letter following a series of terrorist attacks in France, elaborating on the real factors behind terrorism and asking the young people to “lay the foundation for an appropriate and honorable interaction with the Muslim world based on correct knowledge and with deep insight and by taking advantage of tragic experiences (of the past)”.

Hamidreza Moqaddamfar, chairperson of the popular committee on propagation of Ayatollah Khamenei’s letters, is also going to give his report on the popular and voluntary moves by people inside and outside Iran to let the younger generation know about the letters both in the real world and the cyberspace.

A number of artists would also be awarded for their cultural works concerning those letters and their impact on the young people living in the West.

The Leader’s two letters to the Western youth circulated rapidly in the social networks, although Western and Zionist media outlets tried to censor the message.