A Look at Iranian Newspaper Front Pages on December 2

Iran Front Page- IFP has taken a look at the front pages of Iranian newspapers on Saturday, December 2, and picked headlines from 14 of them. IFP has simply translated the headlines and does not vouch for their accuracy.

The top story today was the FIFA World Cup 2018 draws, in which Iran was drawn with Morocco and European powerhouses Portugal and Spain.

The remarks by EU Foreign Policy Chief Federica Mogherini about the Iran nuclear deal and her strong support for its implementation also received great coverage.

Among other top stories were the 6.1-magnitude earthquake that hit Iran’s southeastern province of Kerman, and the comments made by Iran’s First Vice-President Es’haq Jahangiri in the Shanghai Cooperation Organization (SCO) summit in Sochi. 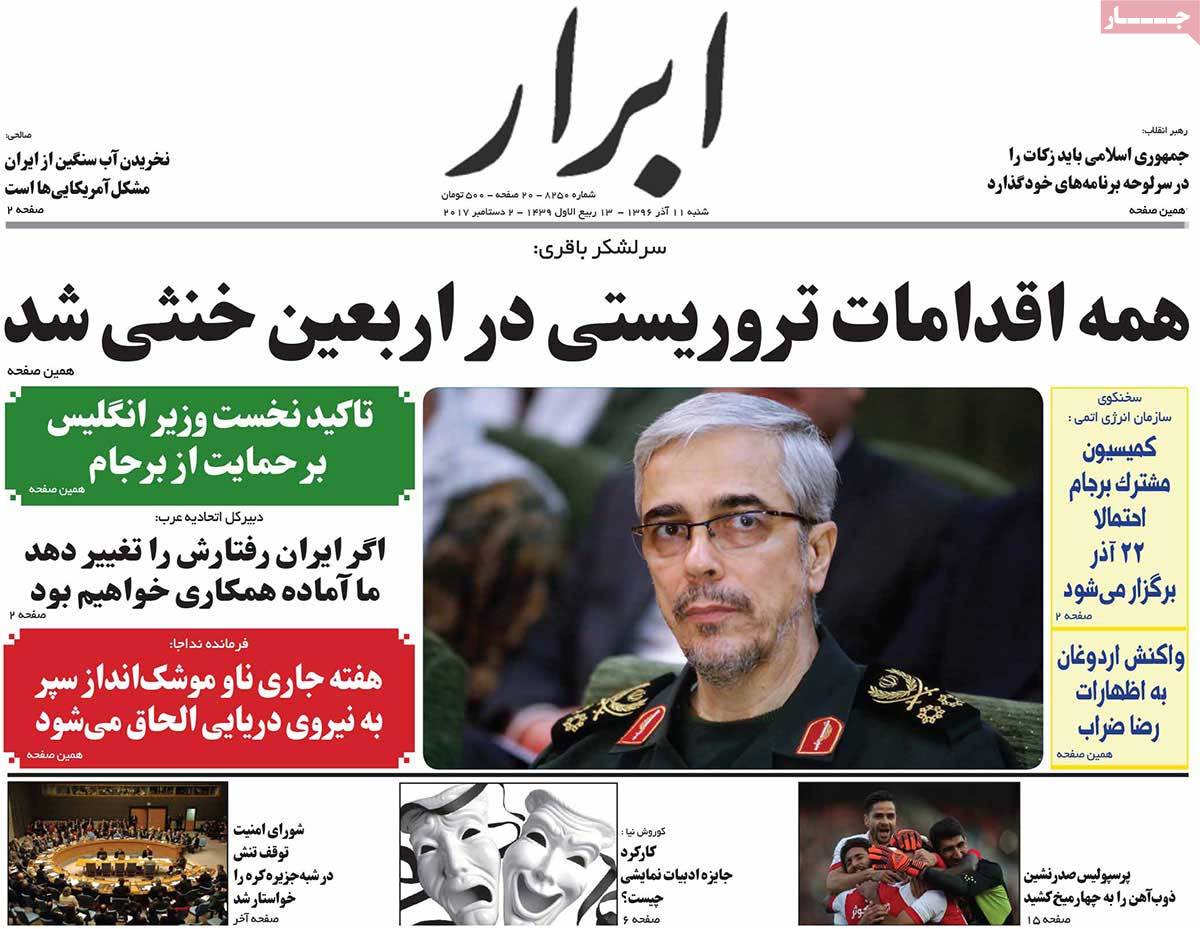 3- Zarif: Europe Has Been Decisive in Declaring Its JCPOA Stances 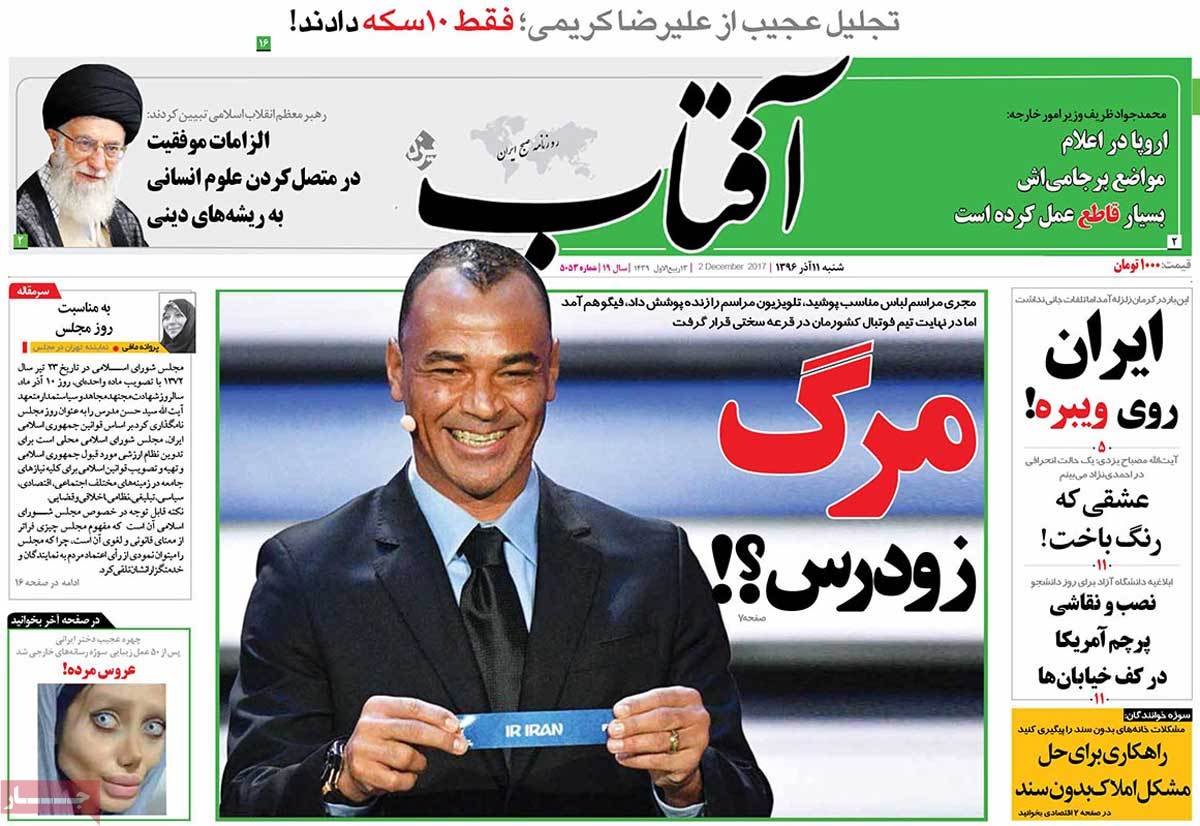 2- Oil Minister: US Sanctions Not Important to Iran 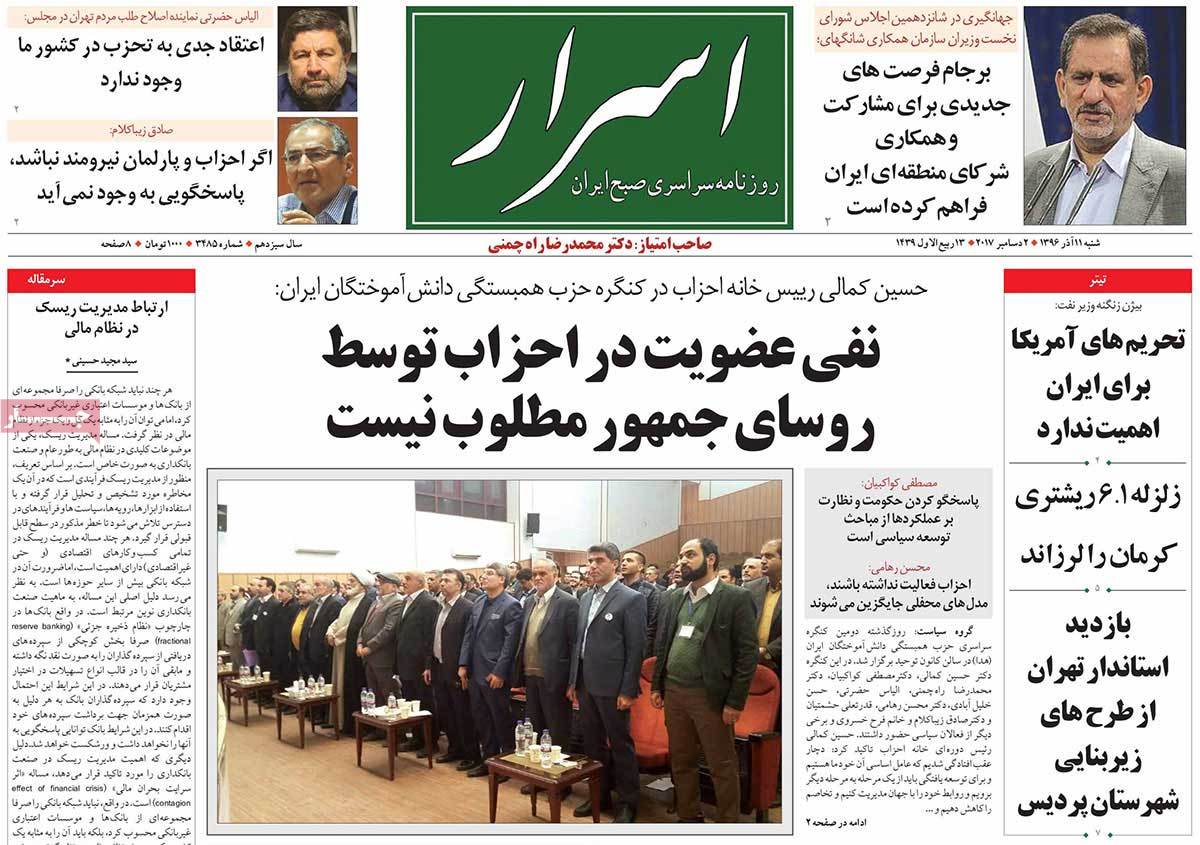 1- Zarif in Rome: JCPOA Best Possible Deal for All Parties 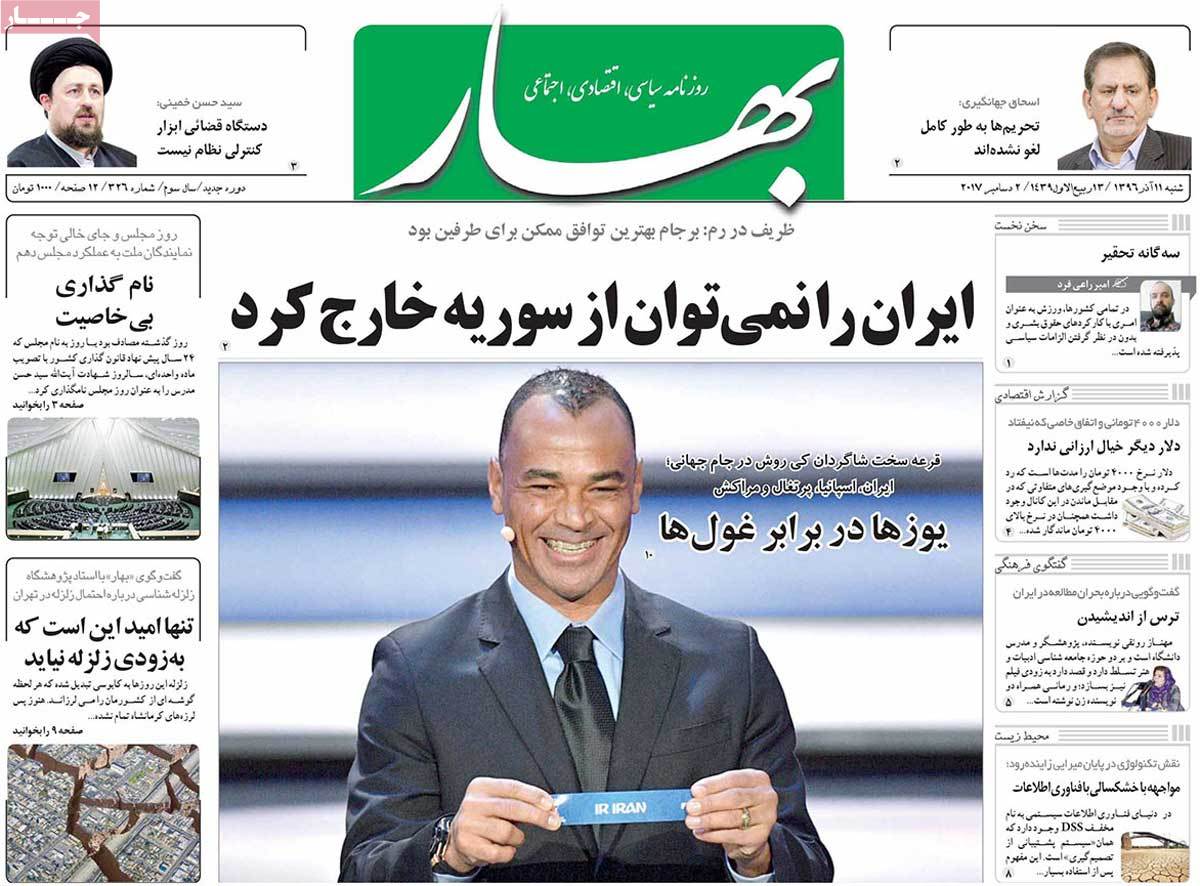 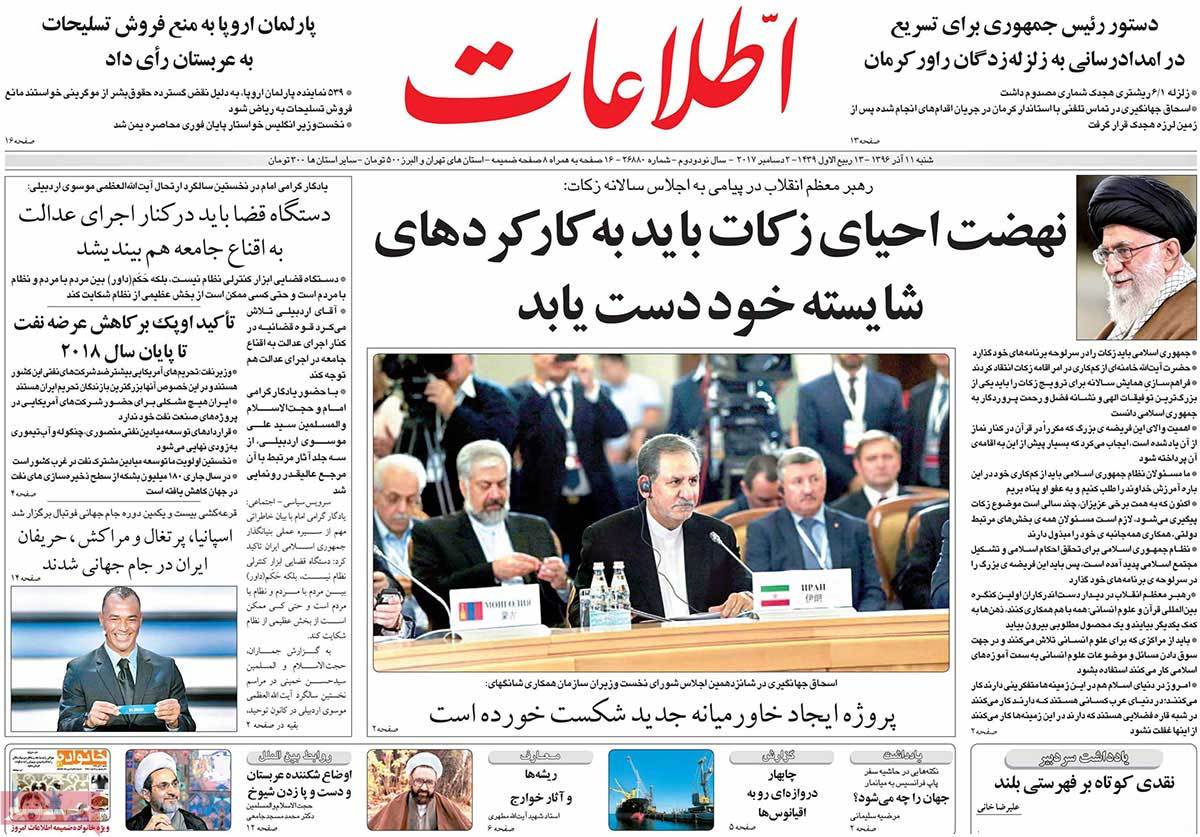 1- Zarif: Europe Should Give Practical Guarantee on JCPOA 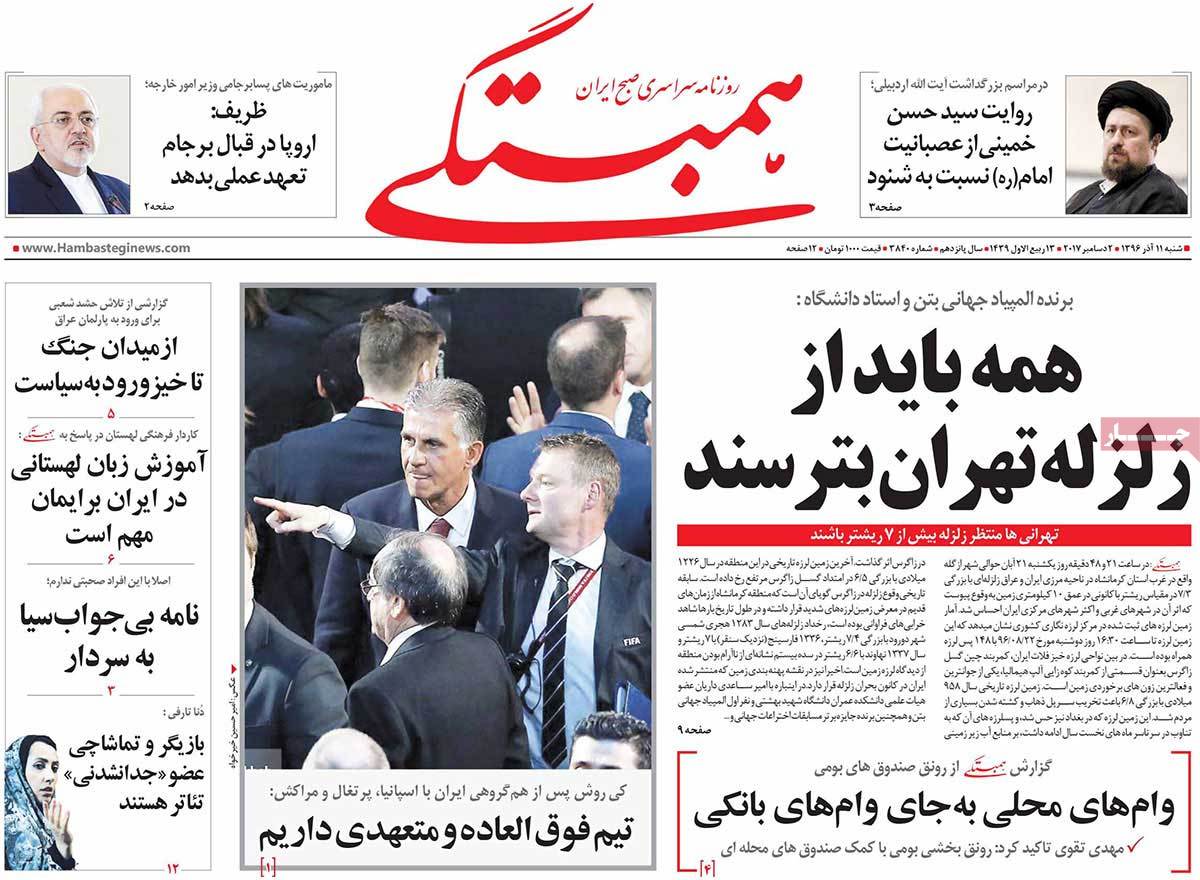 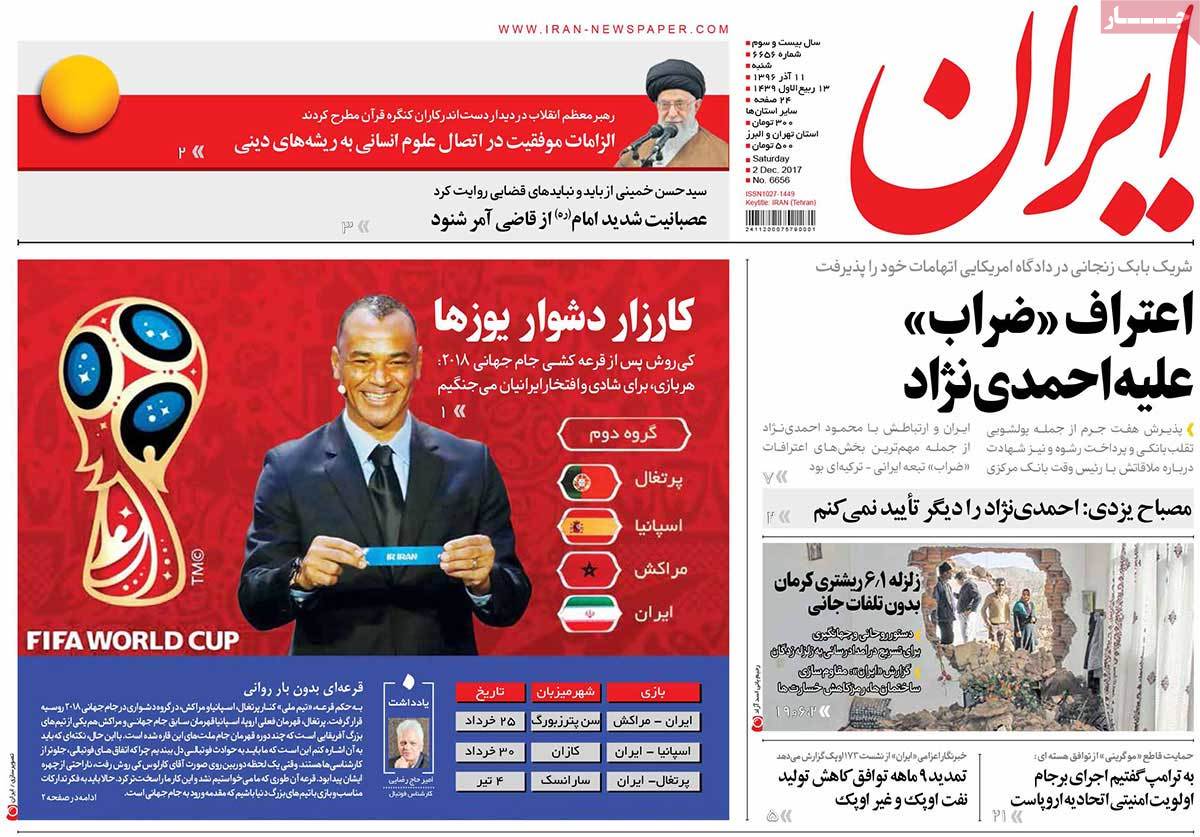 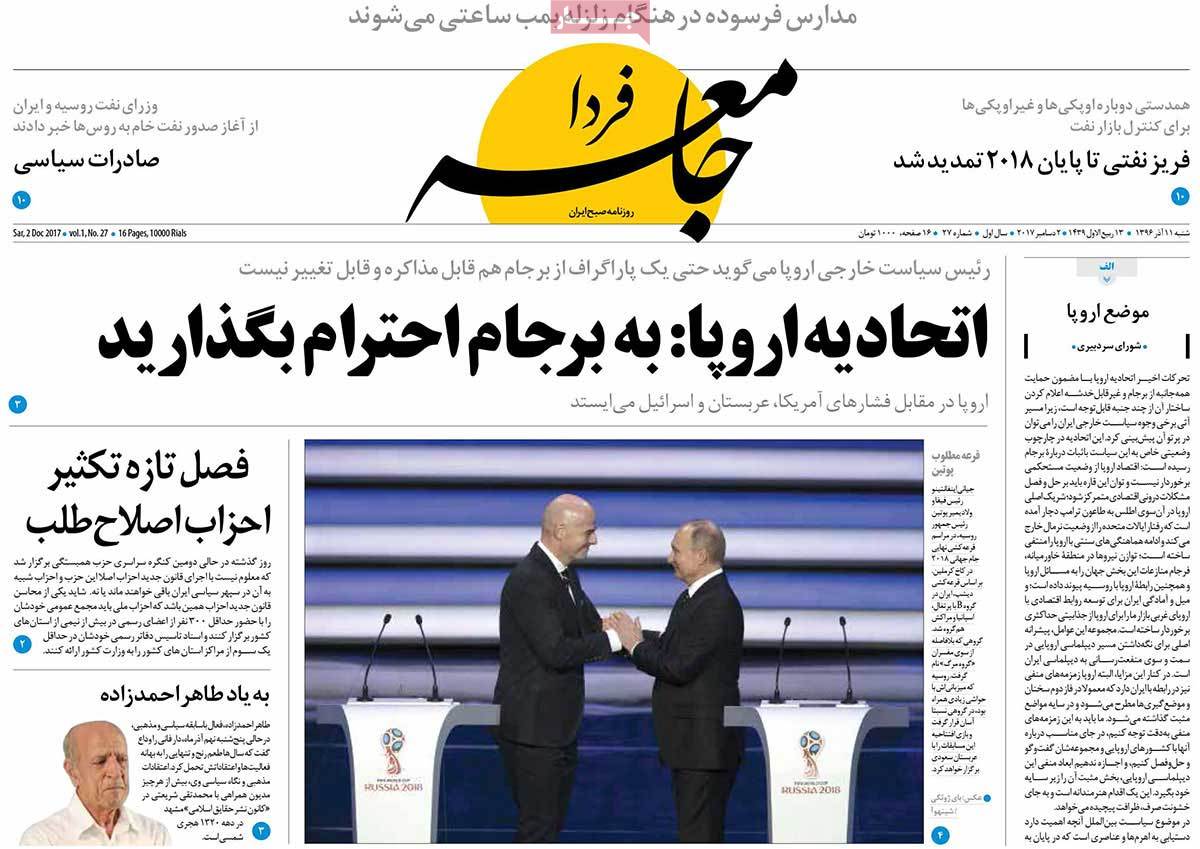 1- Fear and Excitement in Iran Group: No Luck for Iranians 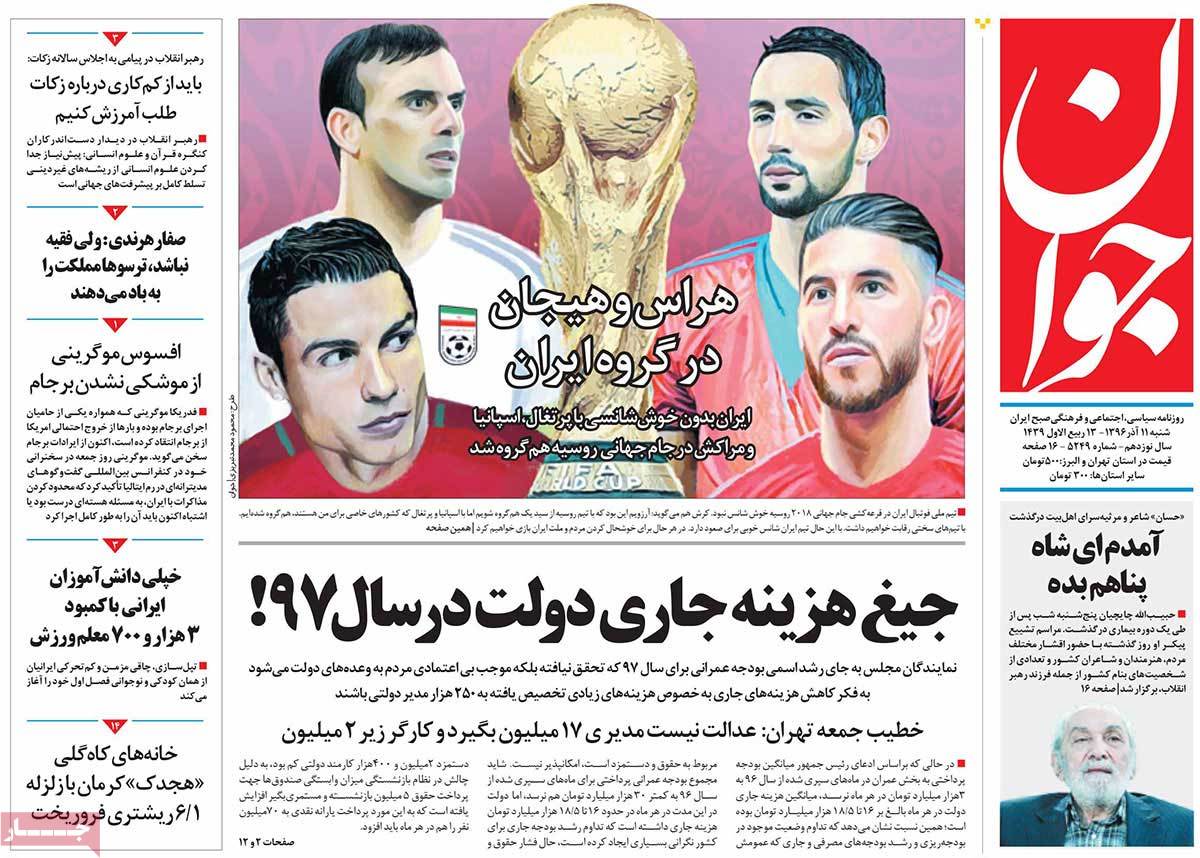 1- 6.1-Magnitude Quake, This Time in Kerman: Houses Collapse in Villages 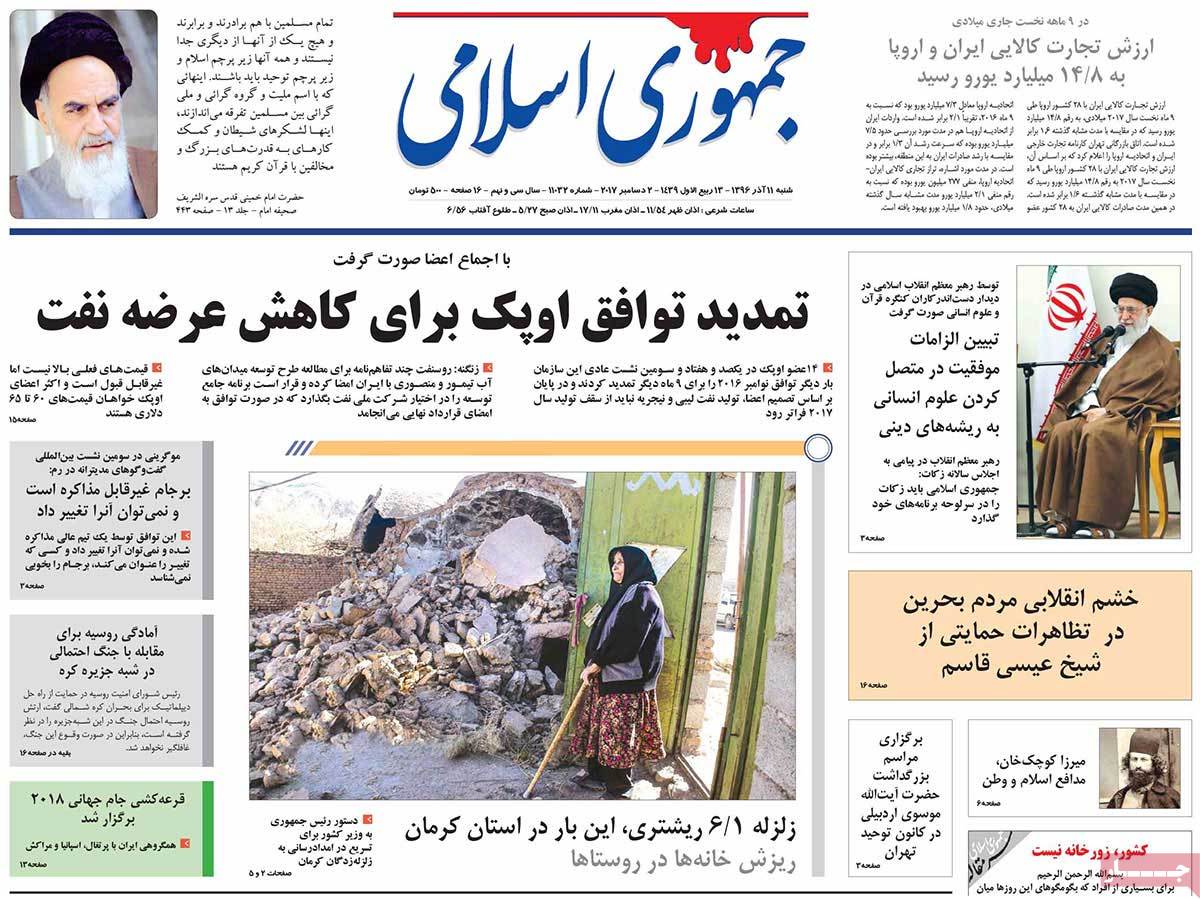 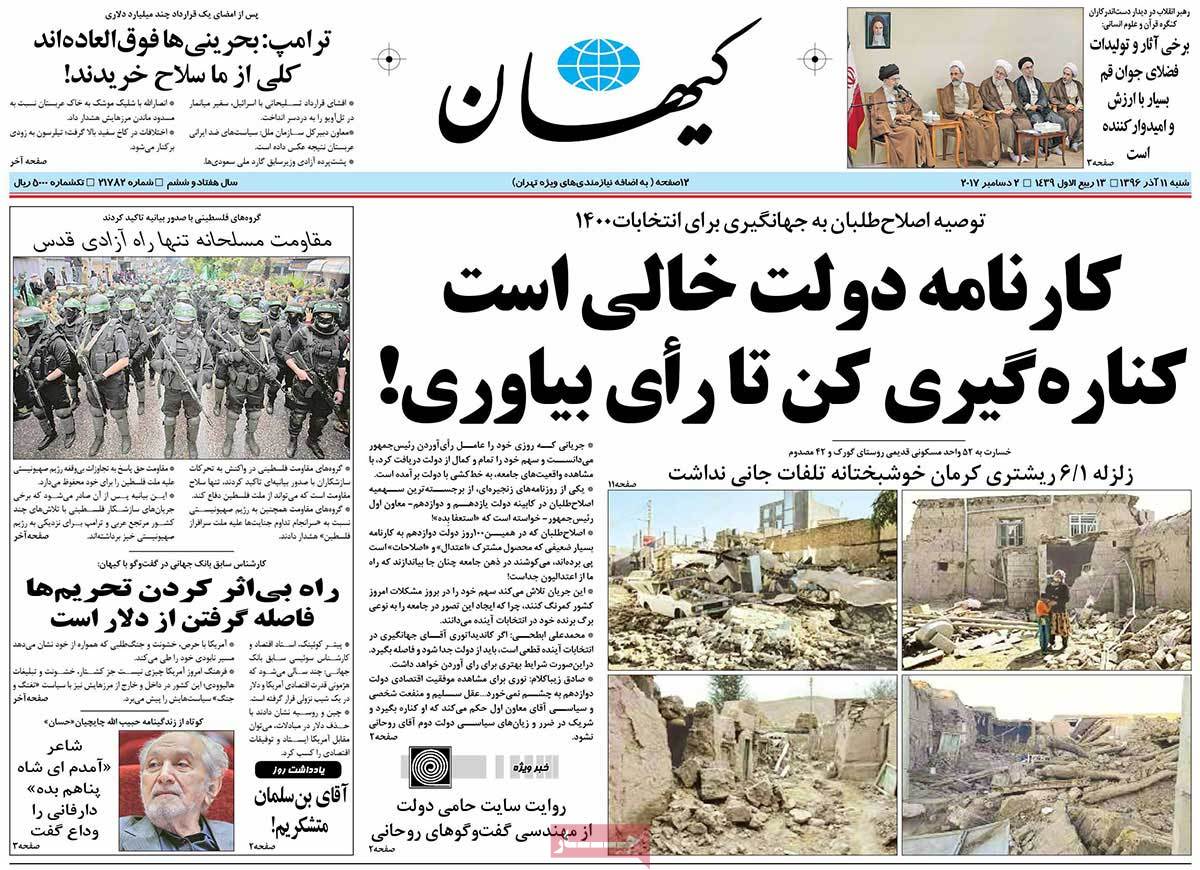 1- No Fatalities in Kerman Earthquake 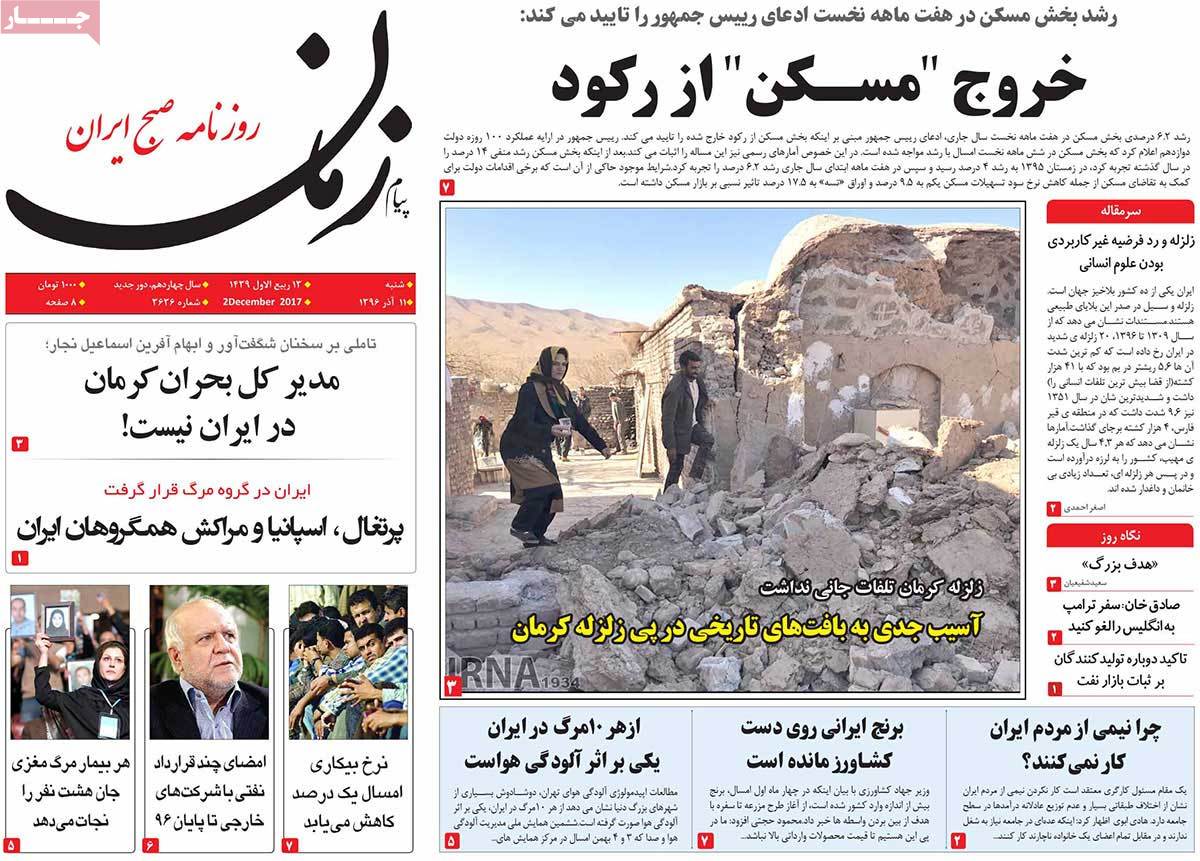 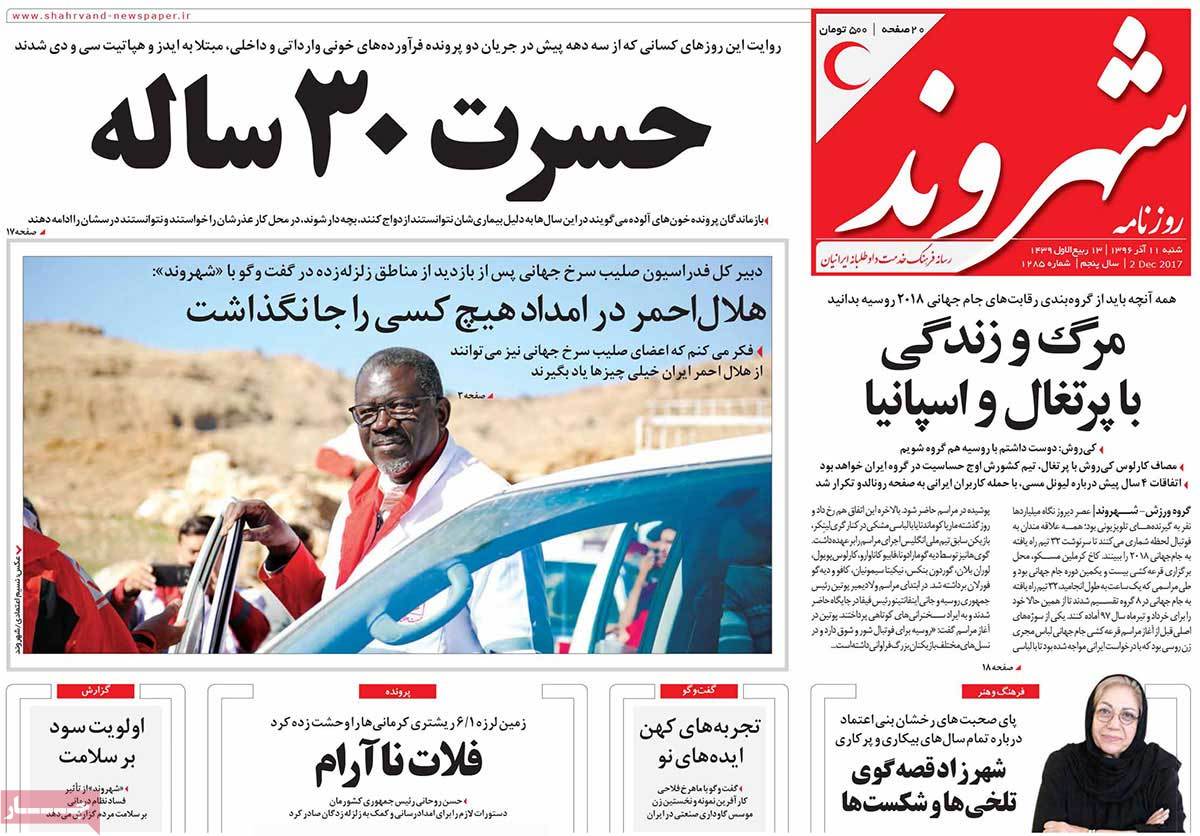