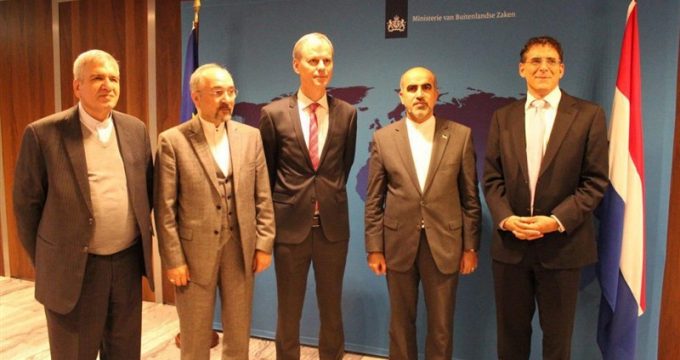 Tasnim – Senior ministerial officials from Iran and the Netherlands signed a joint plan of action on the expansion of bilateral economic ties in the coming year.

In a meeting in The Hague on Friday, Iran’s Deputy Economy Minister Mohammad Khazaee and his Dutch counterpart signed the plan of action for 2018, which entails cooperation in eleven main fields within the framework of an economic roadmap the two countries have already reached.

According to the document, the Iranian and Dutch companies would enhance cooperation in areas relating to the energy industry, water management, agriculture, shipping industry, commercial and banking ties, technology and innovation, airport development and some other fields.

Tehran and Amsterdam have ramped up efforts to broaden trade ties after coming into forces of the Joint Comprehensive Plan of Action (JCPOA), a nuclear agreement between Iran and the Group 5+1 (Russia, China, the US, Britain, France and Germany), in January 2016.

Iran’s economic officials complain about the persistence of obstacles to banking interaction with the other countries, saying the JCPOA was supposed to fully facilitate the country’s international trade.

Many European banks and companies still refrain from working with Iran for fear of facing US penalties.