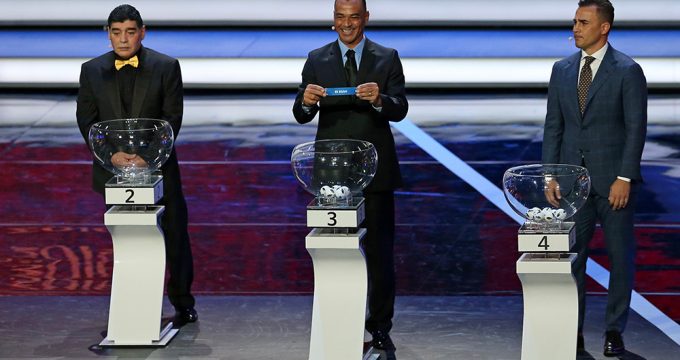 MNA – Iran’s national football team has been seeded against Spain, Portugal and Morocco in Group B of World Cup 2018 to be hosted by Russia.

The Final Draw for the 21st FIFA World Cup™ took place a few minutes ago in Moscow where Iran joined Spain, Portugal and Morocco in Group B of the sportive extravaganza.

The complete World Cup draw is as follows: