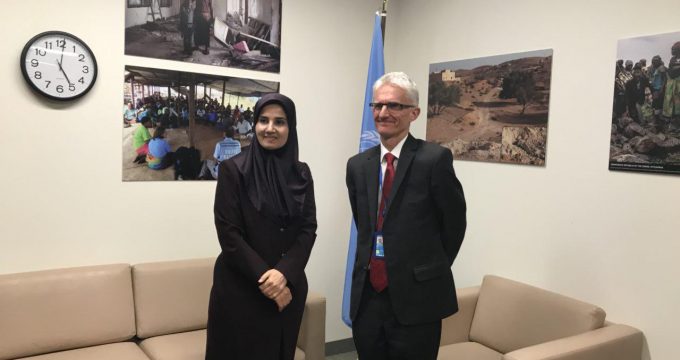 In the meeting, which was held on Wednesday at the UN headquarters in New York, both sides stressed Iran and the UN cooperation against natural disasters. They also exchanged views on Yemen and Myanmar humanitarian crises.

Lowcock, who had recently visited the quake-stricken areas of western Iran, said that Iran’s ability to counter natural disasters is appropriate.

Joneydi, who has travelled to New York to take part in Human Rights and Cultural Diversity Forum, also participated a meeting to mark the International Day of Solidarity with the Palestinian People.

The Non-Aligned Movement (NAM) session on human rights and cultural diversit will be held on Thursday (local time) in the UN.

The secretariat of the human rights and cultural diversity was established in Tehran in 2007, thus the document to be signed on Thursday is called “Tehran+10”.