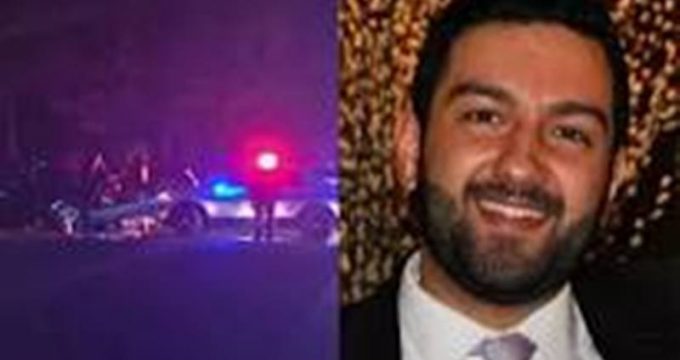 Press TV – Iran’s Interests Section in Washington has called for an immediate investigation into the recent suspicious killing of a young Iranian man by US police, who have failed to provide justifiable reason for the fatal shooting.

The United States Park Police officers shot Iranian-American man Bijan C. Ghaisar three times in the head in the state of Virginia on the evening of November 17. The police alleged that the 25-year-old man had been involved in a hit-and-run accident. He died Monday night after 10 days on life support.

Bijan’s family said in a statement that he had no weapons in his vehicle when shot. Moreover, a witness told The Washington Post last week that she saw two officers approach the young man’s vehicle and open fire at close range. It is unclear whether the shooting was justifiable.

In a letter of protest handed to the Embassy of Pakistan, which represents Iran’s interests in the US, the Iranian mission called for an immediate investigation into the incident.

“The police declares that he escaped after an accident, but the evidence and his automobile do not indicate any sign of accident. So far, the police has not provided any reason for shooting the victim in the head for three times, which according to one of the witnesses was conducted at a close range,” read the note.

“If the police in a Muslim country had committed such a murderous act, the US State Department would have considered it as an act of terror and condemned it immediately. But now that their own police have targeted a foreign national, they keep silent about it,” the letter said.

On Wednesday, Iran’s Foreign Ministry condemned the “brutal” murder of Ghaisar and noted that Tehran is seriously pursuing the issue to immediately restore the rights of Iranian citizens through existing official channels.

Meanwhile, Iran’s High Council for Human Rights has condemned the violent act, saying, “The US government should be held accountable for the murder and answer to the world’s public opinion.”

The council also called on the Swiss Embassy in Tehran, which represents US interests, to convey Iran’s concerns over the issue to the US government.

Fatal police shootings and other forms of such violence have sparked massive protests across the US in recent years.

US police killed 1,166 people in 2015, more than three a day, but an official US government count mis-classified over half of the deaths, according to a study released last month by Harvard University.