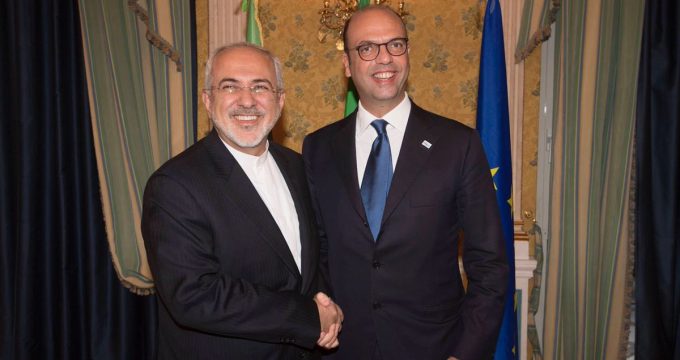 IRNA – Iran’s Foreign Minister Mohammad Javad Zarif conferred on Thursday with his Italian counterpart Angelino Alfano on expansion of mutual relations and cooperation along with regional developments in a meeting held in Rome.

The two ministers reviewed various aspects of mutual relations and underlined further expansion of all-out cooperation between the two sides.

They also expressed satisfaction over current level of political relations and stressed the need to increase economic cooperation with international organizations.

The Italian foreign minister, for his part, underlined full implementation of the 2015 nuclear deal officially known as the Joint Comprehensive Plan of Action (JCPOA).

He said that the EU positively looks at JCPOA and calls all parties to remain committed to their pledges.

Zarif arrived in Rome earlier in the day to attend the third international conference on ‘Mediterranean Dialogue’.

He is to address the gathering which is being held from November 30 to December 2.