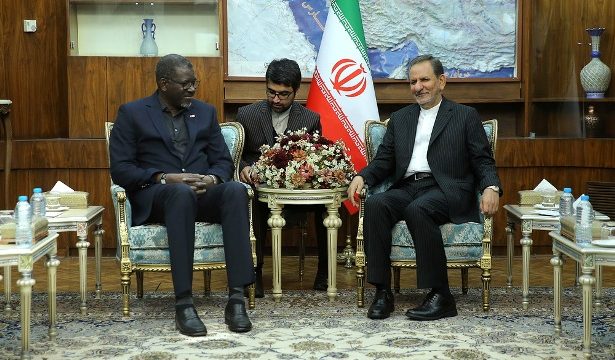 Veep: Iran ready to help Yemen in cooperation with IFRC

IRNA – Iranian first vice president said that Islamic Republic is ready to help the oppressed people of Yemen in cooperation with the International Federation of Red Cross and Red Crescent Societies (IFRC).

Eshaq Jahangiri made the remarks in a meeting with the Secretary General of the International Federation of Red Cross and Red Crescent Societies (IFRC) Elhadj As Sy on Wednesday.

The official pointed to dire health and food status in Yemen, and said that the Iranian Red Crescent Society (IRCS) in line with its humanistic duties is ready to help the oppressed people of Yemen in cooperation with the International Committee of the Red Cross.

Since 2015, Yemeni people are under attacks of Saudi Arabia and its allies attacks and the international bodies have warned about consequences of the brutal attacks and blockade of the Arab country.

Elsewhere in his remarks, the Iranian vice president briefed IFRC official about the recent earthquake west of Iran which claimed the lives of over 500 people.

People in the quake-stricken are returning to normal life, Jahangiri added.

IFRC secretary general, for his part, condoled with the Iranian quake-stricken people and called for improvement of ties with IRCS.

He thanked Iran support for quake-hit people in other countries and welcomed exchange of experience between IFRC and IRCS.

Elhadj As Sy, IFRC, Ishaq Jahangiri, Saudi Arabia war in Yemen, Yemen crisis November 29, 2017
Iran to launch new flight route to Pakistan’s Lahore
He broke U.S. law to help Iran, but it is Turkey that fears what he might say in court