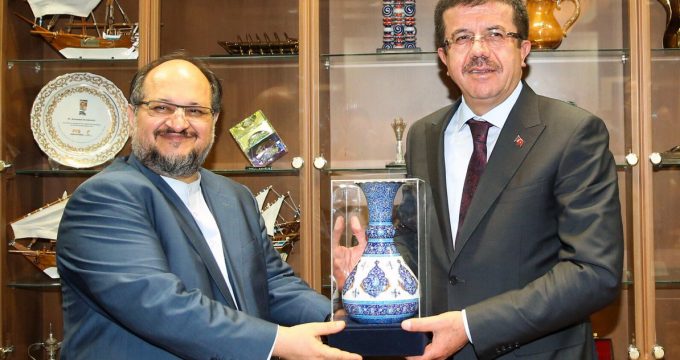 MNA– Economy Minister of Turkey, Nihat Zeybekci, met and talked with the Iranian Minister of Industry, Mine and Trade, Mohammad Shariatmadari.

Speaking at a meeting with the Turkish economy minister, Iran’s Shariatmadari pointed to good political and economic relations between the two neighboring countries and called for expediting implementation of initiatives for further expansion of bilateral cooperation.

He later referred to provisions of the draft agreement resulted from meeting of the Tehran-Ankara Joint Economic Commission explaining “the Commission needs to move from planning stage to an operational phase in a bid to alleviate all existing barriers in the shortest possible time.