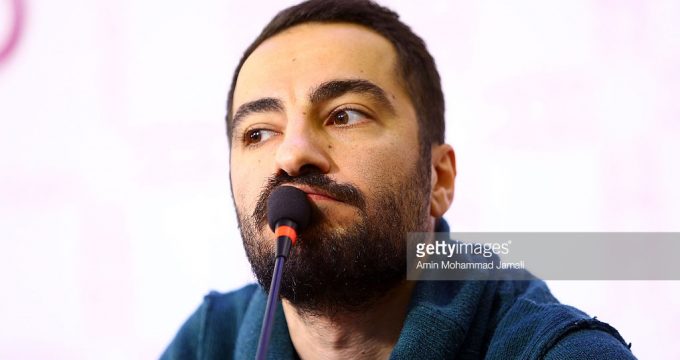 IRNA – Iranian actor Navid Mohammadzadeh received a Special Mention for his role in ‘No Date, No Signature’ at the 11th Asia Pacific Screen Awards (APSA), in Brisbane, Australia.

Mohammadzadeh had earlier been nominated by the panel of jury for the best performance by an actor category for his role in ‘No Date, No Signature’ directed by Vahid Jalilvand.

Jalilvand’s flick had earlier won the best director and best actor awards in the ‘Horizons’ section of the 74th Venice Film Festival from August 30 to September 9 in Italy.

A beautifully shot psychological drama with comprehension issues, ‘No Date, No Signature’ narrates the story of a forensic pathologist, Nariman, who has a car accident with a motorcyclist and injures his eight-year-old son. He offers to take the child to a clinic nearby, but the father refuses his help and money. The next morning, in the hospital where he works, Nariman finds out that the little boy has been brought for an autopsy following a suspicious death. Nariman faces a dilemma now: Is he responsible for the child’s death due to the accident or he died of food poisoning according to other doctors’ diagnosis?

In the past 10 editions of the APSA, Iran cinema had a strong showing among the nominations and was always among the award winners. Globally renowned filmmakers Asghar Farhadi and Rakhshan Bani-Etemad and actress Fatemeh Motamed-Aria are among the Iranian winners in the earlier rounds.

In the previous edition of APSA, in 2016, ‘Starless Dream’ by Mehrdad Oskouei won Best Documentary Feature Film award, while the Award for Outstanding Achievement in Film in the Asia Pacific region was presented to Iranian producer Manoochehr Mohammadi.

‘Sweet Country’, a Western set in the Australian Outback, was named best film at the 2017 APSA.

The film, which won the Golden Lion at the Venice festival earlier this year, is the second feature by cinematographer-turned-director Warwick Thornton. His first film, ‘Samson and Delilah’, won the APSA best picture award in 2009, making Thornton the only two-time APSA winner.

The other big winner was India’s ‘Newton’. It earned a best acting prize for Rajkummar Rao, while Mayank Tewari and Amit V. Masurkar claimed the award for best screenplay.

Russia’s Andrey Zvyagintsev was named best director for ‘Loveless’, which had its premiere in Cannes. Zvyagintsev previously won the best film award with ‘Leviathan’ in 2014.

The APSAs, which follow UNESCO’s definition of the Asia-Pacific region, took in nominations from 25 territories. Films from both Georgia and Russia won three APSAs each. Films from Australia and India won two APSAs each. There were no prizes for films from cinema’s East Asian powerhouses China, Korea and Japan.

The Cultural Diversity Award, under the patronage of UNESCO, was awarded to ‘Dede’, which was filmed on location in the UNESCO World Heritage-protected province of Svaneti and directed by Mariam Khatchvani. ‘Dede’ will now screen at UNESCO Paris headquarters on December 12. The other Georgian winner was Sashishi Deda’s ‘Scary Mother’.

The APSA 2017 International Nominations Council commended late Iranian film director Abbas Kiarostami with a special artistic acknowledgement for his ‘24 Frames’, and the APSA Academy conferred posthumous Academy membership on him.