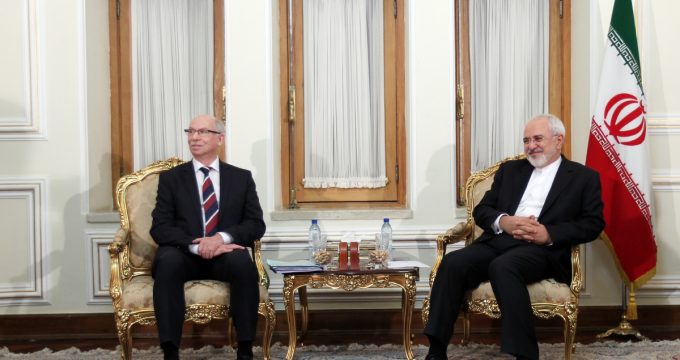 Tasnim – A European Parliament official in charge of ties with Iran stressed that the Joint Comprehensive Plan of Action (JCPOA), a nuclear agreement between Iran and the Group 5+1 (Russia, China, the US, Britain, France and Germany), should yield tangible results.

In a meeting with Iran’s foreign minister in Tehran on Saturday, Janusz Lewandowski, chairman of the European Parliament’s Group for Relations with Iran, voiced Europe’s support for the JCPOA and stressed the need for its full implementation.

Hailing the JCPOA as a result of patience and diplomacy, the Polish EP official said the benefits of the nuclear deal must become tangible.

For his part, Foreign Minister Mohammad Javad Zarif described the European Union as a major partner for Iran, and called for the removal of obstacles to banking cooperation with Tehran as a result of the JCPOA.

A delegation from the European Parliament, led by Lewandowski, arrived in Tehran on Saturday for a series of meetings with the parliamentary and diplomatic officials.

It comes a week after teams from Iran and the European Union (EU) held the third round of political negotiations in Iran to boost cooperation in the field of peaceful nuclear technology.

Economic and political ties between Iran and Europeans have been growing after coming into forces of the JCPOA in January 2016.