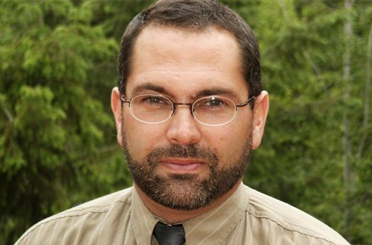 Victory over Daesh owes to Iran: US analyst

Tasnim – The great victory against Daesh (ISIL) terrorist group would have been impossible without Iran, American political analyst Mark Glenn said, describing the fall of Daesh as a defeat for the US and Israel.

In an interview with Tasnim, political commentator and anti-Zionist activist Mark Glenn highlighted the leading role Iran played in the battle against Daesh terrorists in Syria and Iraq.

He also hailed the elimination of Daesh caliphate as a sign that unity among the Shiite and Sunni Muslims and even Christians, like Russia, would yield successful results and can be used as a model for defeating the Zionist strategies in the world.

Mr. Glenn, from Idaho, is a writer and co-founder of the Crescent and Cross Solidarity Movement, an interfaith forum dedicated to uniting Muslims and Christians against Zionists.

The following is his comments on the fall of Daesh:

Tasnim: As you know, recapture of the Syria town of Albu Kamal from Daesh (ISIL or ISIS) on November 19 marked an end to the group’s self-proclaimed caliphate it had declared in 2014. What is your view about this development and the factors in the fall of the notorious group?

Glenn: I–as well as all who are devoted to the cause of humanity–embrace and congratulate the beleaguered and oppressed people of Syria who stood firm to the end and by doing so, frustrated the plans of the Zionist evildoers intent upon seeing a repeat in Syria of what they had succeeded in doing in Iraq–regime change.

Having said that, we must also embrace and congratulate Iran, both her leadership, her military and her people, standing as a shining example to the people of Syria what can be done when the oppressed remain united and strong, for it is unlikely that we would be witnessing this great victory today were Iran and her hand absent in all of this.

Tasnim: Leader of the Islamic Revolution Ayatollah Seyed Ali Khamenei has described the termination of Daesh rule as a service to all humanity and a blow to the creators and supporters of the terrorist group, including the US. What are the implications of the fall of Daesh, given Iran’s constant encounter with the US policies in the Middle East?

Glenn: It is more than merely a tactical victory in that the immediate threat of these terrorist dogs has been eliminated, but as well a strategic victory in that both the strategy and the narrative created and put into motion by Israel and the West were defeated, proving to the rest of the world’s peoples that indeed, victory over the evildoers is possible. Equally important though is the effect it is going to have on the ability of Israel and the West in trying to paint Iran as the world’s ‘number 1 source of terrorism’ when it was Iran that defeated terrorism in Syria. Once again, as it was with the events of 1979, what was considered impossible has indeed taken place and now the evildoers are forced to recalibrate their strategy in maintaining their grip on the region.

Tasnim: In more than three years of Daesh rule in Syria and Iraq, the world witnessed a battle between an armed group killing people in the name of religion and an alliance of Iranian, Syrian, Iraqi, Lebanese, Afghan and Pakistani Muslim forces taking up arms against terrorism. What is your take on it? What, do you think, made a large of number of young people join Daesh and commit crimes under a delusion that it was true Islam, while the “axis of resistance” Muslims helped the regional countries?

Glenn: I disagree with the notion that Daesh fought for ‘religious’ reasons. There is no ‘religion’ devoted to God that condones and commits such crimes. Remember that this group was originally created by the Saudis and other Gulf states who emptied their jails of their most violent and hardened criminals and drug addicts, subjected them to deep psychological conditioning and then set them loose on the region. These were animals, not men.

Having said that, I think that the precedent showing not only Shia and Sunni fighting alongside each other, but remember as well, the Christians of Russia, is a very important model that should be used in defeating the ‘divide and conquer’ strategy that is employed with great effectiveness by Israel and the US and should be stressed more and more as much as possible in all areas of life. Where there is Crescent and Cross solidarity, nothing can defeat them.

Tasnim: Presidents of Iran, Russia and Turkey attended a summit in Sochi on November 22 to discuss peace in Syria and pave the way for a subsequent congress for Syrian-Syrian talks about the future of the Arab country in the post-Daesh era. Syria’s allies maintain that the Arab country’s fate should be decided only by its own people. What are the congress’ chances of success, considering the effectual outcome of Astana political negotiations for Syria peace, brokered by Iran, Russia and Turkey?

Glenn: Now that Turkey appears to be ‘seeing the light’ and recognizes that she will never be considered an equal in the West and that better days await her by joining her efforts with those further to her east, I believe that the necessary political energy exists amongst all these great powers to begin the process of detoxifying not just the Middle East of Zionist influence, but the entire world. These are very old and very wise cultures with thousands of years of thought coursing through their intellectual veins and if they utilize that ancient wisdom that is inherent within them just by virtue of their birthright, there is no strategem or conspiracy that the Zionists or the West can deploy against them that would succeed.