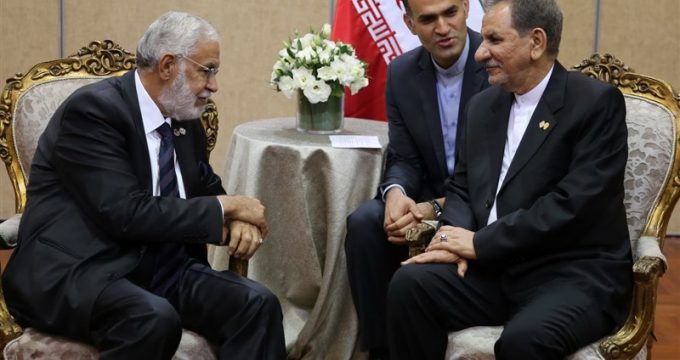 Speaking at the meeting, held in Bolivia on Friday on the sidelines of the fourth summit meeting of the Gas Exporting Countries Forum (GECF), Jahangiri pointed to the ongoing crisis in Libya and said the people of the North African country are capable of overcoming their problems.

He further emphasized that the Iranian people and government have always sided with the great nation of Libya, adding that Tehran is ready to boost cooperation with Tripoli in diverse fields.

The Libyan top diplomat, for his part, underlined that his country is willing to deepen relations with the Islamic Republic in all areas.

The fourth GECF Gas Summit was held on Friday, November 24.