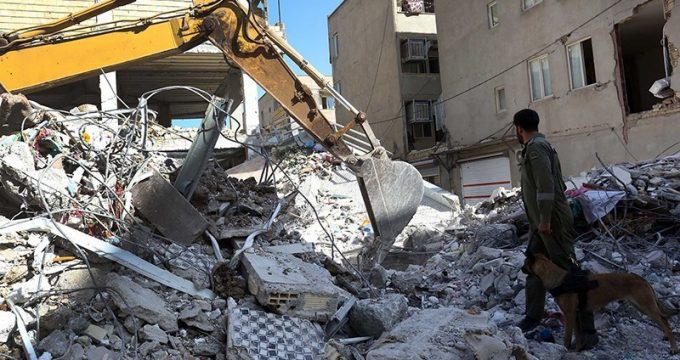 Tasnim – Iran’s Army and the Islamic Revolution Guards Corps (IRGC) continue providing temporary accommodations for thousands of quake-stricken people in the country’s western province of Kermanshah who became homeless in the quake and have been battling with cold weather in recent days.

The Khatam al-Anbia Construction Base, a conglomerate belonging to the IRGC, has installed dozens of temporary housing units in a village near the western city of Sarpol-e Zahab.

In order to expedite reconstruction activities, the Iranian Army and IRGC forces are working hand in hand in the province.

In remarks released on Saturday, Army Spokesman Brigadier General Shahin Taqikhani said in addition to its relief operations in the medical and health field, the Army has also purchased 200 temporary housing units to install in the quake-hit areas.

The prefabricated units have been transferred to a military base of the Army in Kermanshah over the past 48 hours, he said.

Major General Jafari visited the affected areas in Kermanshah to assess the process of the IRGC’s relief operations in the province.

Speaking at a meeting with high-ranking commanders and officials of the IRGC, he underlined that the focus of relief efforts were on the basic needs of those affected by the earthquake.

He further expressed the hope that the process of building and preparing residential settlements and temporary housing for the quake-hit people would begin soon and their needs would be met by the next two months.

Figures show that 436 people died and more than 9,000 others were wounded in the 7.3 magnitude temblor, whose epicenter was near Iraq’s Sulaymaniyah.