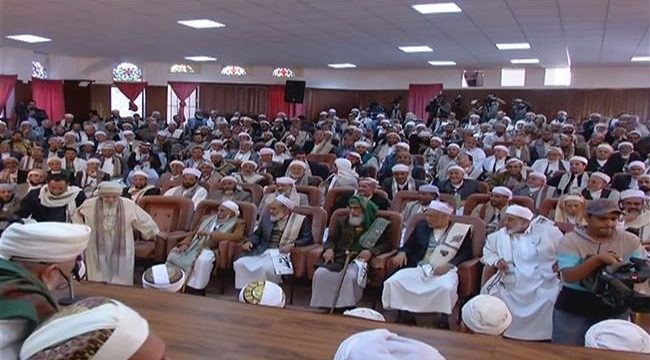 Press TV- Prominent Yemeni scholars have lashed out at certain Arab countries for their plans to normalize ties with Israel, calling on their nations to put pressure on their governments to prevent such détente.

In a statement issued after a gathering in the capital Sana’a on Thursday, the scholars highlighted widespread reports on plans by certain Arab states to establish relations with Israel, saying such plans have shed light on the realities on the ground.

They said that most Arab states are under the dominance of Israel.

Most Arab governments have no official diplomatic relations with Israel. Even so, reports have indicated that several of them, including Saudi Arabia, have had secret relations with Tel Aviv.

Israeli Energy Minister Yuval Steinitz has indicated that Israel has had secret contacts with Saudi Arabia and other Arab countries over their mutual concerns about Iran, an apparent first acknowledgment by a senior official about covert dealings.

The Israeli minister of military affairs has also recently extended the hand of friendship to Arab countries, calling on them to form an alliance against Iran.

Earlier in September, Israeli Prime Minister Benjamin Netanyahu hailed the regime’s “breakthrough” in its ties with Arab countries, claiming “many levels of cooperation” exist that cannot yet be exposed to the public.

The Israeli prime minister had said earlier this year that Arab countries did not consider Israel their enemy anymore.

In the gathering, the scholars also reiterated their support for Palestine and Palestinian resistance movements in the face of the Israeli regime’s aggression.

They also said Saudi Arabia’s ongoing military campaign against its southern neighbor is serving the interests of the United States and Israel.

They censured the Arab League for supporting the Saudi war on Yemen, saying the pan-Arab organization has failed to address crimes Riyadh has been committing amid its military campaign against the impoverished Arab nation.

The scholars denounced the Saudi-led blockade of Yemen, stressing that the Yemeni people have every right to utilize their capacities to confront the Saudi crimes.

Saudi Arabia has been incessantly pounding Yemen since March 2015 in an attempt to crush the popular Houthi Ansarullah movement and reinstate former president Abd Rabbuh Mansur Hadi, who is a staunch ally of the Riyadh regime.

More than 12,000 people have been killed since the onset of the campaign more than two-and-a-half years ago. Much of the Arabian Peninsula country’s infrastructure, including hospitals, schools and factories, has been reduced to rubble due to the war.