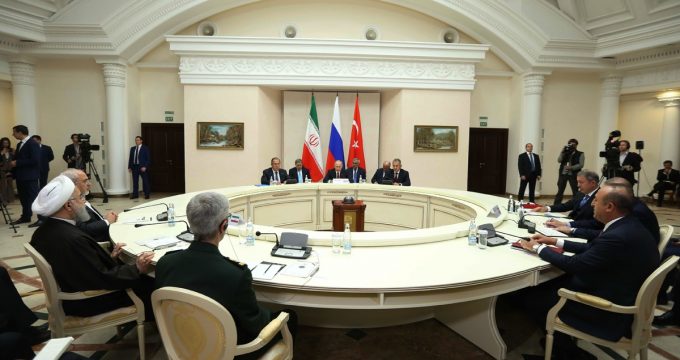 Al-Monitor- On Nov. 22, Iranian President Hassan Rouhani traveled to the Russian Black Sea city of Sochi for a trilateral meeting with his Russian and Turkish counterparts. The summit has been described as highly important for the future of Syria, particularly given the three leaders’ call for a Syrian congress to be formed to discuss the future of the war-torn country.

Meanwhile, Iranian parliamentary speaker Ali Larijani, who is on a trip to Turkey, said that the Sochi summit is a “turning point” in the region.

Larijani stated Nov. 21, “Iran, Turkey and Russia [have formed] a good and complementary group that if they pursue [this process], [they] can play a more important role in Asia, because the performance of these countries in Syria and the work they did in Syria calmed down the atmosphere and almost destroyed the terrorists.”

He added, “Now it is time to establish stability in the region, and the Sochi summit is being held with the aim of stabilizing the situation in Syria and is very important.”