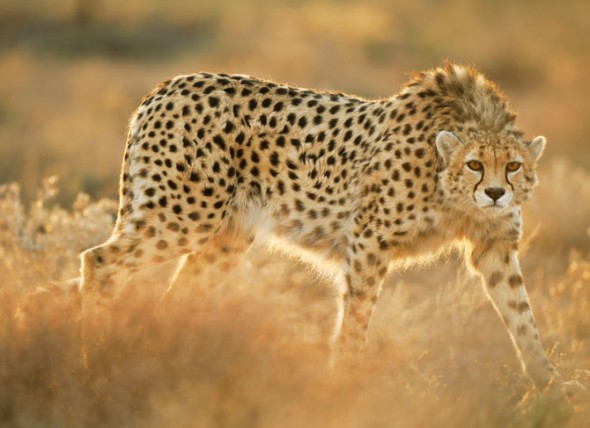 Speaking to Mehr News Agency, Abbas-Ali Damangir, the head of the provincial office of the Department of Environment, said all four sightings have been recorded by camera traps in TBR’s Delbar District.

“This is the third time cheetahs are captured wandering around the area over the last 20 days, which is good news for environmentalists and wildlife lovers,” Damangir said.

“Since the beginning of the Persian month of Aban (Oct. 23), nine sightings have been recorded in Touran, which is promising, given the endangered status of the species.”

Providing security, developing natural habitats and observing environmental standards in development plans could help preserve the vanishing species. Iran is home to the last known Asiatic cheetahs in the world.