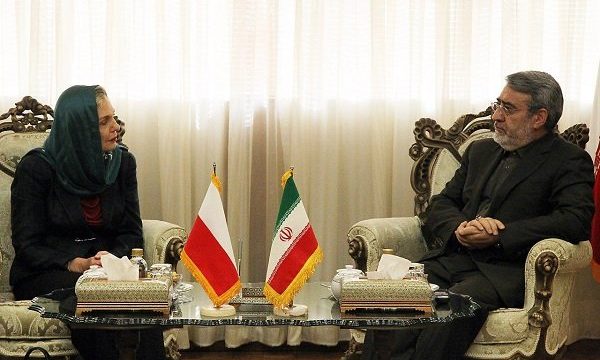 Abdolreza Rahmani Fazli made the remark in a meeting with Anna Maria Anders, Secretary of State in the Office of Prime Minister of Poland, in Tehran on Tuesday.

During the meeting which took place at Iran’s Interior Ministry, Rahmani Fazli called for the adoption of an MoU on cooperation related to combating terrorism, organized crime and narcotics, which was signed between the two sides back in May 2016.

“The adoption of the agreement can increase international cooperation between Iran and Poland in combating terrorism, organized crime and narcotics,” the Iranian minister added.

According to him, the level of economic transactions between the two sides has reached $80.2 million.

He further highlighted the expansion of cooperation between Tehran and Warsaw following the implementation of the landmark Iran nuclear deal.

The Polish official, for her part, voiced her country’s resolve to expand political, economic and cultural ties with Iran.