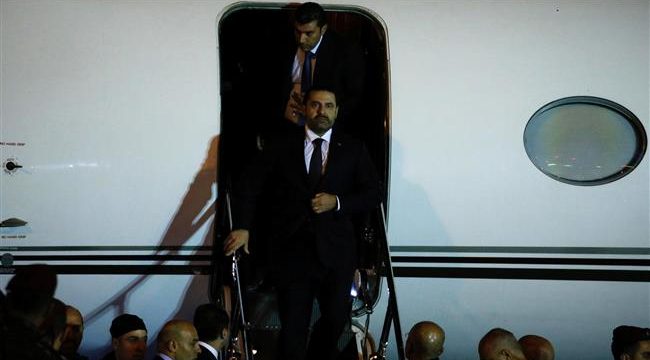 Hariri arrives back in Lebanon after announcing resignation from Riyadh

Press TV – Lebanese Prime Minister Saad Hariri has arrived back in Beirut for the first time after announcing his resignation from the Saudi capital Riyadh.

Hariri arrived in Beirut early on Wednesday after a trip to Cyprus for a meeting with the country’s president, Nicos Anastasiades.

Earlier in the day, he made a brief visit to Egypt for talks with Egyptian President Abdel Fattah el-Sisi.

During a joint presser with Sisi, Hariri thanked Sisi for his support, noting that he would not elaborate on his resignation until he reached Beirut.

He added that both parties had discussed the need for “distancing oneself from regional policies.”

“Tomorrow we have independence day in Lebanon, God willing it will be for all Lebanese. Like I said in Paris, my political position will be (clarified) in Lebanon,” he added.

Hariri announced his resignation in a televised statement on November 4, citing many reasons, including the security situation in Lebanon, for his sudden decision. He also said that he sensed a plot being hatched against his life.