A Look at Iranian Newspaper Front Pages on November 20

Iran Front Page- IFP has taken a look at the front pages of Iranian newspapers on Monday, November 20, and picked headlines from 17 of them. IFP has simply translated the headlines and does not vouch for their accuracy.

Newspapers today continued to cover the ongoing efforts to help the quake-hit people in Western Iran, particularly their accommodation in the cold weather.

Another top story was a trilateral meeting between the foreign ministers of Iran, Russia, and Turkey in the Turkish city of Antalya on the Syria crisis and ways to de-escalate tension in the region. 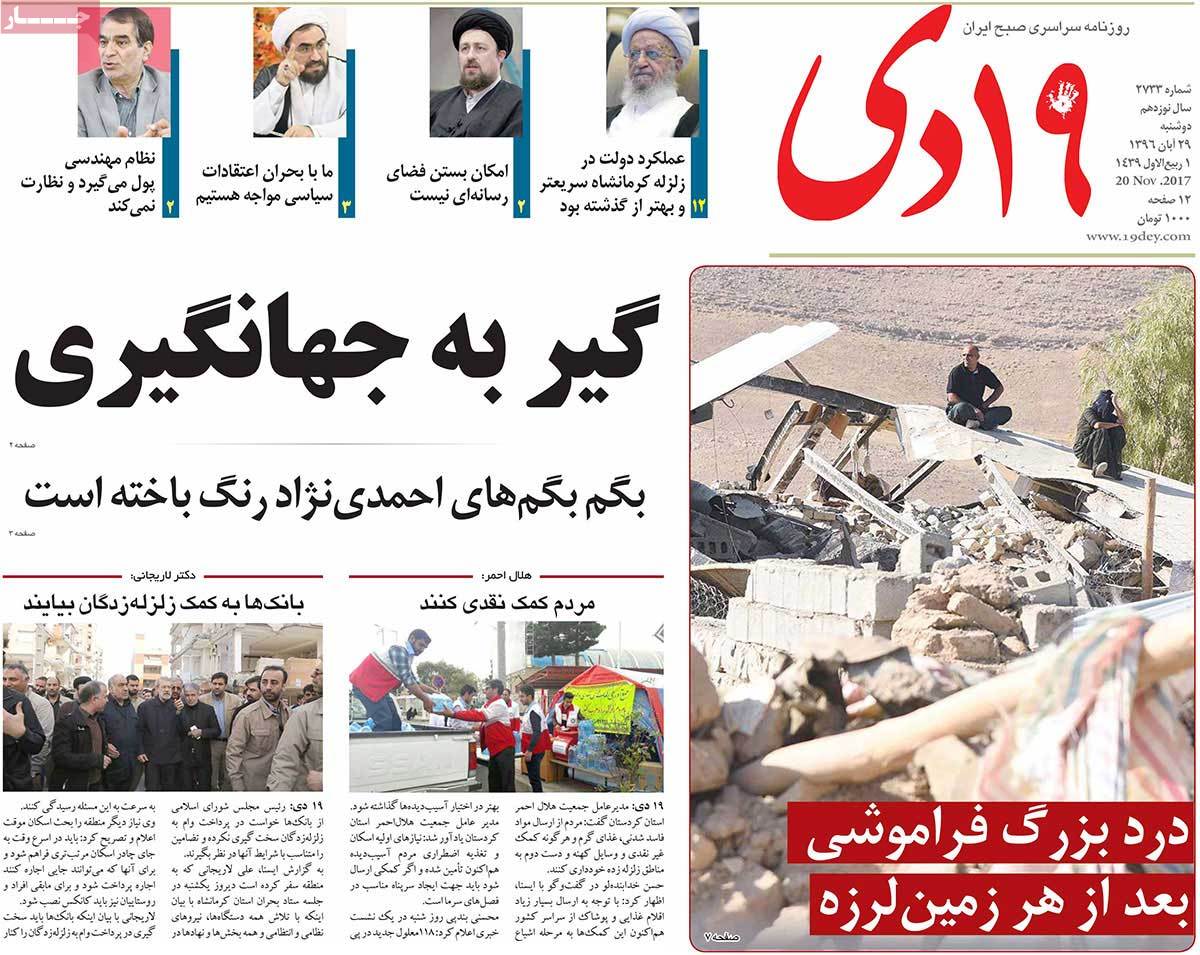 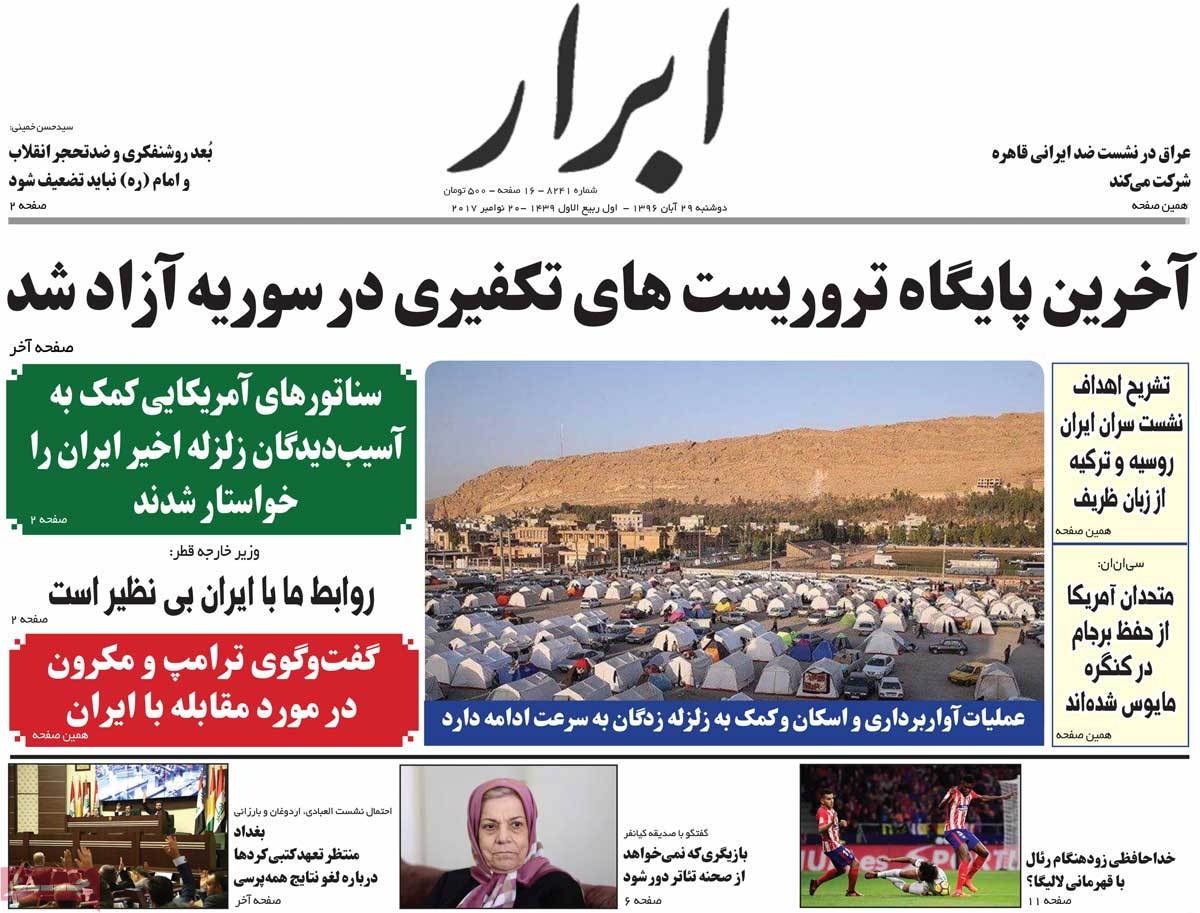 2- Conservatives Remain Undecided about Actions of Ahmadinejad and His Allies 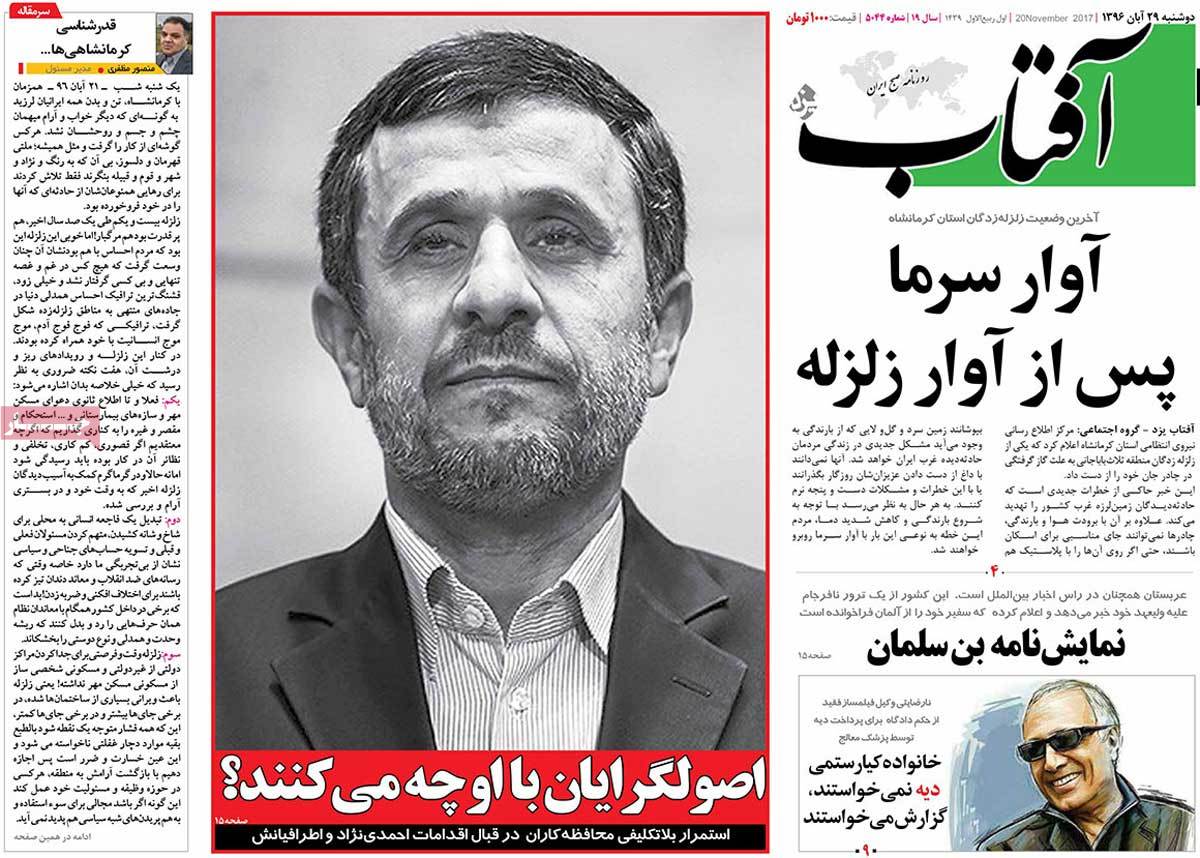 2- Analyst: Rouhani Wants to Keep Both Parties on His Side 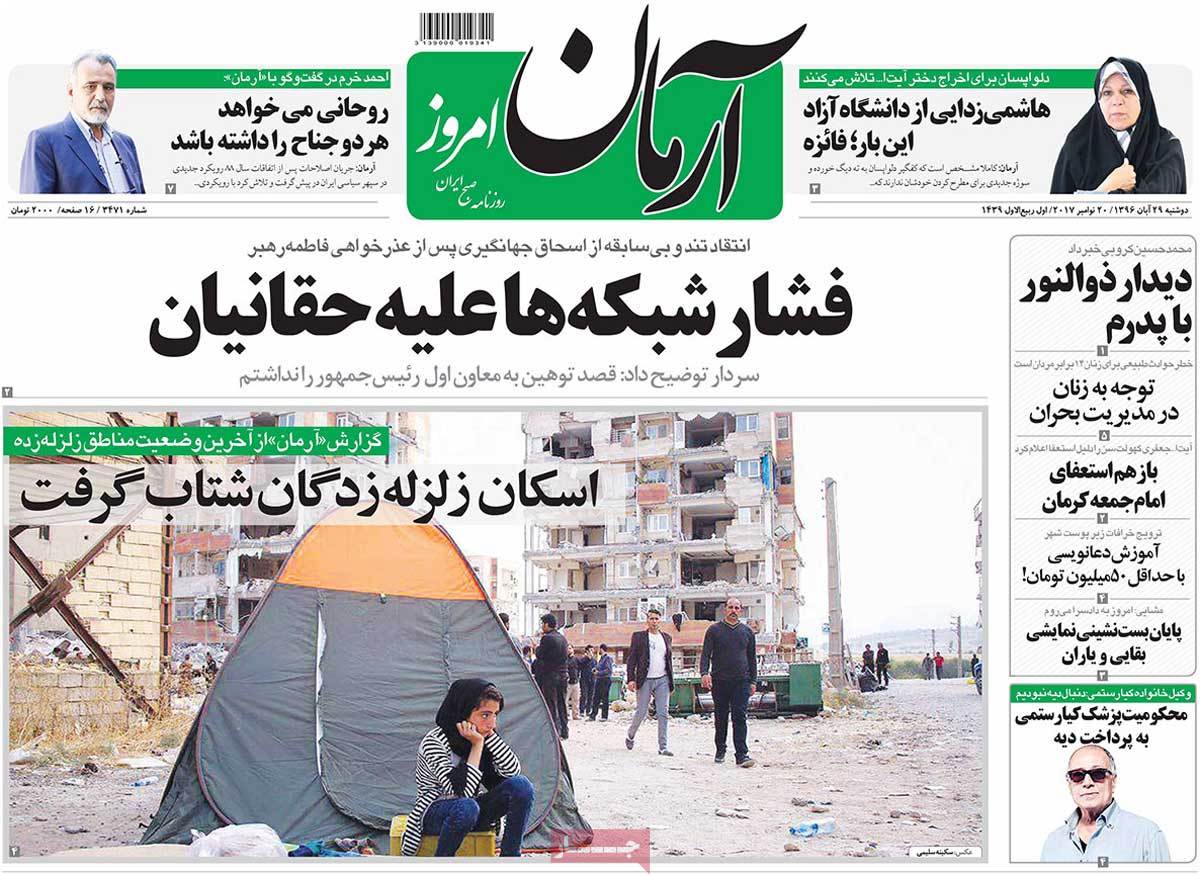 2- Hariri in Paris; Beirut Waiting for Him; Tension in Region 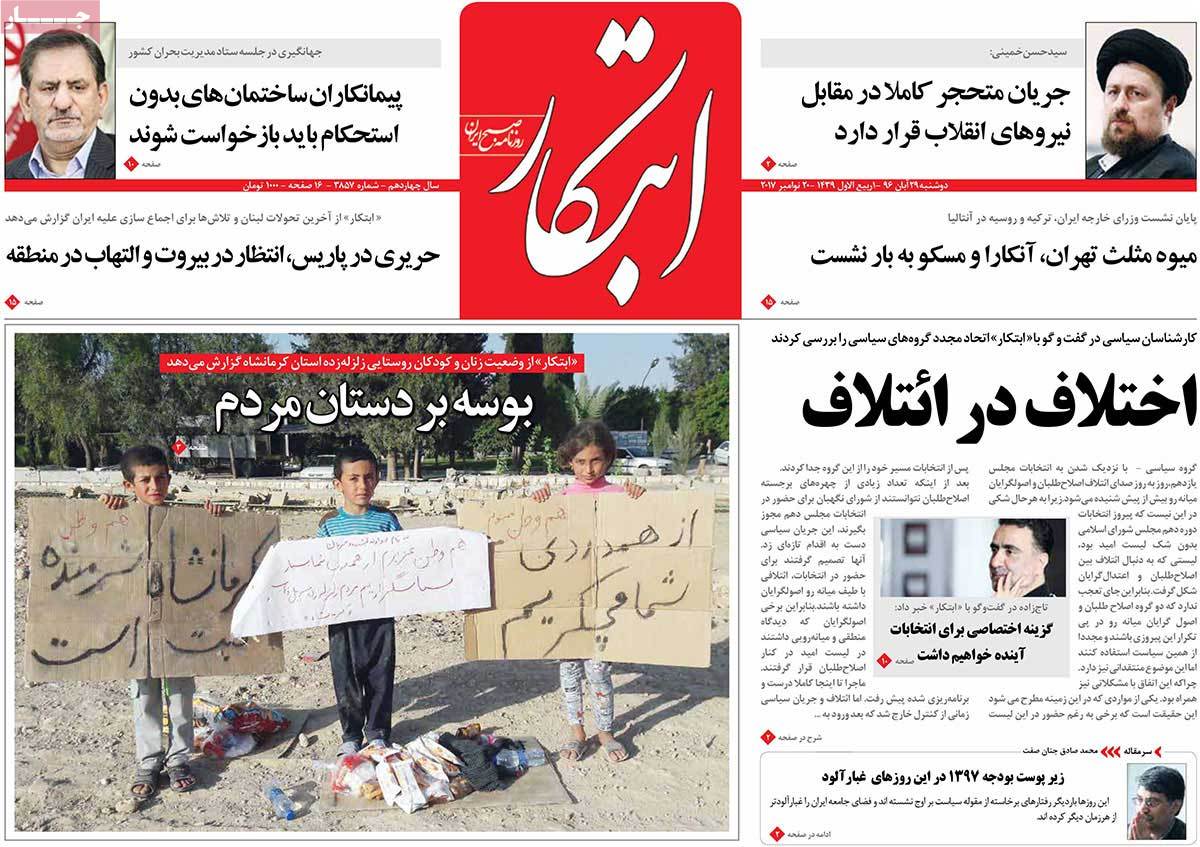 1- FMs of Iran, Russia, Turkey Agree on All Key Issues 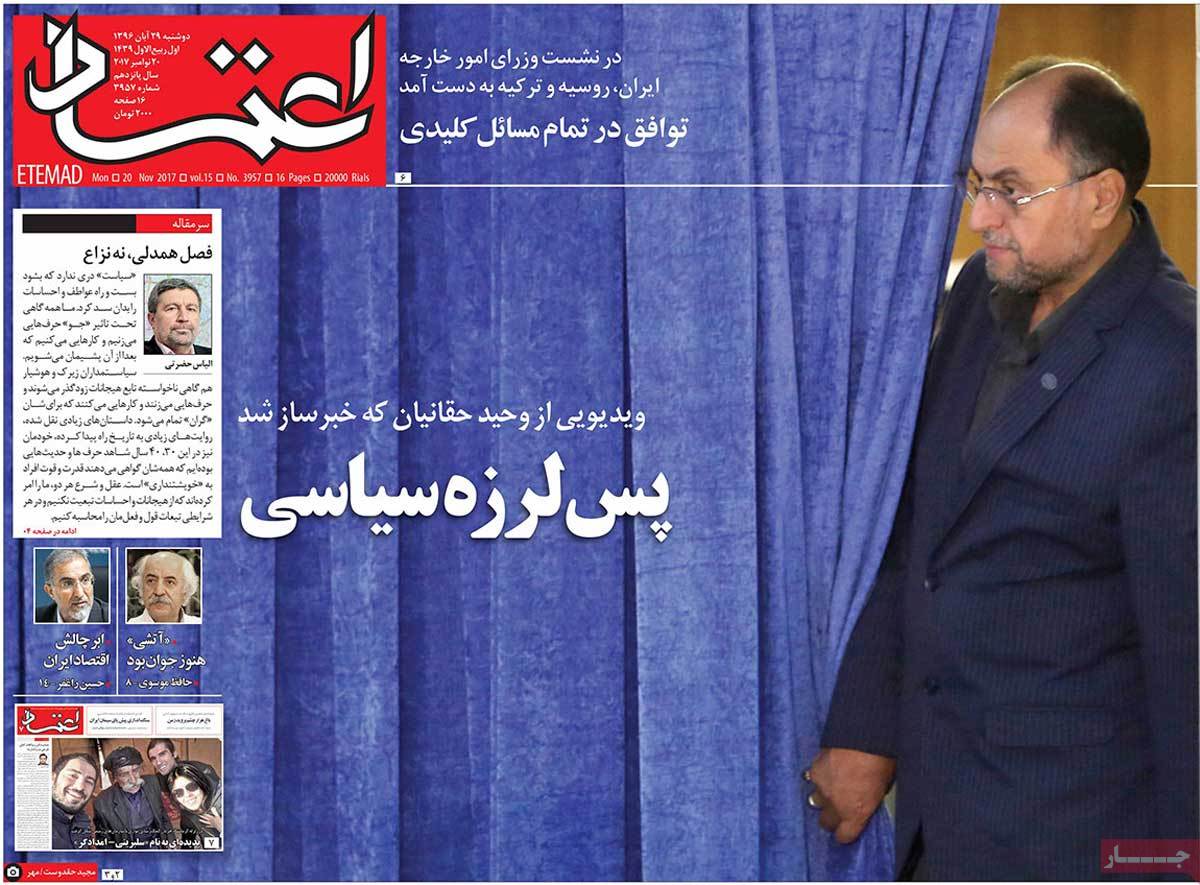 3- US Commander: We’re Not Required to Implement Trump’s Illegal Orders 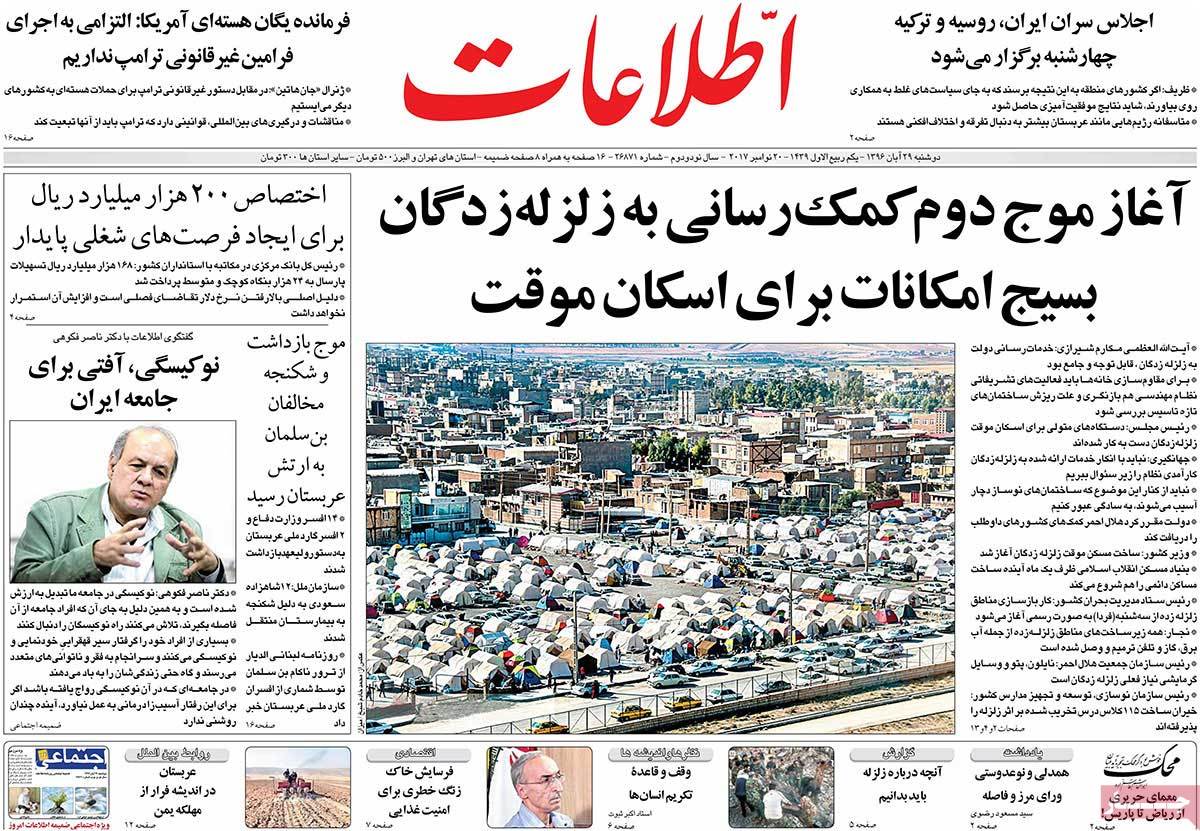 2- Zarif: Saudi Arabia Should Change Its Policies to Be Part of Regional Peace 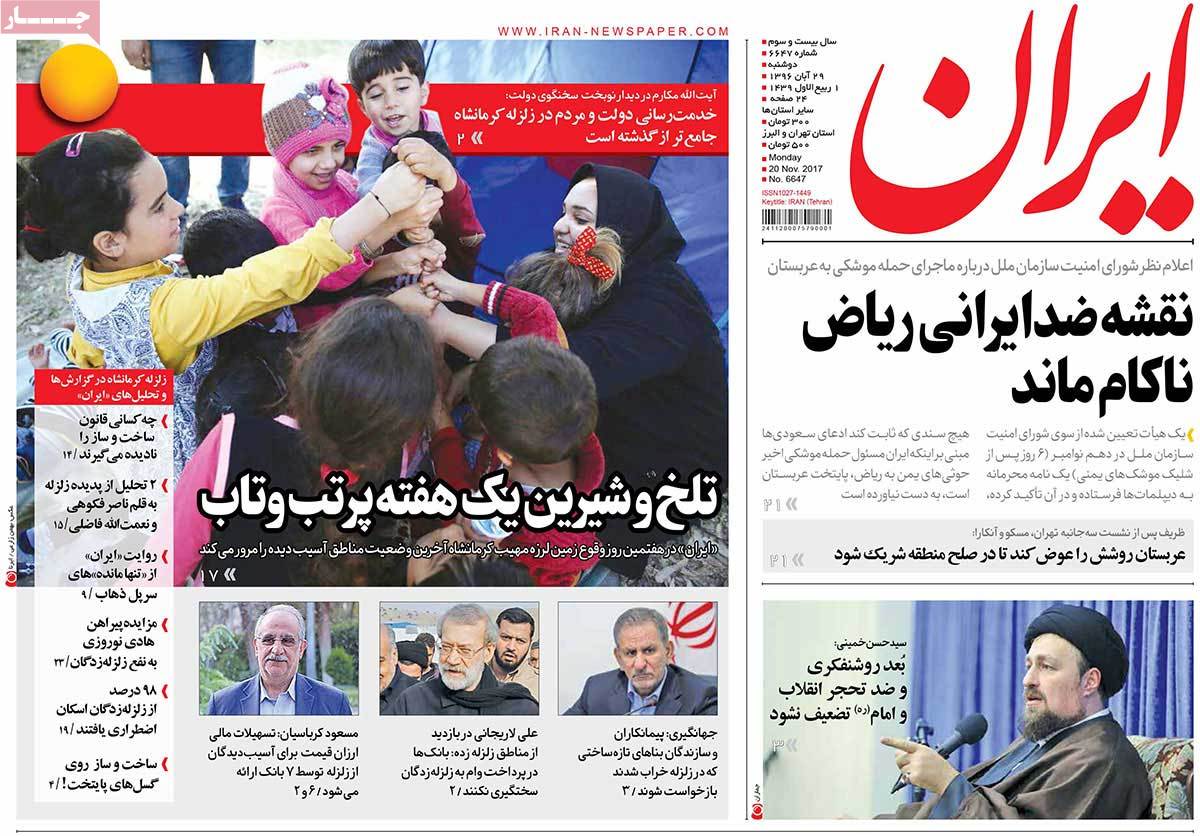 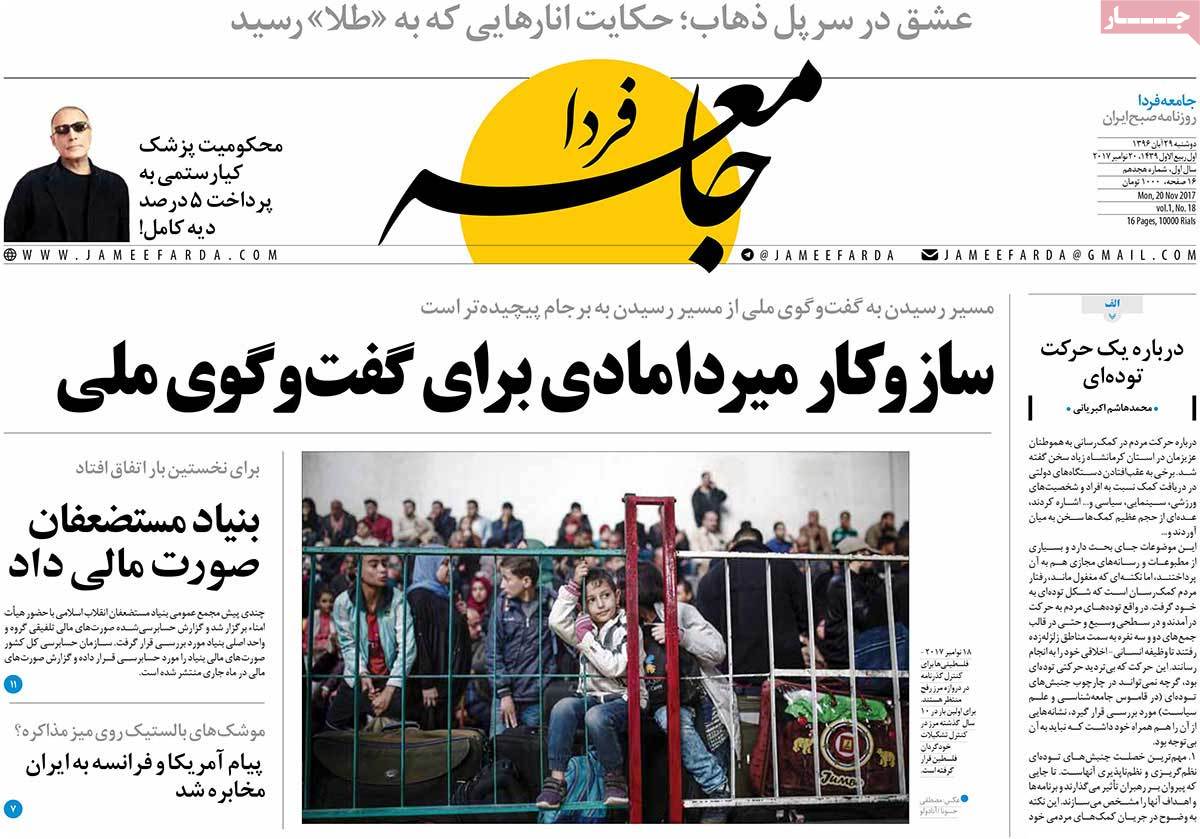 1- US Uses Oil to Set Iran Nuclear Deal on Fire

4- Velayati: Mr. Macron! Be as Independent as Charles de Gaulle 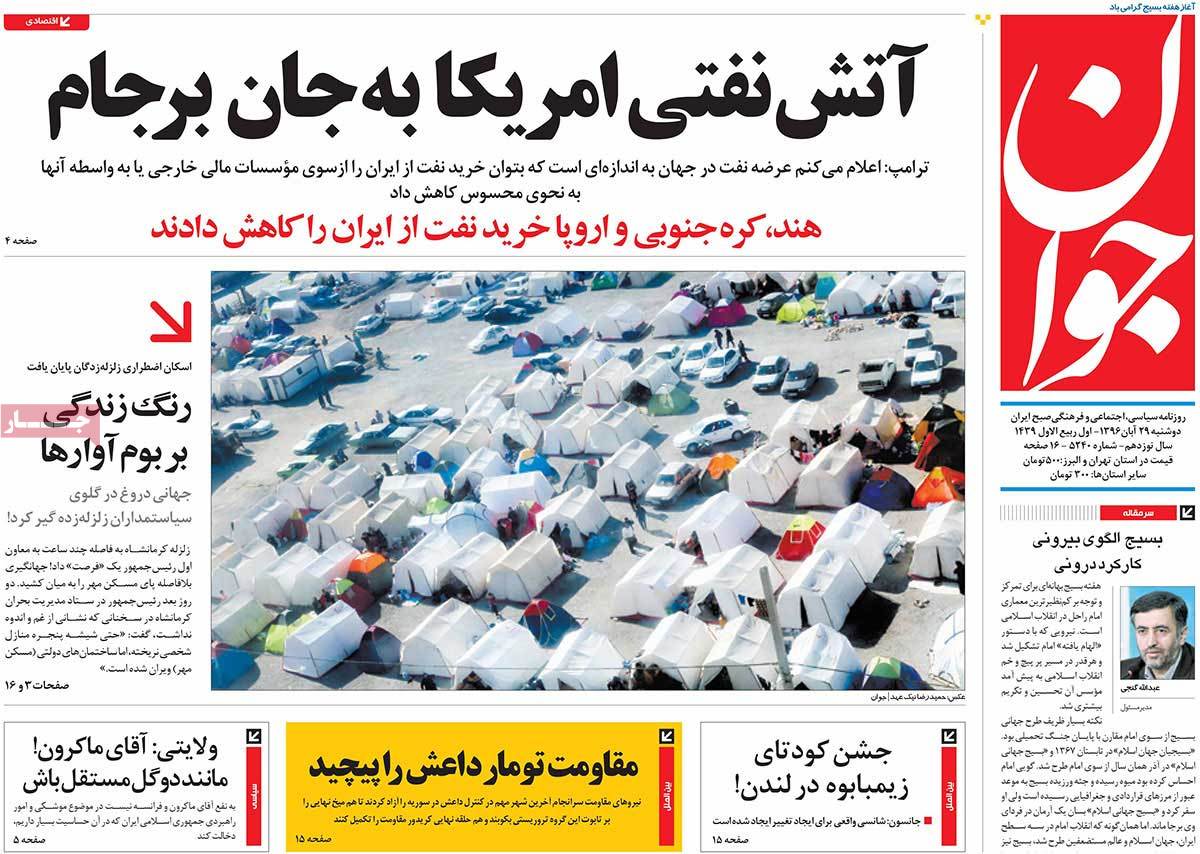 1- FM Zarif: UN Should Take Immediate Action to Save Yemeni People from Drought 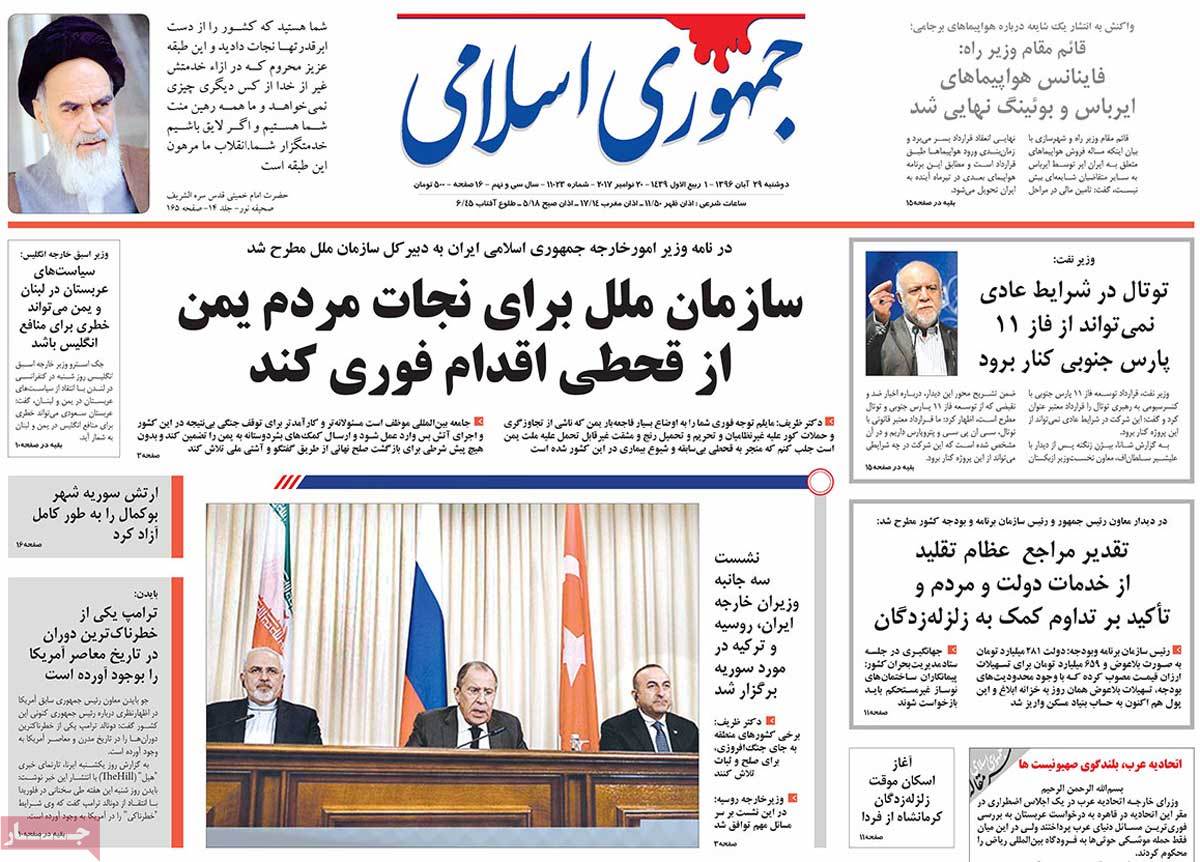 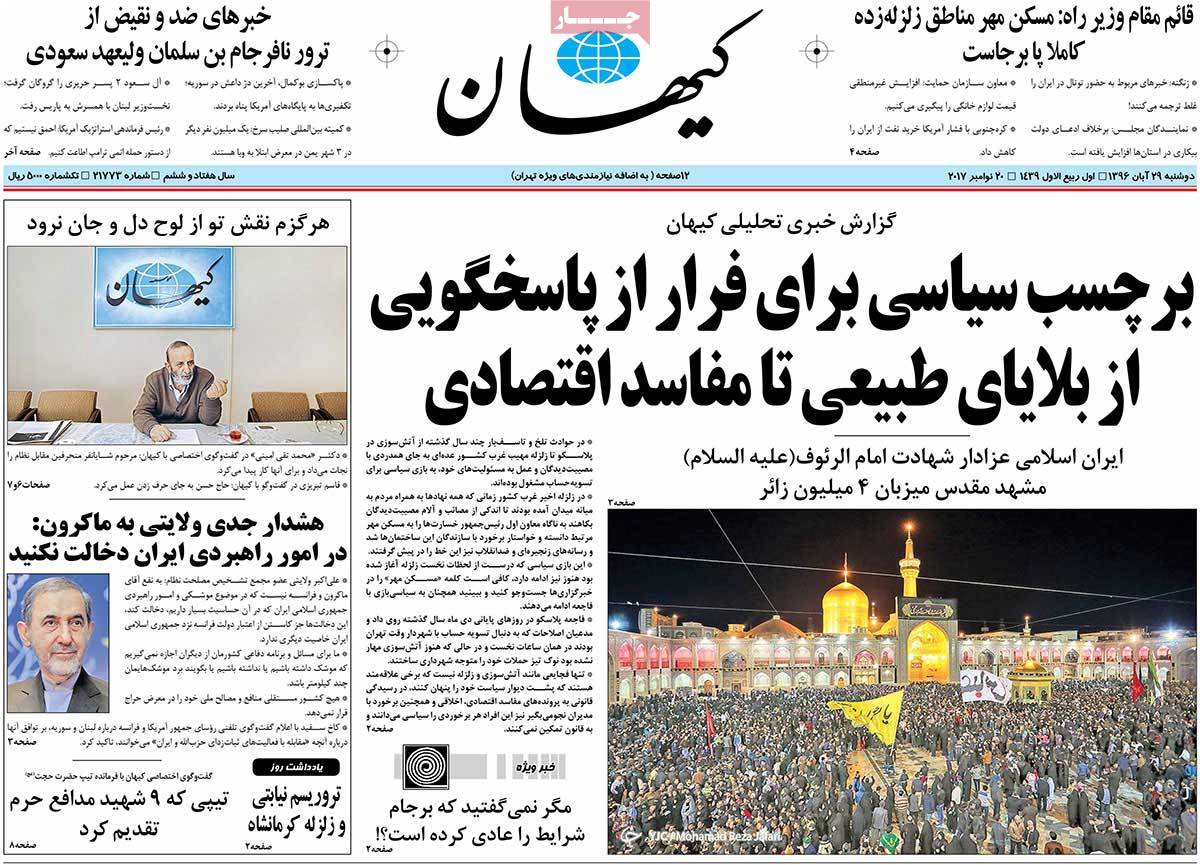 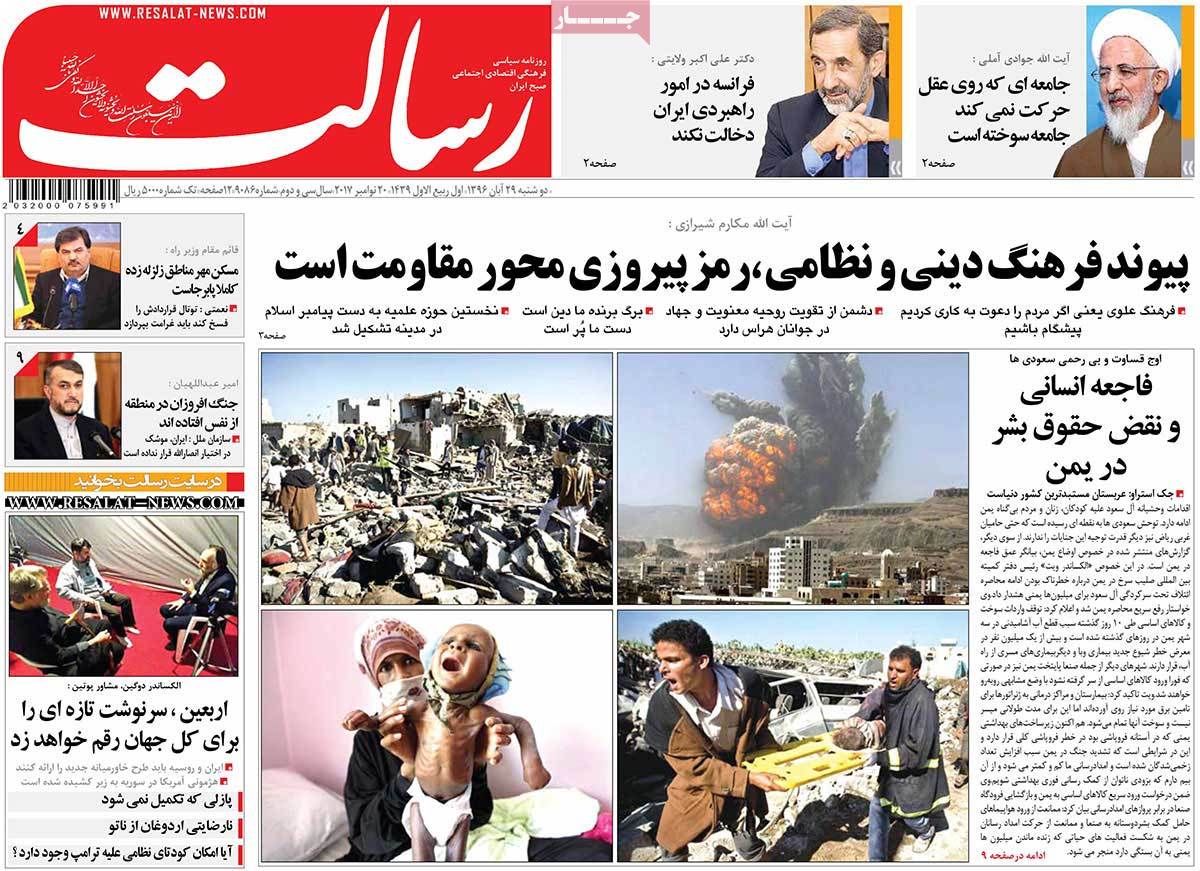 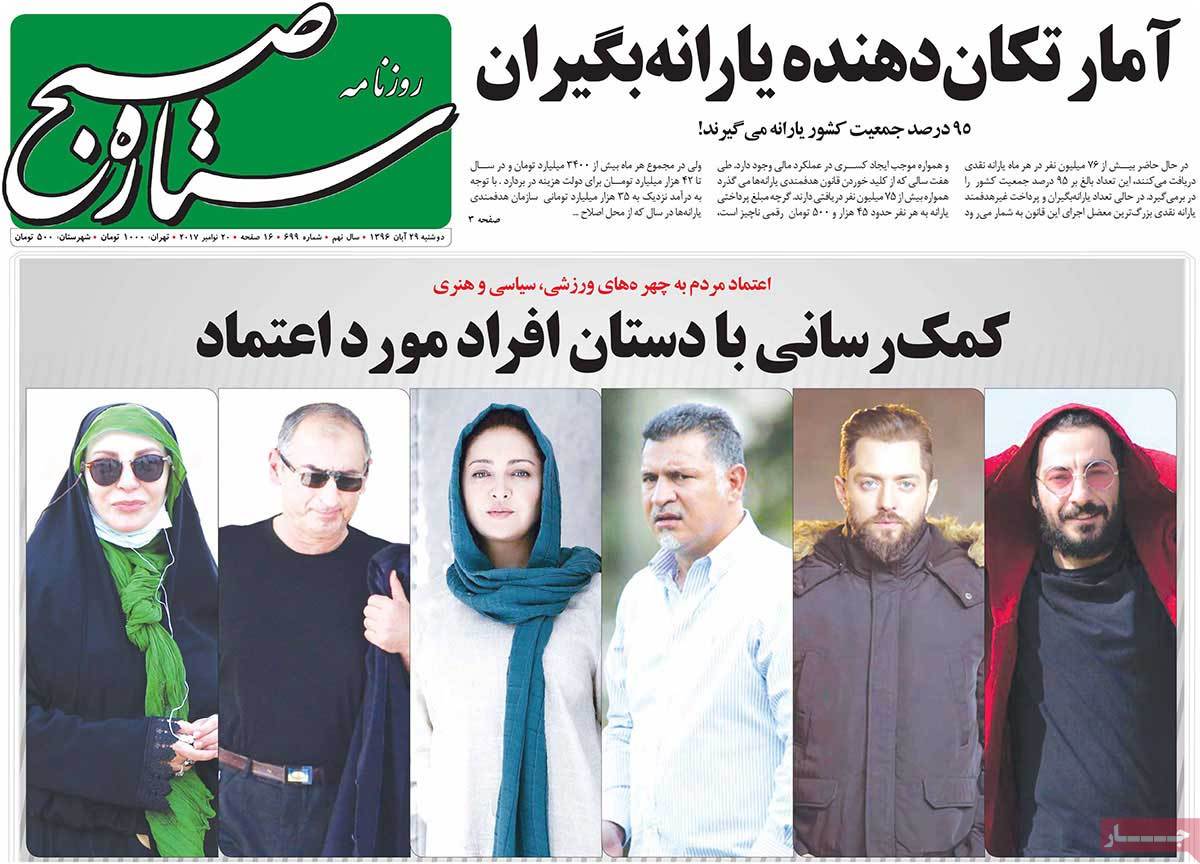 1- Oil Minister on Total’s Withdrawal from South Pars: No One Commits Suicide for Fear of Death 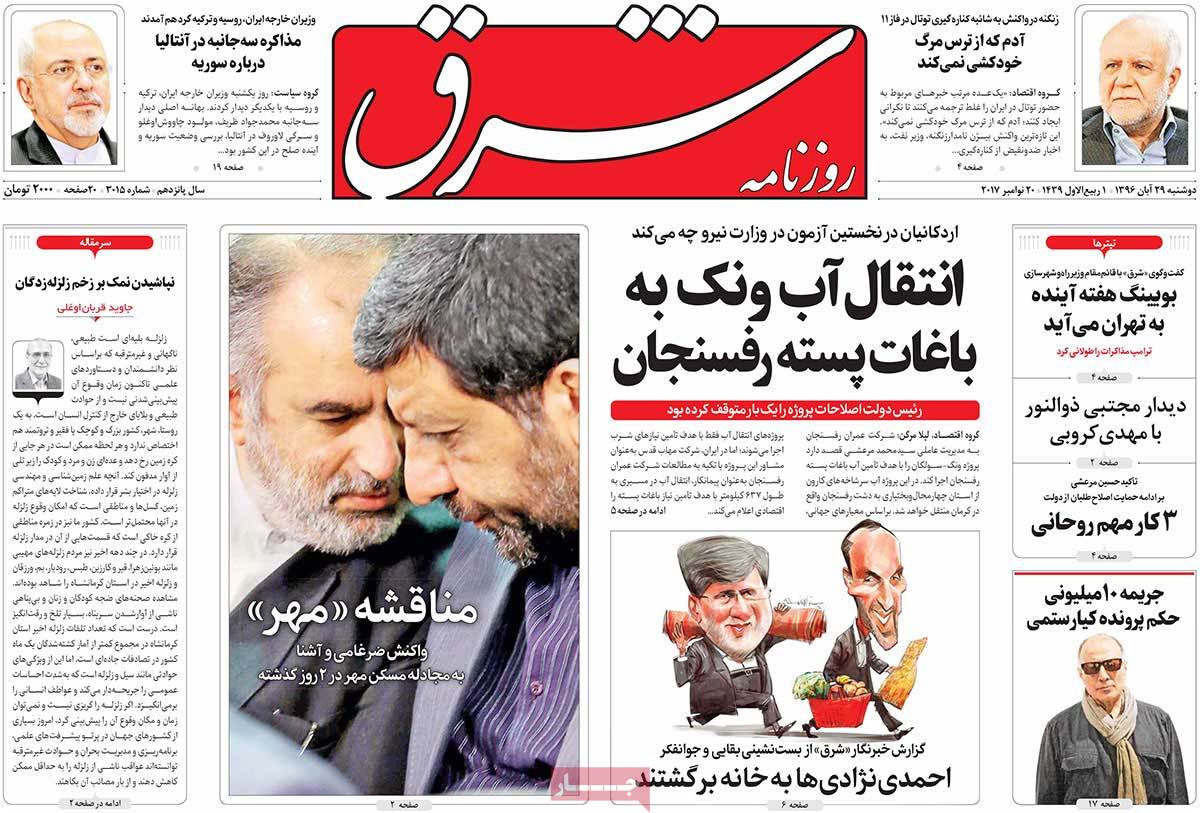 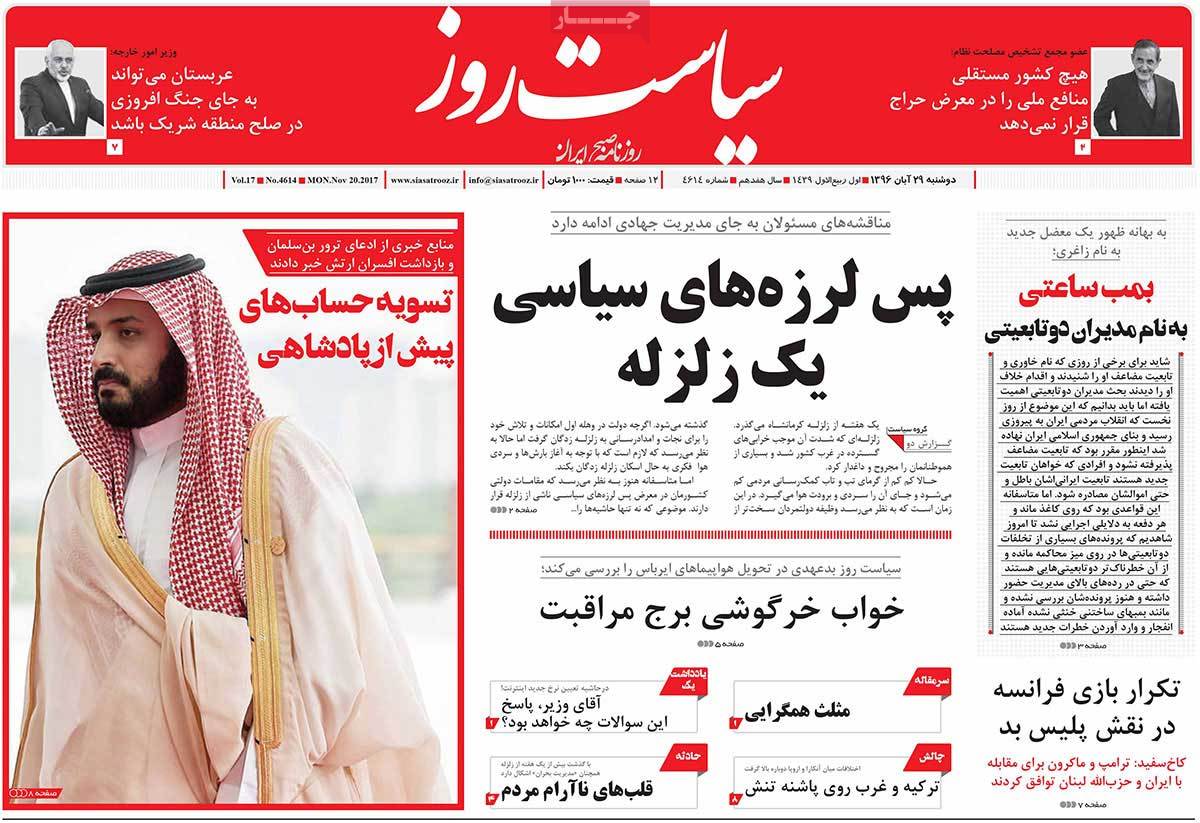 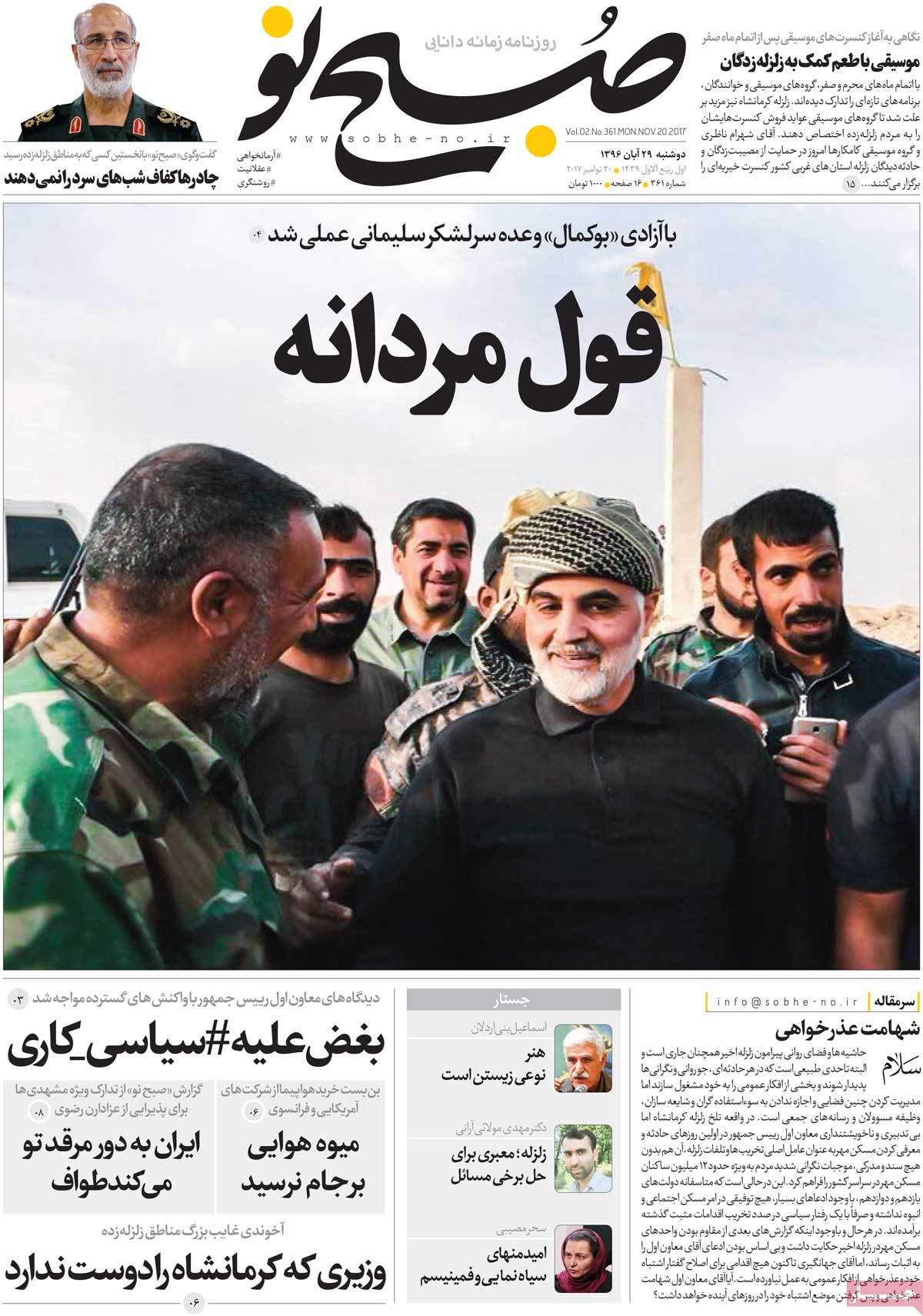