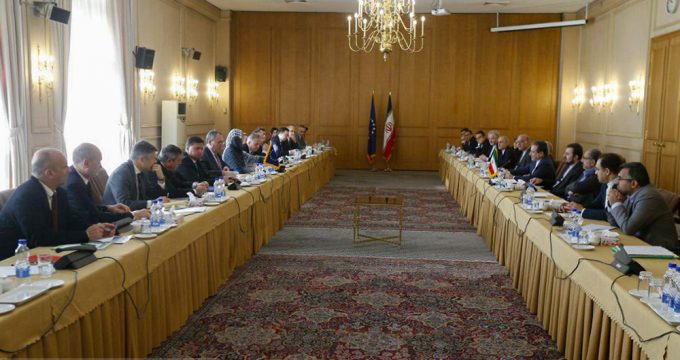 MNA – The third round of high-level negotiations on nuclear cooperation between officials of Iran and the European Union (EU) have kicked off Monday morning in Tehran.

This round of talks follows the two sides’ previous negotiations held respectively in Tehran and Brussels after the implementation of the landmark nuclear agreement between Tehran and 5+1 group of countries in 2016.

The two sides will hold talks on topics of mutual interest in the fields of economy and commerce, energy (nuclear energy, oil and gas, electricity and renewable energies), environment, transportation, human rights, higher education, research, technology and culture, as well as the latest regional developments.

Tehran’s talks will be followed in the form of a seminar on the theme of prospects of nuclear cooperation between Iran and the EU on Tuesday in Isfahan.