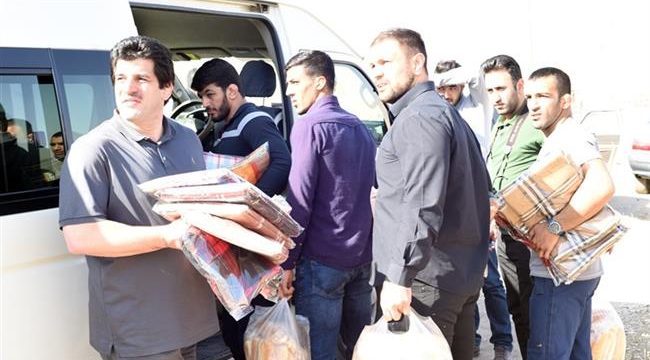 Press TV – Members of the Iran men’s national freestyle and Greco-Roman teams have rushed to aid the victims of the recent earthquake in the western part of the country, which has left at least 500 people dead, hundreds of others injured and dozens of villages destroyed.

The quake measuring 7.3 on the Richter scale rattled the border region between Iran and Iraq on Sunday night, causing extensive damage and loss of life.

According to the latest figures, at least 436 people have lost their lives and 9,388 others sustained injuries in the earthquake. More than 12,000 homes have also been completely destroyed in the incident.