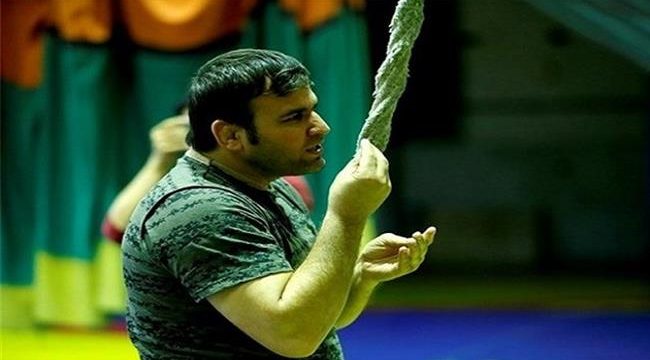 Press TV – Iranian freestyle wrestler Masoud Mostafa-Jokar has announced that he will sell his 2004 Athens Summer Olympics silver medal to aid the victims of the recent earthquake that rocked the western part of his country, leaving hundreds of people dead and tens of villages destroyed.

The quake measuring 7.3 on the Richter scale rattled the border region between Iran and Iraq on Sunday night, causing extensive damage and loss of life.

According to the latest figures, at least 432 people have lost their lives and 9,388 others sustained injuries in the earthquake. More than 12,000 homes have also been completely destroyed in the incident.

“Auctioning this medal is the least thing I could do to aid people affected in the tremor. I hope it is sold to the highest bidder, and the proceeds aid grief-stricken people in the western part of my country,” Mostafa-Jokar wrote in a message.

He lost to Cuban wrestler Yandro Miguel Quintana Rivalta 0-4 in the final bout, and scooped the silver.