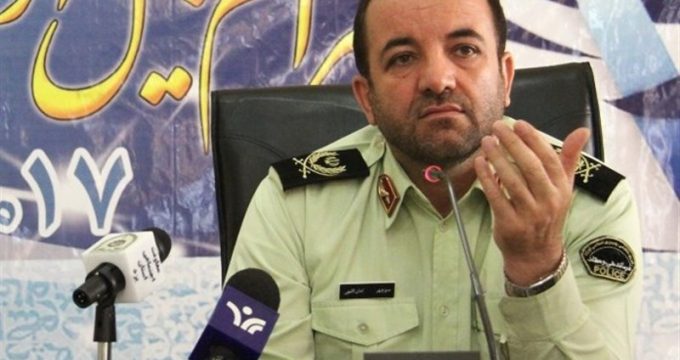 Tasnim – Security is prevalent in quake-hit areas in Iran’s western province of Kermanshah, the province’s police chief stressed two days after a strong earthquake killed over 420 people there.

Brigadier General Manouchehr Amanollahi denied rumors spread that some of the relief aid dispatched to the region has been stolen, underlining that proper security prevails in the province.

He also called on people, especially those in the affected areas, to cooperate with the police and relief organizations in ensuring order and providing the necessary services.

His comments came after rumors circulated in some social media networks that looters had stolen some of the aid supplies sent to the areas.

The Sunday tremor, whose epicenter was near Halabjah, southeast of Iraq’s Sulaymaniyah, measured 7.3 on the Richter scale. It killed at least 435 people, injured over 7800 and left massive damages in the Iranian border province.

Kermanshah’s provincial officials said about 12,000 houses both in urban and rural regions across the province have been totally damaged due to the strong earthquake.

Iranian medical officials announced that several field hospitals have been set up in the province.

He said the distribution of aid and equipment to the areas affected by the temblor has not been satisfactory, urging that the process of aid delivery should be rectified.

Despite the lack of medical facilities in hospitals in the province, however, health and medical services provided to the victims have been acceptable, the minister added.

“So far, 7613 injured people have received medical and emergency treatment. Some 1,000 have been hospitalized (in the province) and 280 of them have been transferred to other provinces such as Tehran and Alborz,” he went on to say.