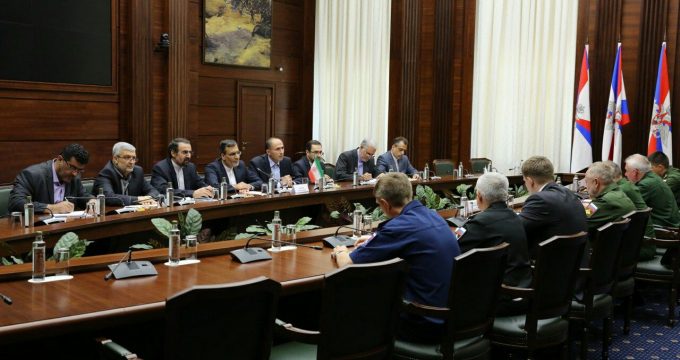 During the meeting, the latest developments on Syrian crisis, Syrian Talks in Astana and the two countries’ coordinated stances in the field were dealt with by the trio.

Jaberi Ansari, also Iran’s senior negotiator in Astana Peace Process, told reporters prior to the meeting that he would examine the results of the Astana Syrian talks with the Russian official.

Ansari told reporters at the end of the meeting that talks were fruitful, hoping that today’s talks would be useful in coordinating actions on Syria.

Astana Syrian Talks was initiated by Iran, Russia and Turkey last year, which brought together the Syrian government’s representatives as well as opposition groups.

Unlike the US-led western-Arab states which are out to topple the Syrian government since six years ago, leaving tens of thousands of killed, millions displaced, Iran and Russia are supporting the drive to fight terrorism and aid the Syrians to decide their fates.