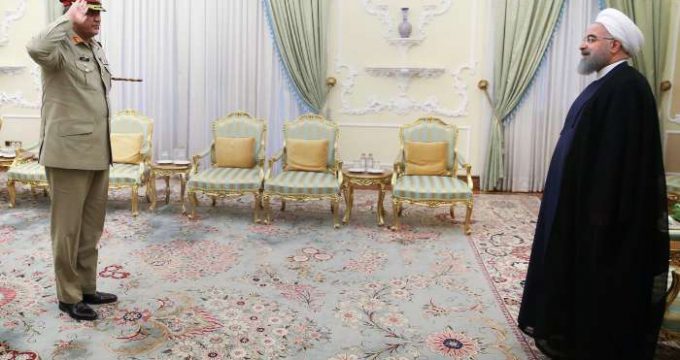 Al-Monitor- In a visit to Iran to boost military relations, Pakistan’s chief of army staff, Gen. Qamar Javed Bajwa, expressed interest in learning from Iran’s Basij Organization. The meeting between the two countries at the military level was hailed in Iranian media as a new era in Iran-Pakistan military relations.

Speaking to Maj. Gen. Mohammad Ali Jafari, the head of Iran’s Islamic Revolutionary Guard Corps (IRGC), Bajwa said, “We believe the most important factor in your success against enemies is the support of the people, and I hope this trip will be the basis for transferring to Pakistan the experience of the Basij and the example of the Iranian people’s forces.”

The Basij Organization, which formally operates under the IRGC, was created after the 1979 Islamic Revolution on the orders of Ayatollah Ruhollah Khomeini, the founder of the Islamic Republic of Iran and former supreme leader. It was not until after the Iraqi invasion of Iran in 1980 that the Basij took on a life of its own and became a popular force for its role on the front lines. Basij popularity took a hit after the 2009 presidential election, in which its forces played a significant role in quelling protests. Iranian officials have claimed that Basij membership is in the millions, which may be technically accurate. However, full-time, active membership is likely 100,000.