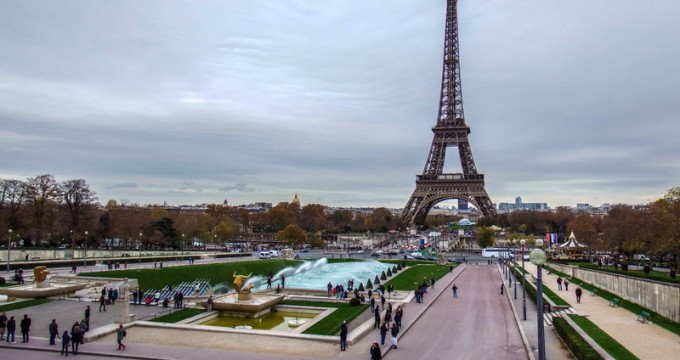 AAP – Iran and its fellow developing countries have accused the world’s richest nations of eroding trust and trying to undermine talks about the Paris agreement.

Iran has delivered a blistering assessment of the world’s richest countries’ performance during UN climate negotiations, accusing them of eroding trust and censoring developing nations.

In an unusually strong statement, Iran’s representative told talks in Bonn on Saturday the group of more than 20 like-minded developing countries it spoke for believed others were trying to rewrite the Paris agreement.

The agreement, like the UN climate convention, only worked when all parties had trust in each other and worked together in good faith, he said.

“So soon after the Paris agreement entered into force we are already seeing that trust and good faith being eroded by constant attempts to move away from prior agreements, solemn pledges and treaty obligations,” he said.

“This does not lay a good foundation for long-lasting, equitable and durable action on climate change.”

And in negotiations over finance, technology and building the capacity of nations to cut emissions, suggestions put forward by developing country blocs were “immediately rejected outright by developed countries”.

“Censoring other parties’ views from being included into negotiating text as the basis of negotiations is clearly not in good faith.”

The Saturday evening session was designed as a mid-COP23 update on the various negotiation bodies that have been working on different aspects of implementing the Paris agreement.

While the chairs of each of the bodies generally gave the impression good progress was being made, almost all the country groups said they were disappointed or concerned about the slow pace.

Ecuador said its G77+China group – representing 134 developing countries – was especially worried about the lack of progress on all financial matters.

This concern was echoed by Mali on behalf of African countries.

Finance is important to developing countries, who cannot afford on their own to cut emissions or adapt to climate change.

“One component is still missing – not from (Fiji) but from our developed country parties – and that is the political will that is needed to engage constructively towards the highest priority of ensuring a balanced progress on all agenda items,” Ecuador official Walter Schuldt said.

And the Maldives, speaking for small island states, accused some countries of taking a “seemingly hard stance” by wanting to limit access to finance.

Australian environment ambassador Patrick Suckling said its Umbrella Group of non-EU developed countries – including the US, Canada and New Zealand – was generally heartened that everyone at the negotiations wanted to see progress.

But Australia’s bloc was disappointed by persistent efforts from some countries to work outside the mandates of the Paris agreement.

Tension has arisen over adding extra items to the official agenda, including a formal discussion about increasing pledges for action before the Paris deal starts in 2020.

“(This) is hampering the very progress we are seeking,” Mr Suckling said.

The European Union said it did not recognise any lack of political will during negotiations and there was no disagreement about the urgency of pre-2020 action – only what form discussions should take.

Morocco, which has been working with countries on a solution to this dispute, also reported there was a clearly unanimous view on the importance of early action on climate change.

It said there was no consensus yet but was convinced once could be reached.

“These discussions need to take place now, not only on climate action but also on issues such as the adaptation fund, to build trust and ensure that vulnerable countries will get the help they need,” he told AAP.