A Look at Iranian Newspaper Front Pages on November 11

Iran Front Page- IFP has taken a look at the front pages of Iranian newspapers on Saturday, November 11, and picked headlines from 11 of them. IFP has simply translated the headlines and does not vouch for their accuracy.

Almost all newspapers covered the participation of millions of Shiite pilgrims from Iran and other countries in the Arba’een pilgrimage, the world’s largest religious gathering, in the Iraqi city of Karbala.

2- Iraqi FM: Everyone to Lose If War Breaks Out in Middle East 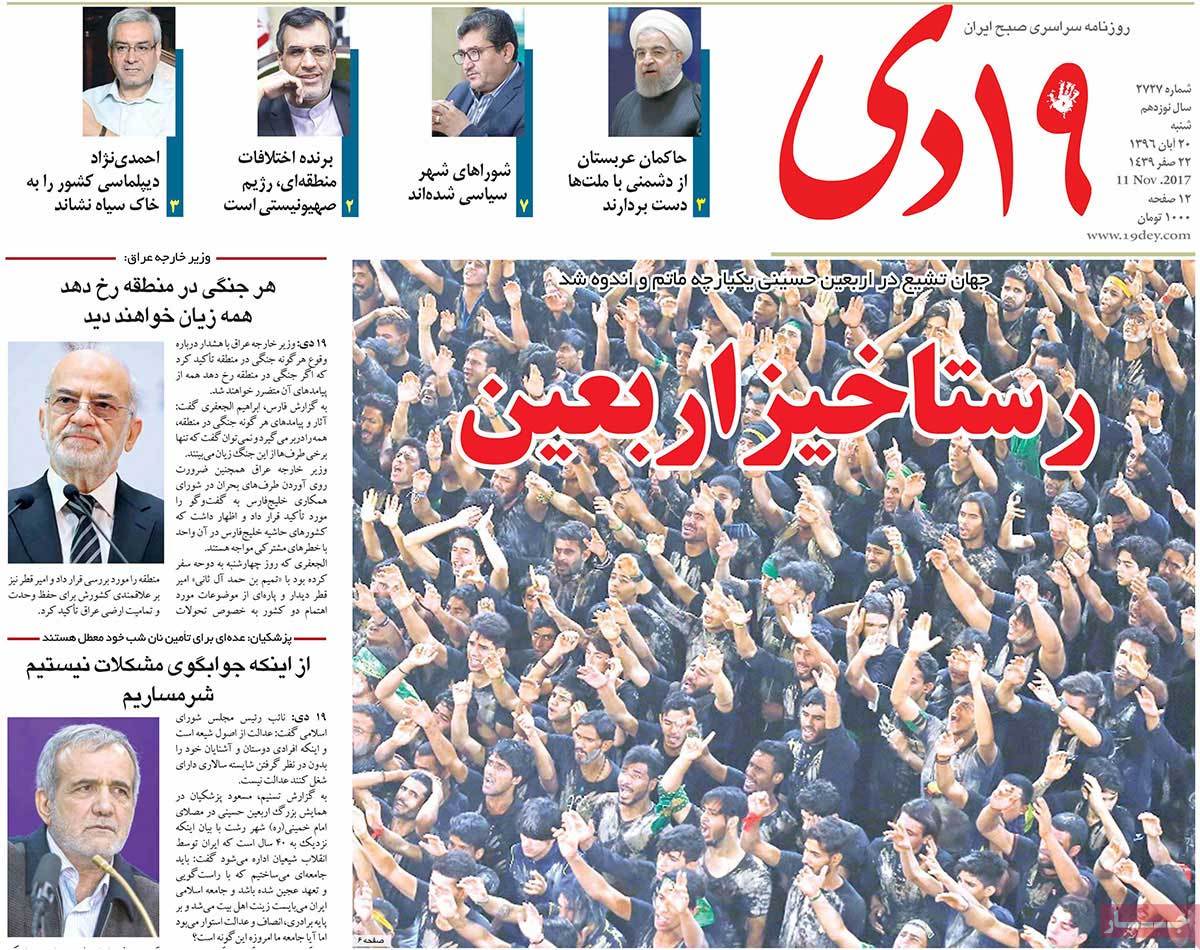 3- Zarif: Placing Bad Bets on Wrong Choice to Only Lead to Further Crises 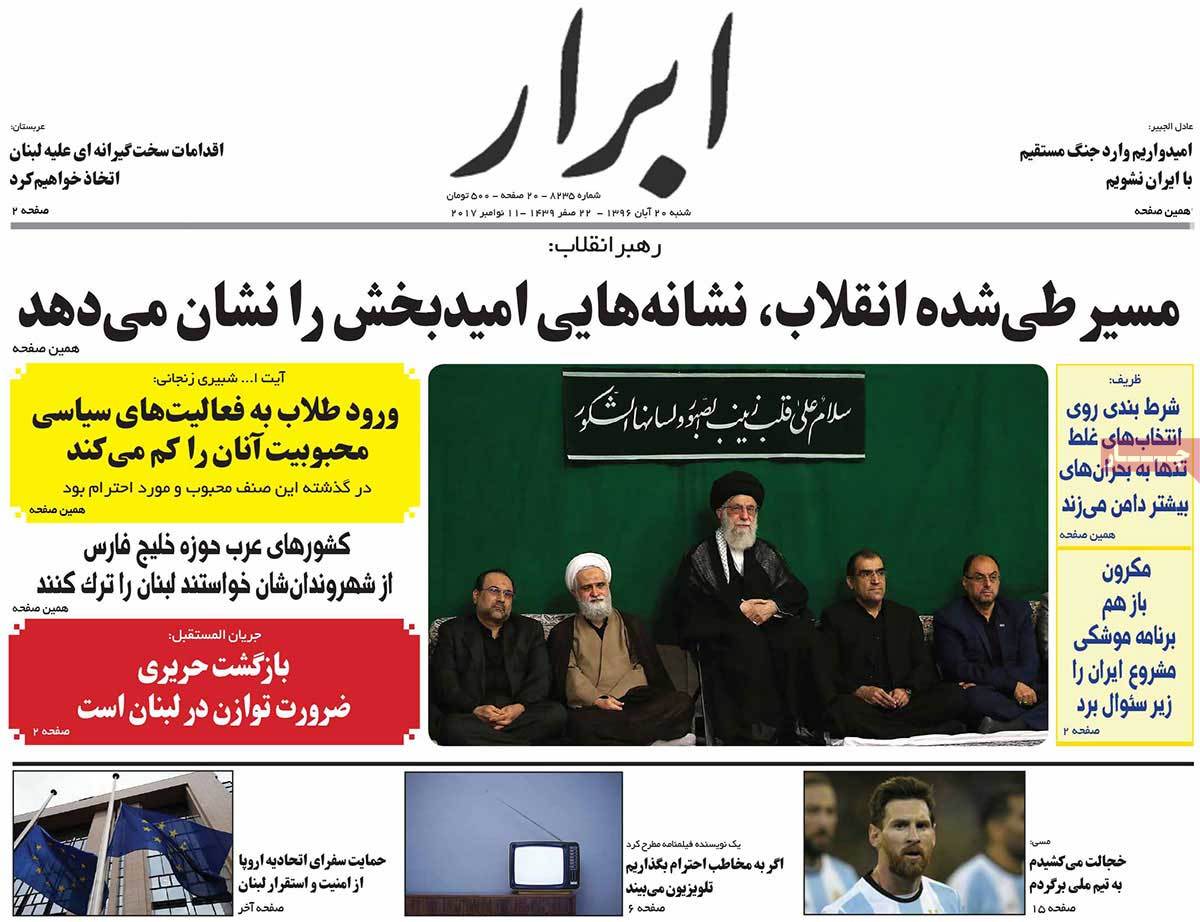 1- The Current Sensitive Juncture: A Review of Regional Developments in Past Days 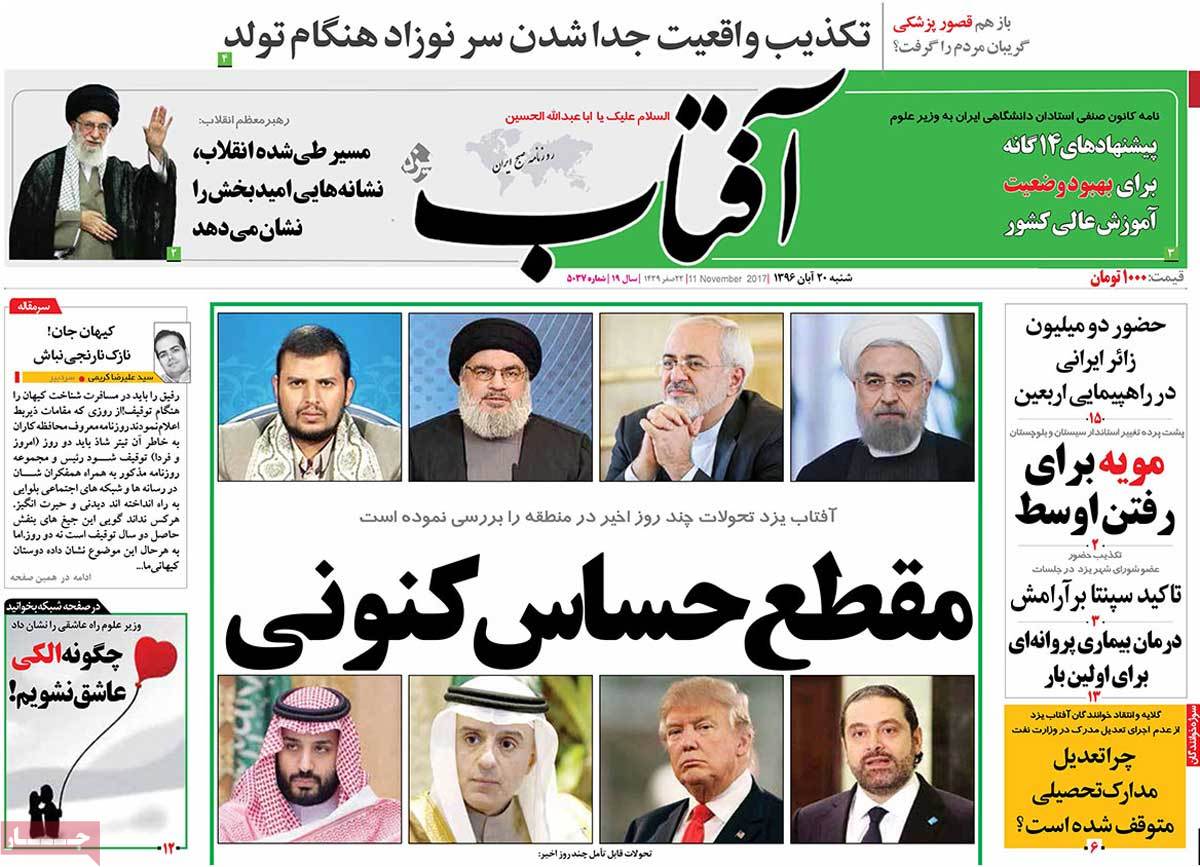 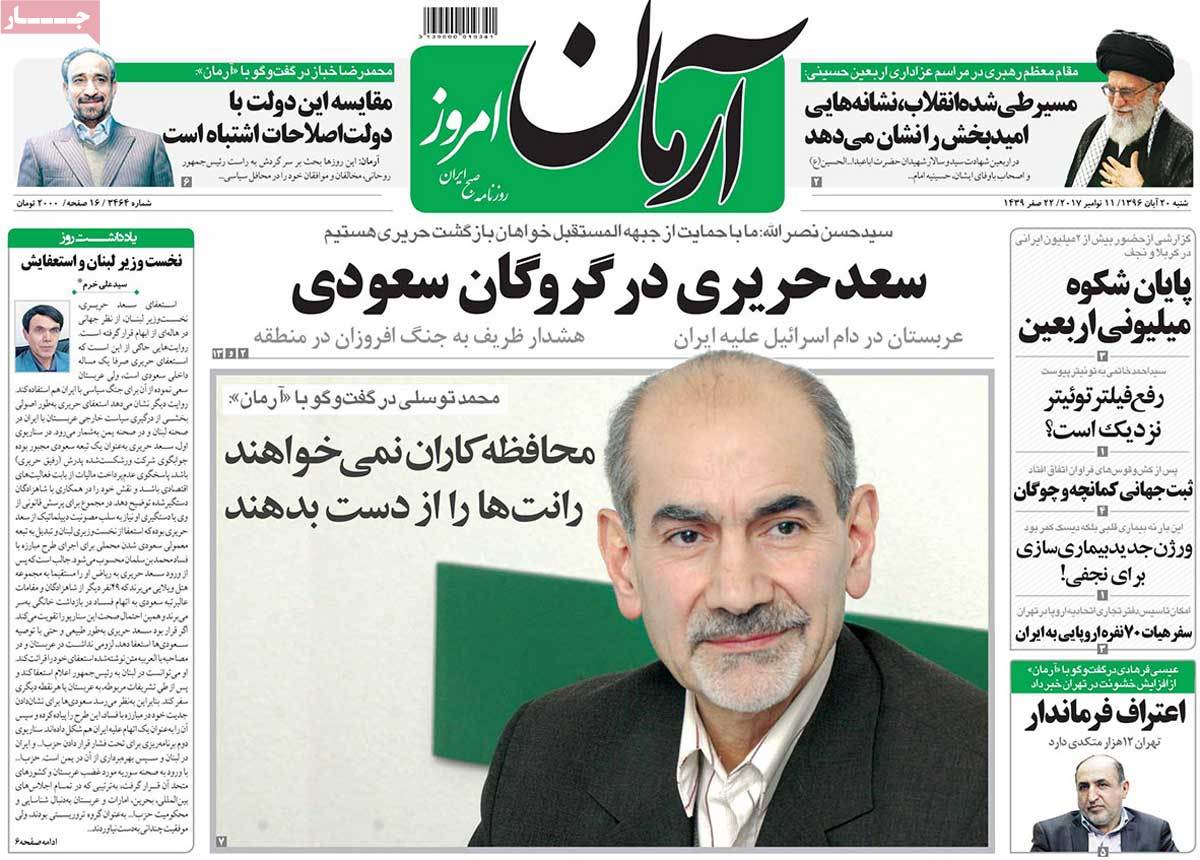 1- Zarif: Iran Opposed to Development, Use of Nuclear Weapons 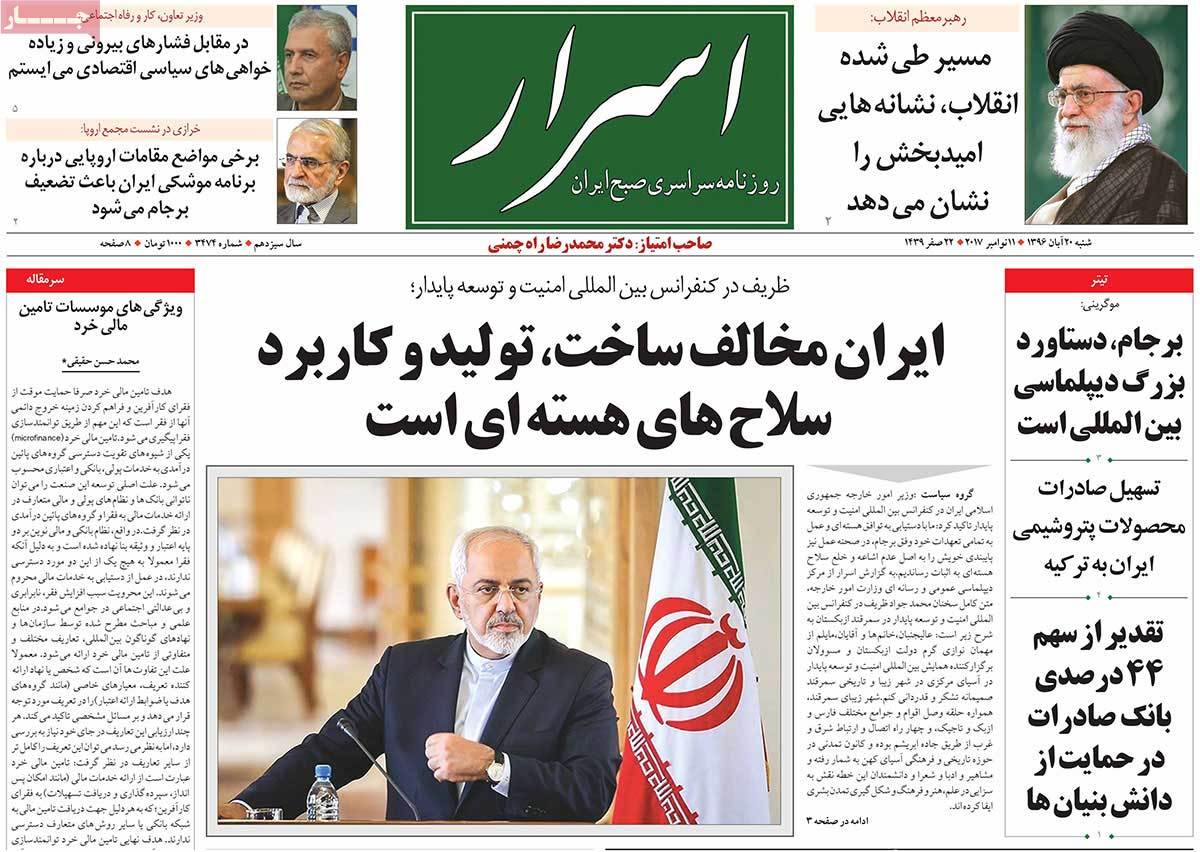 3- Iran’s Missile Power Has Nothing to Do with Nuclear Deal: Mogherini 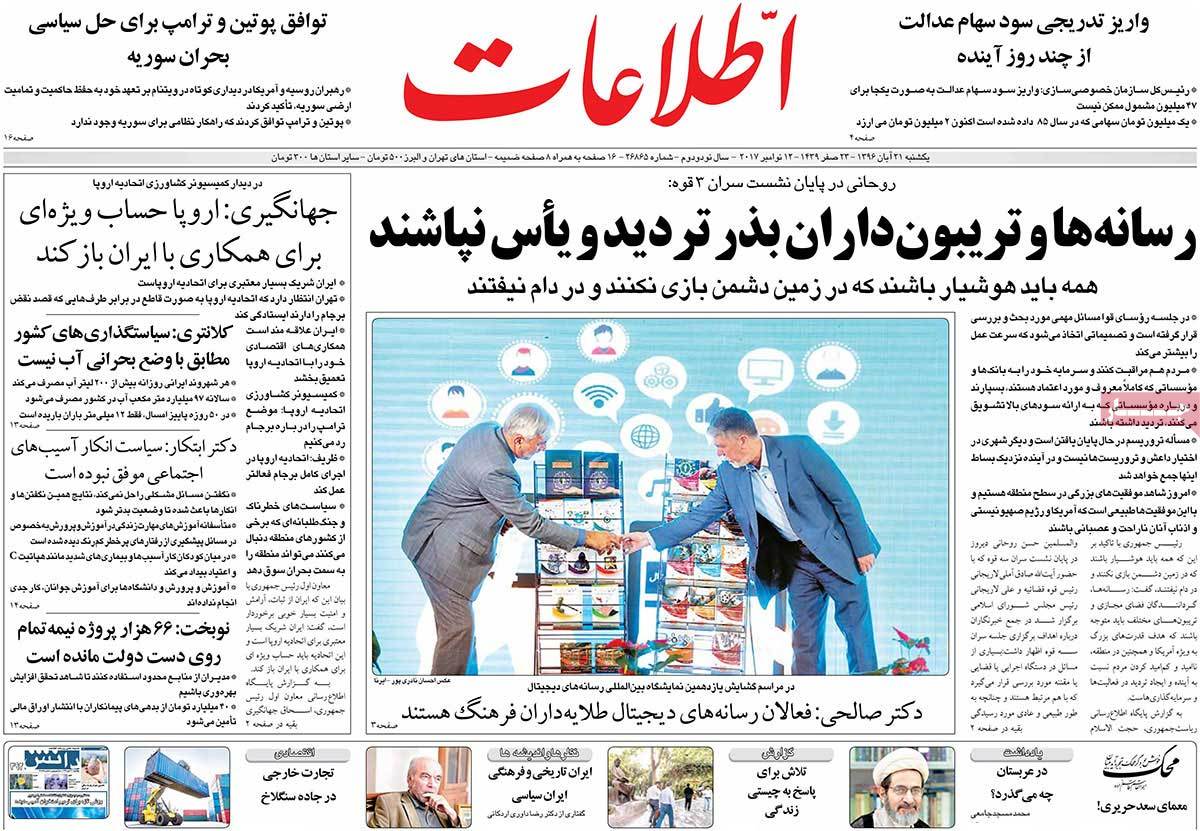 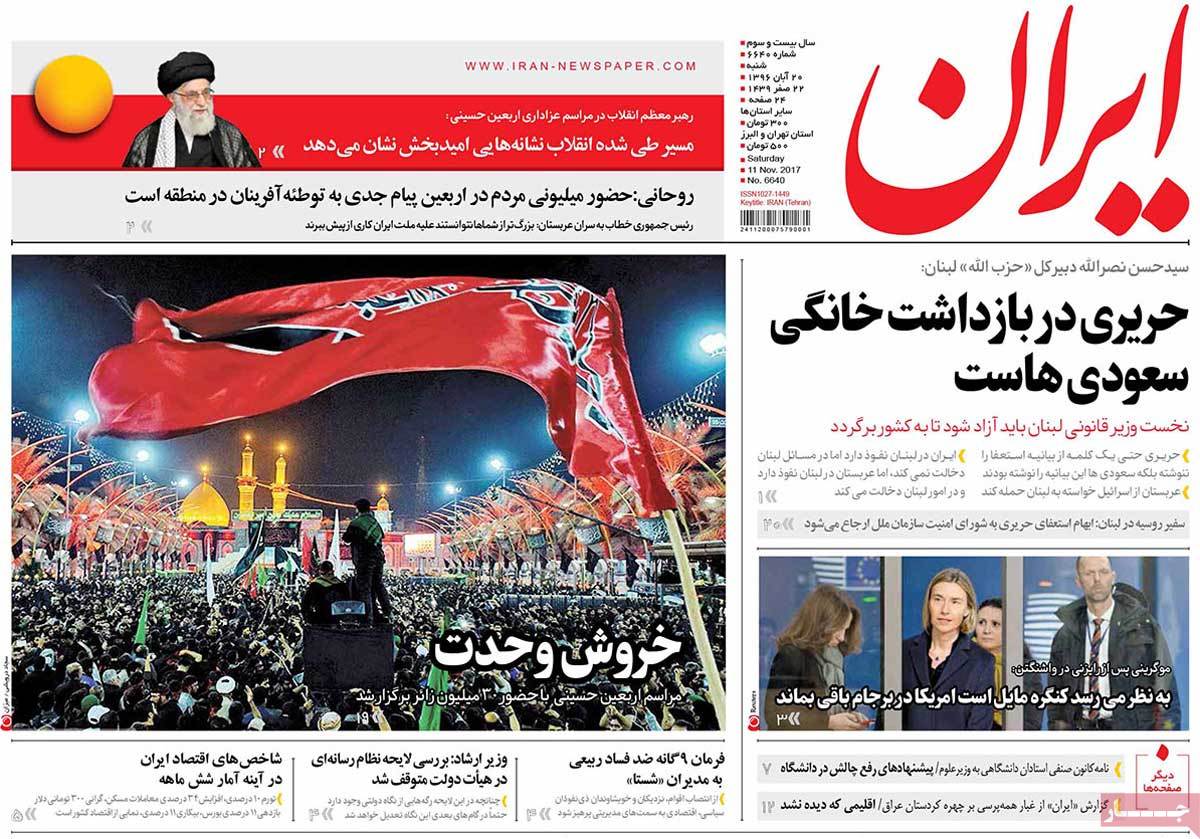 1- Rouhani to Al Saud Leaders: We’ve Defeated Enemies Even Stronger than You!

3- Macron: We Need another JCPOA on Iran’s Missile Power 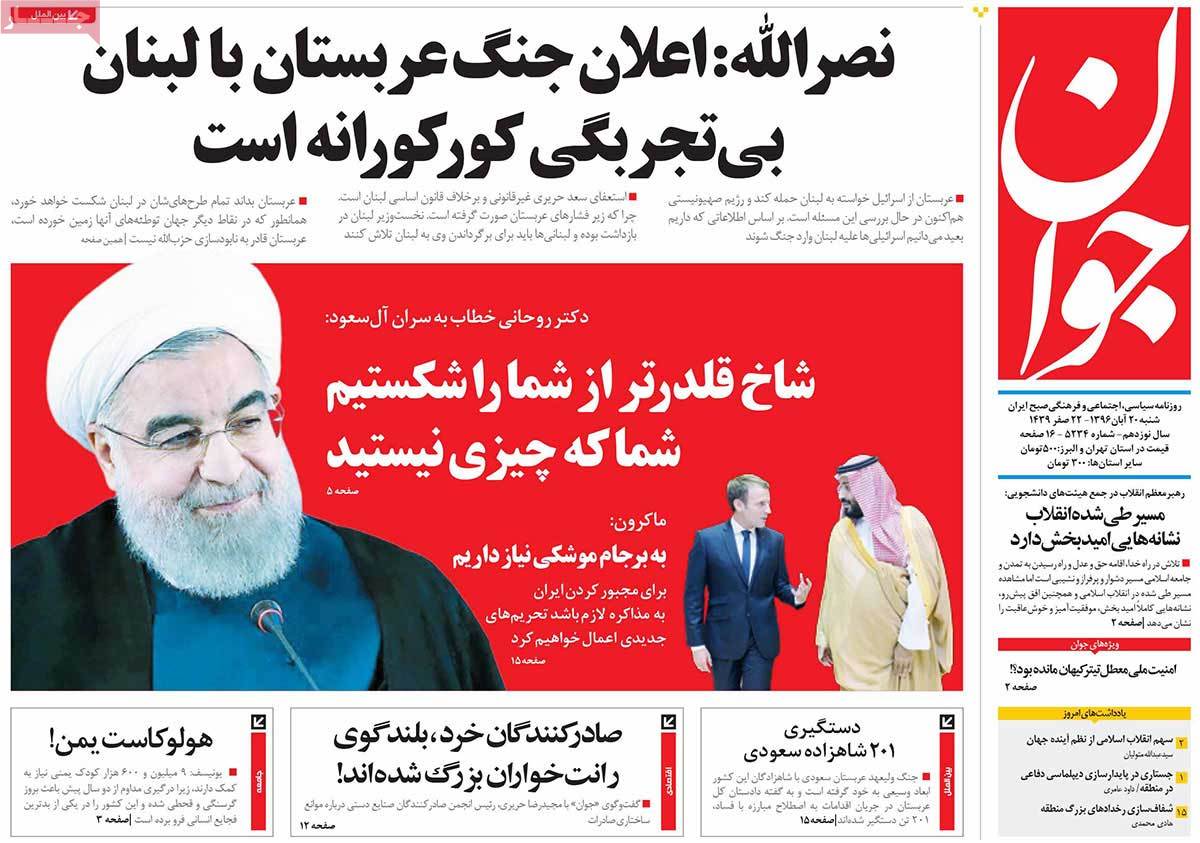 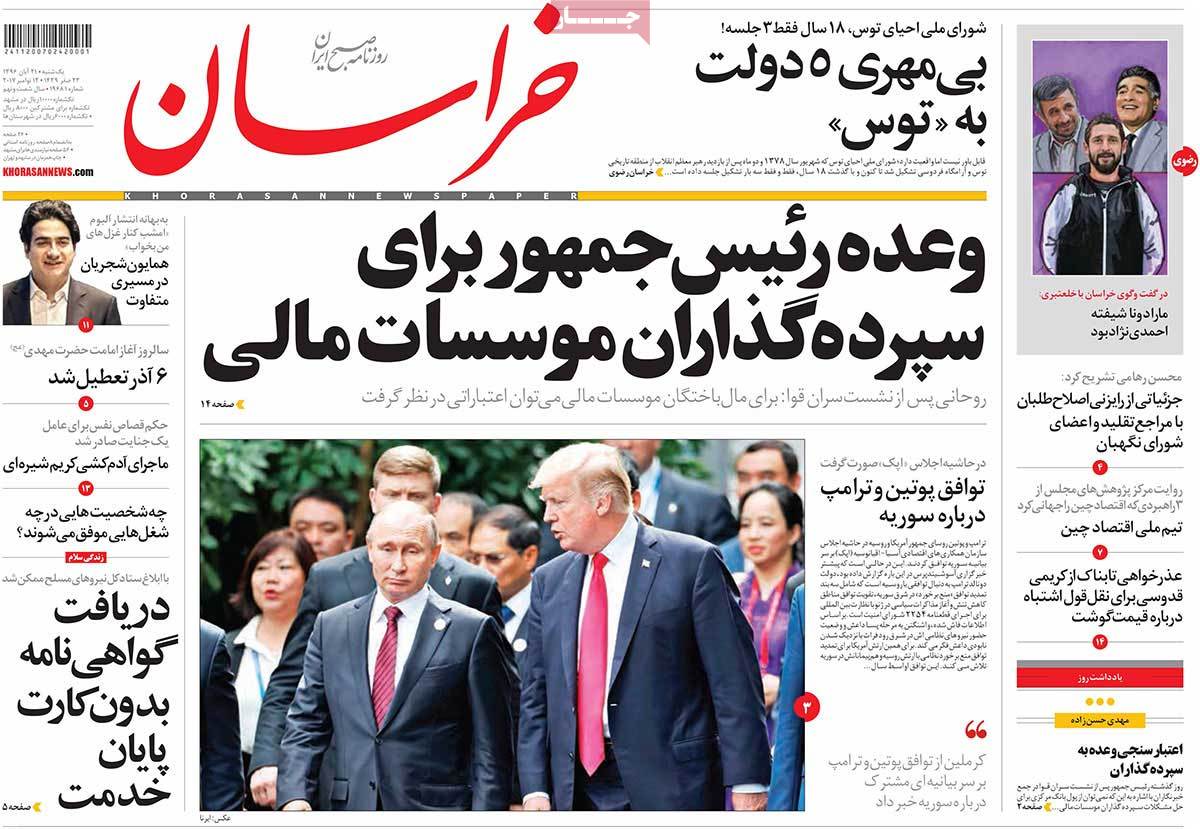 2- Ayatollah Khatami: Saudi Arabia to Be Slapped in Face If Carry Out Their Threats 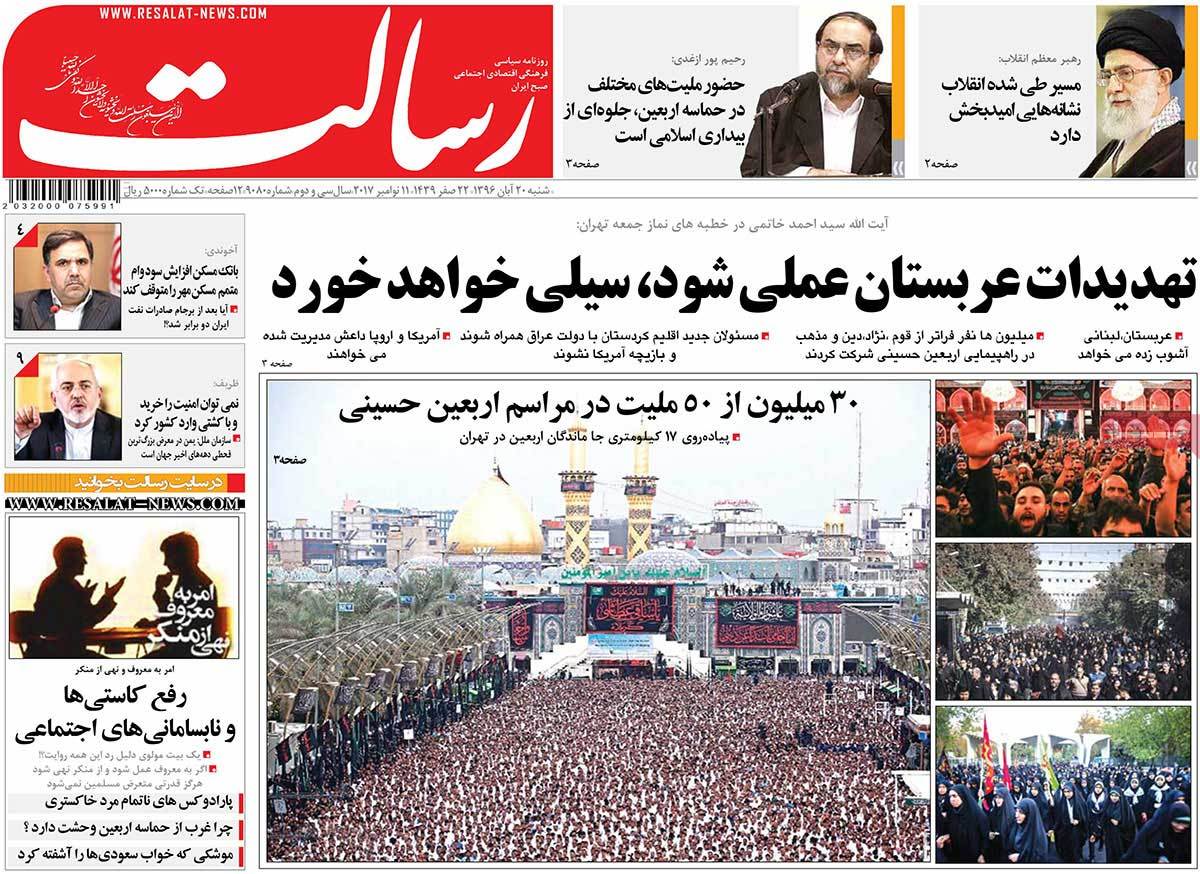 1- Riyadh’s War against Itself 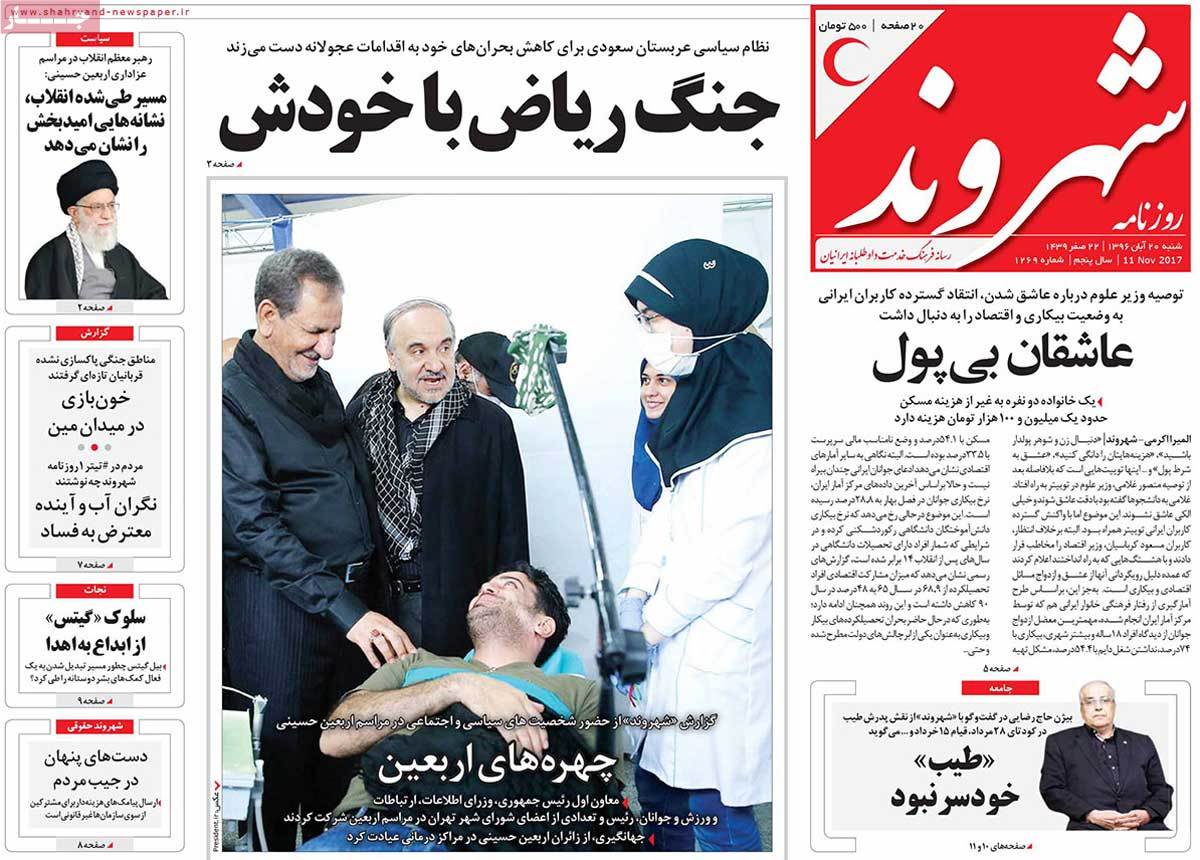