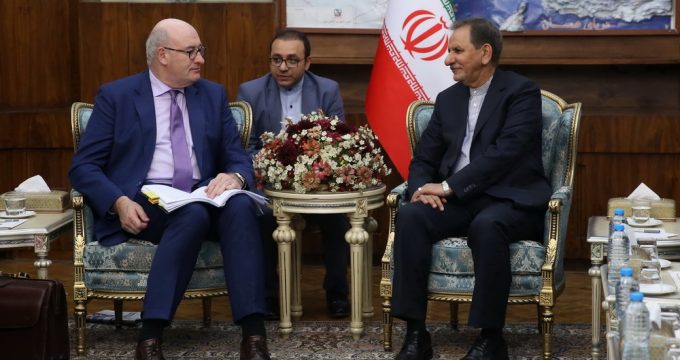 IRNA – Iranian first vice president called for the European Union (EU) firm stance in supporting the nuclear deal reached between Iran and G5+1 (US, UK, Russia, China, France plus Germany) in Vienna in 2015.

‘Tehran expects the European Union countries to resist firmly those sides that aim to violate the JCPOA (Joint Comprehensive Plan of Action),’ Eshaq Jahangiri said on Saturday in a meeting with visiting EU Commissioner for Agriculture and Rural Development Phil Hogan.

He referred to high level of stability and security in Iran and said that EU should attach great importance to cooperation with Iran.

The Iranian official said that US actions sabotage the spirit of JCPOA, adding ‘We expect EU … to encourage its companies for cooperation with Iran and support these companies to develop their relations with Iran.’

He expressed dissatisfaction over the current level of banking cooperation between Tehran and EU member states, noting that establishment of EU office in Tehran can help development of ties.

‘The issue of establishment of EU office in Iran is currently on the agenda of Foreign Ministry,’ Jahangiri added.
Translator: Hamdollah Emadi Heydari