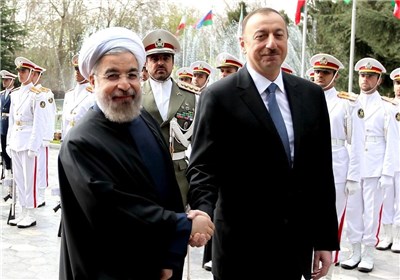 Al-Monitor | Maysam Bizaer: The collapse of the Soviet Union led to the formation of a series of republics in the Caucasus, including Azerbaijan, Armenia and Georgia. Since these states’ independence, Iran, which regards the Caucasus as a strategic region, has sought friendly relations with them. It now enjoys “very good ties” with Armenia and “balanced relations” with Georgia. In the case of Azerbaijan, bilateral relations have been maintained despite political tensions primarily revolving around Baku’s ties with Israel. In recent years, however, Tehran and Baku have begun to develop more extensive relations than those between Iran and the two other Caucasus nations.

Jafar Khashe, a senior researcher at the Caucasus Studies Institute, told Al-Monitor, “Since Azerbaijan’s independence, the Islamic Republic of Iran has supported it both in political and economic areas. There were, however, some impediments in their ties, which hindered extensive cooperation. But certain regional developments in recent years made Baku pay attention to the Iran-Russia axis, an issue which was also welcomed by Iran, and finally resulted in the promotion of Tehran-Baku mutual relations.”

After the election of Hassan Rouhani as Iran’s president in 2013, bilateral ties with Azerbaijan experienced a remarkable expansion, as his administration pursued interactions with other countries, especially neighboring states. For a better understanding of how relations between the two countries have evolved in recent years, Al-Monitor spoke with Mohsen Pakaein, who served as Iran’s ambassador to Azerbaijan from late 2012 to August 2016.