Tasnim – An international conference on security and sustainable development opened in Uzbekistan on Friday with Iranian Foreign Minister Mohammad Javad Zarif in attendance.

A number of Asian and European officials, including Zarif and European Union Foreign Policy Chief Federica Mogherini, have attended the international conference in the Uzbek city of Samarkand.

Mogherini delivered a speech at the conference titled “Central Asia: Shared past and common future, cooperation for sustainable development and mutual prosperity”. 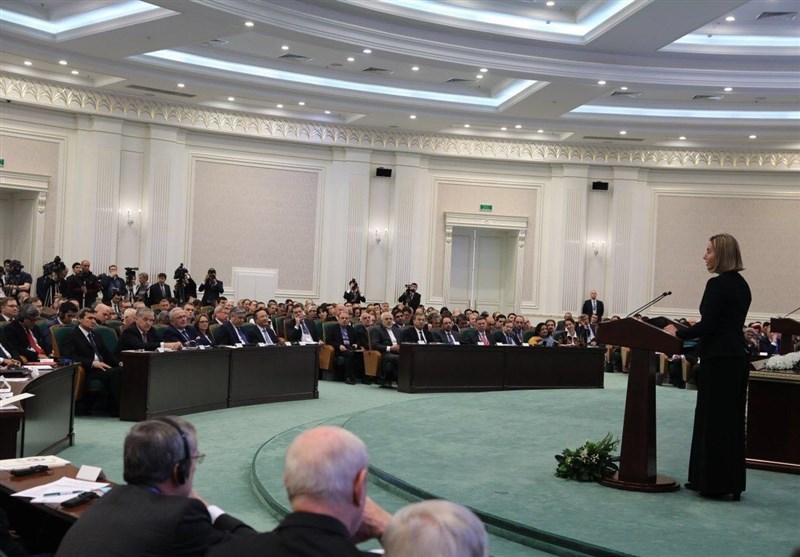 The Iranian foreign minister has paid a visit to Uzbekistan as part of his tour of Central Asia, which had taken him to Tajikistan earlier.

The visits came at the official invitation of the authorities of the two Central Asian countries.

During his trip to Tajikistan, Zarif held talks with Tajikistan’s high-ranking officials, including President Emomali Rahmon and Foreign Minister Sirodjidin Aslov about a range of issues, including the ways to boost Tehran-Dushanbe ties in various areas.