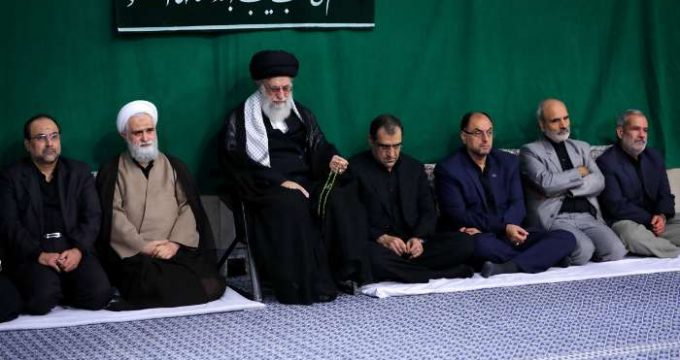 Arbaeen ceremony underway in Tehran in presence of Leader

IRNA – Groups of university students from all across Iran attended the Arbaeen mourning ceremony here on Thursday in the presence of the Supreme Leader of the Islamic Revolution Ayatollah Seyyed Ali Khamenei.

The ceremony is underway in the Imam Khomeini Mosque in downtown Tehran.

The Arbaeen mourning ceremony, falling on November 9 this year in Iran, is one of the largest religious gatherings in the world.

It marks the 40th day after the martyrdom anniversary of the grandson of Prophet Mohammad (PBUH), Imam Hussein (AS), the third Imam of Shiite Muslims.