A Look at Iranian Newspaper Front Pages on November 8

Iran Front Page- IFP has taken a look at the front pages of Iranian newspapers on Wednesday, November 8, and picked headlines from 12 of them. IFP has simply translated the headlines and does not vouch for their accuracy.

All newspapers today covered the Arba’een pilgrimage, the world’s largest religious gathering which includes a trek to the Iraqi city of Karbala, where Imam Hussein’s shrine is located. Thursday, November 9, a holiday in Iran, is the day Shiite Muslims mourn the 40th day after Imam Hussein’s martyrdom, known as Arba’een.

Several papers on Wednesday also covered the remarks made by the Leader of Iran’s Islamic Revolution Ayatollah Seyyed Ali Khamenei in praise of Arba’een Walk and the blessings it has for Muslim people.

The ongoing war of words between Iran and Saudi Arabia as well as a meeting between IRGC Chief-Commander Major General Mohammad-Ali Jafari and Pakistani Army Chief in Tehran were among other top stories.

2- Millions of Arba’een Pilgrims Trek from Baghdad to Karbala

4- Amano: We Have Access to All Sites We Need to Inspect in Iran 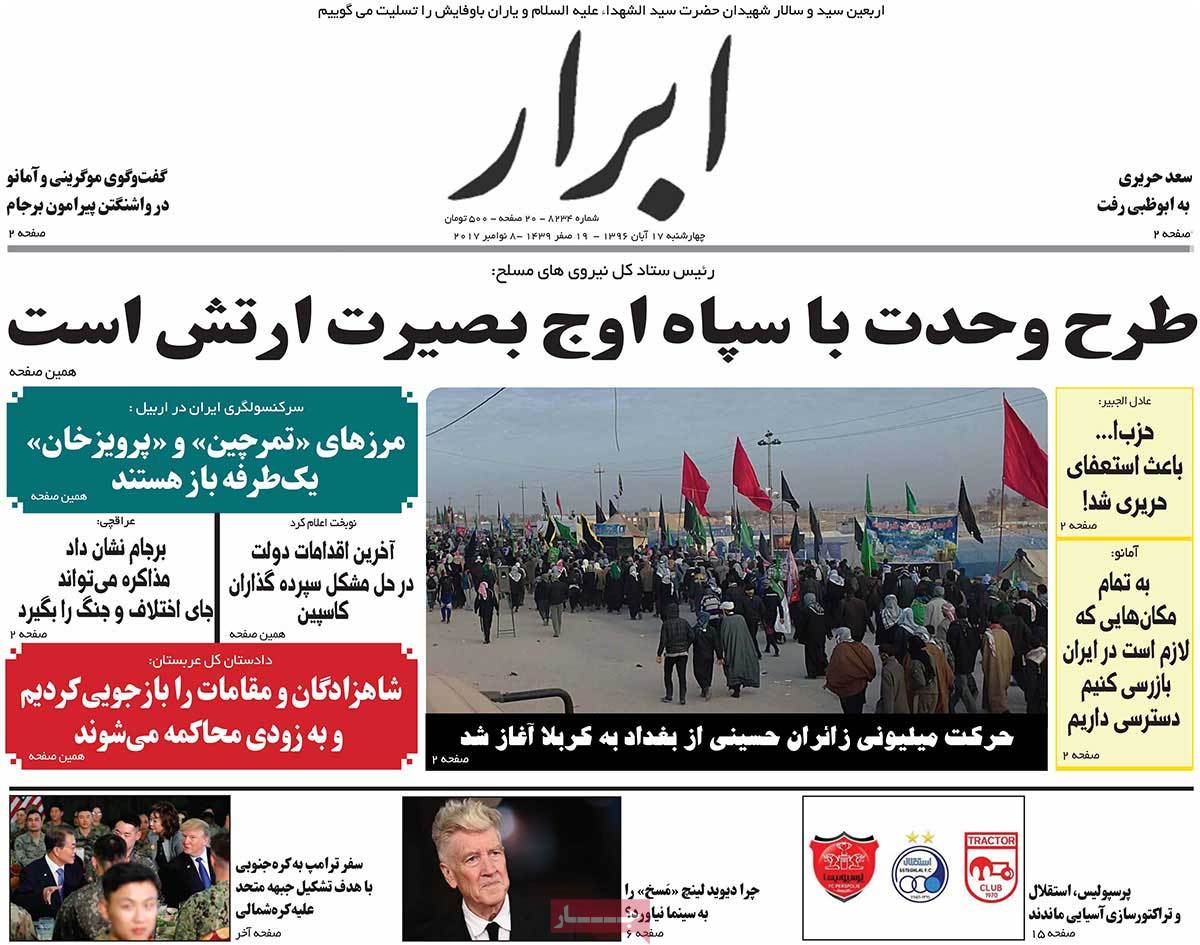 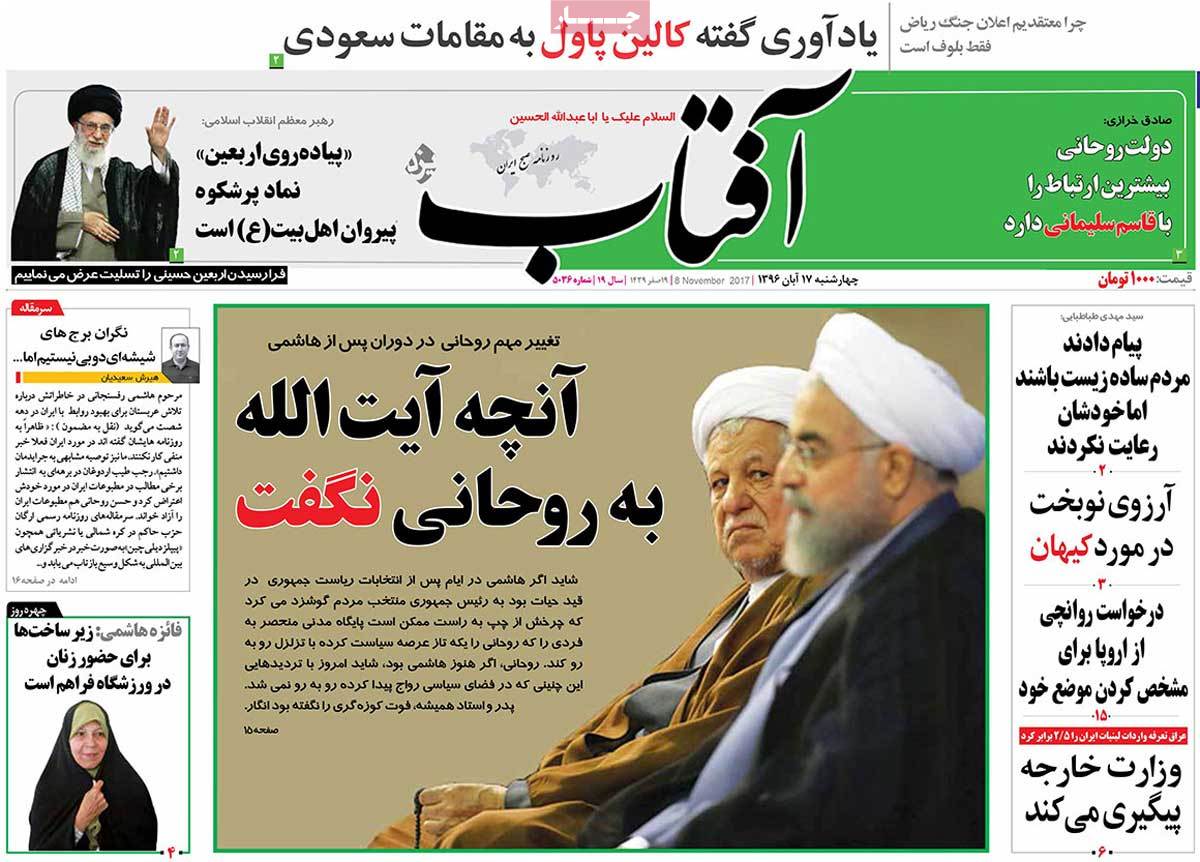 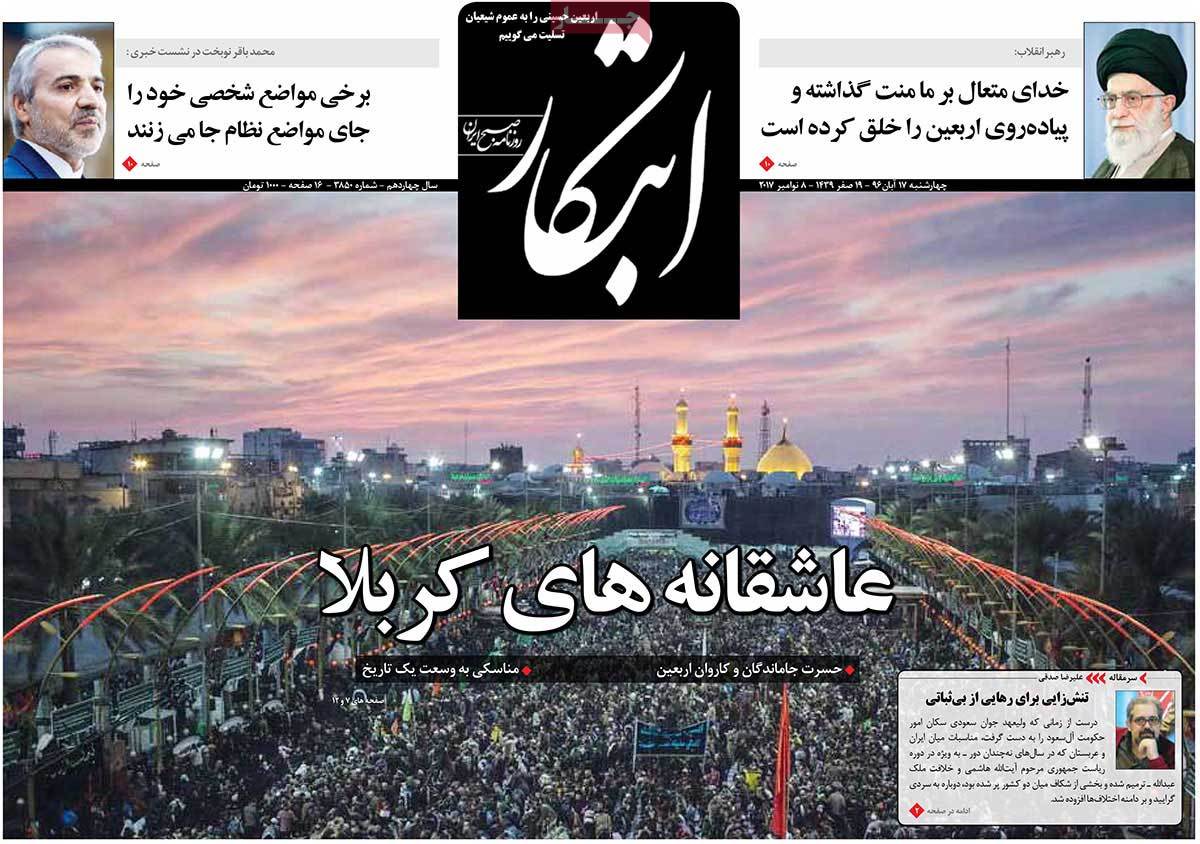 1- Splendour of Arba’een; Iran Leader Hails the Pilgrimage Attended by Millions of People 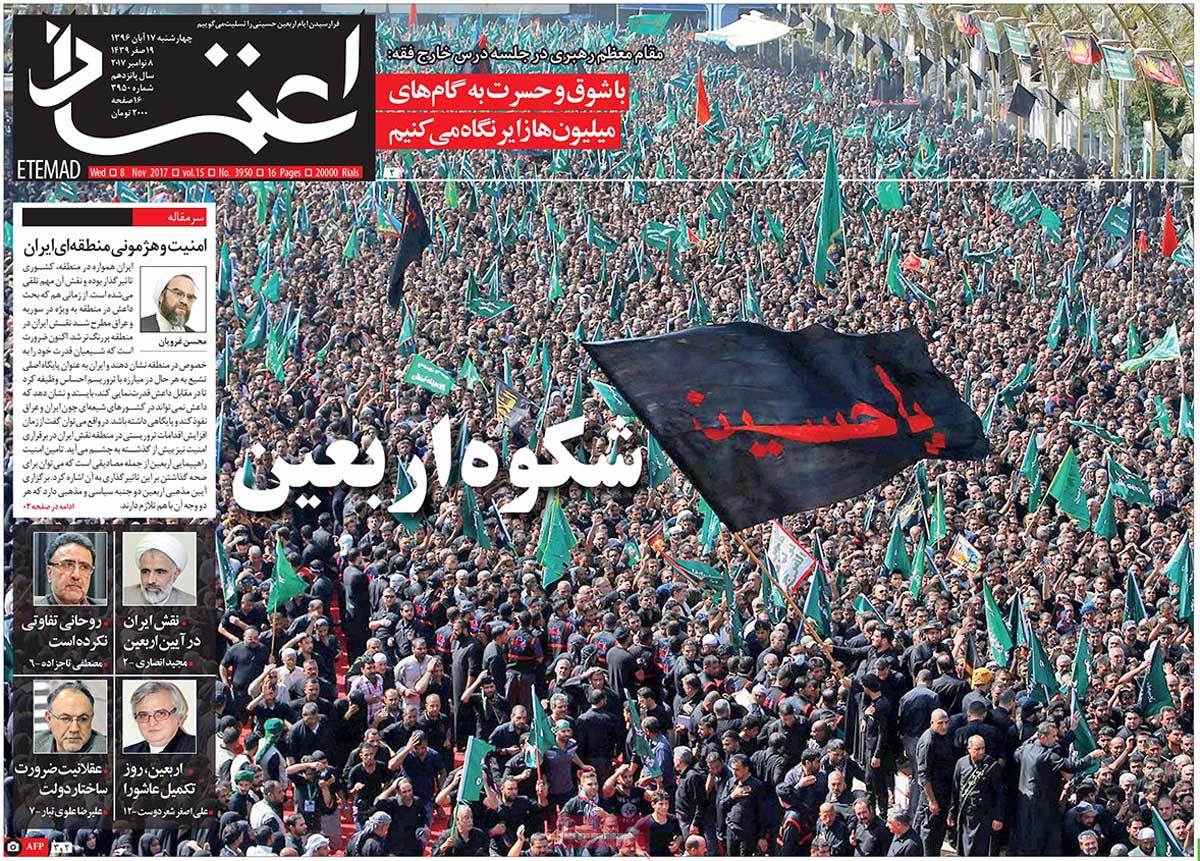 1- Rouhani: We Won’t Spare Any Effort to Reinforce Lebanon Stability 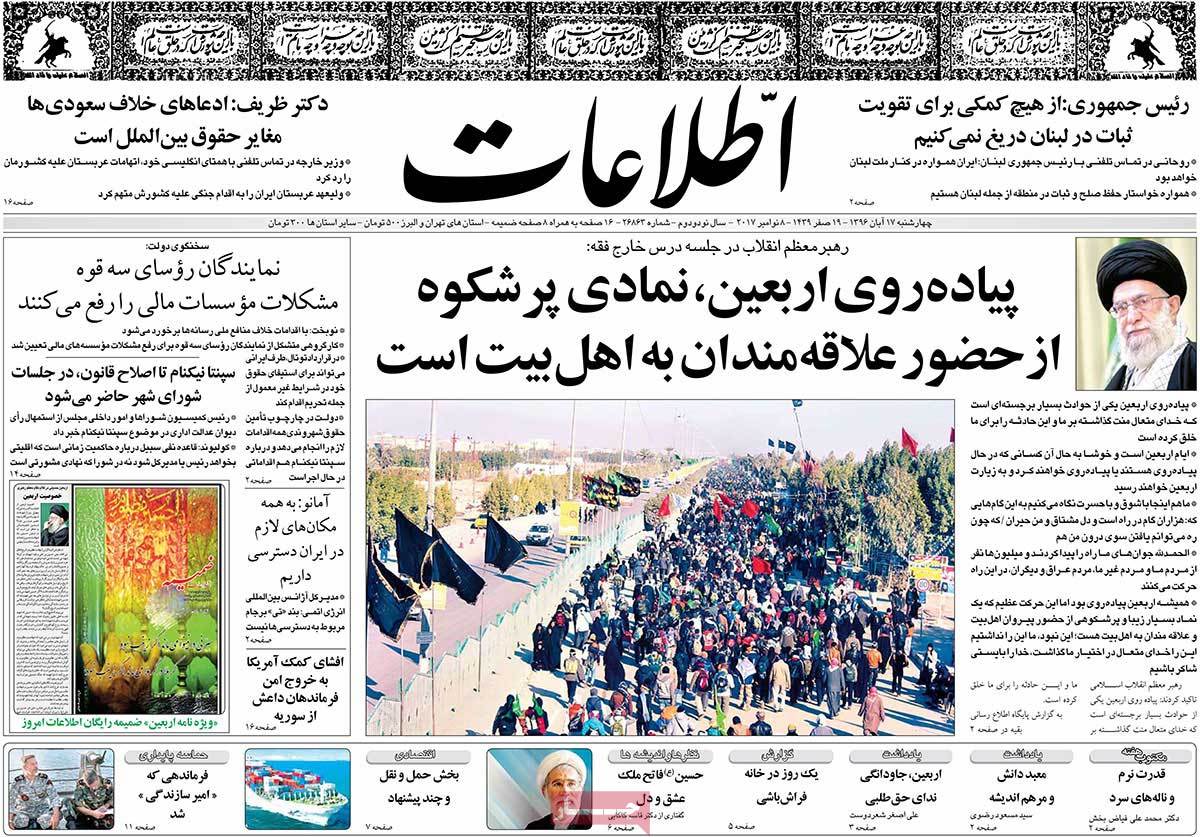 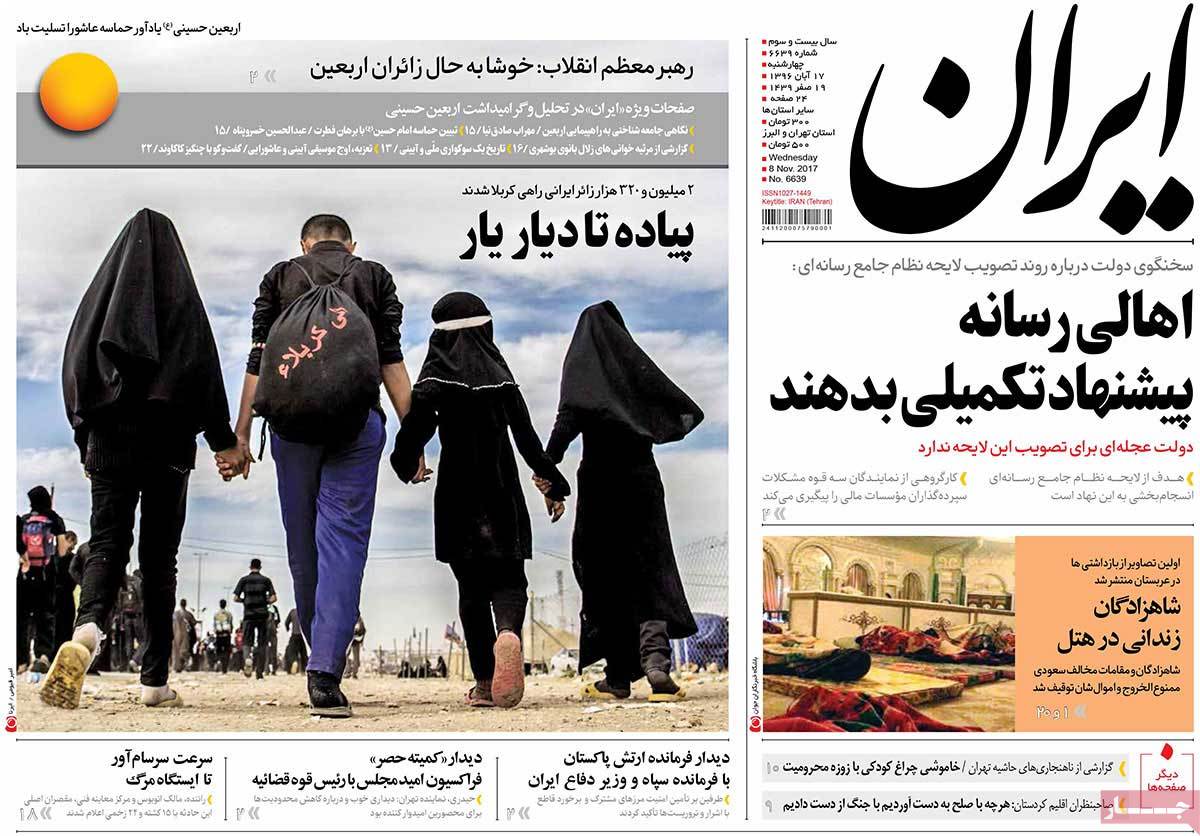 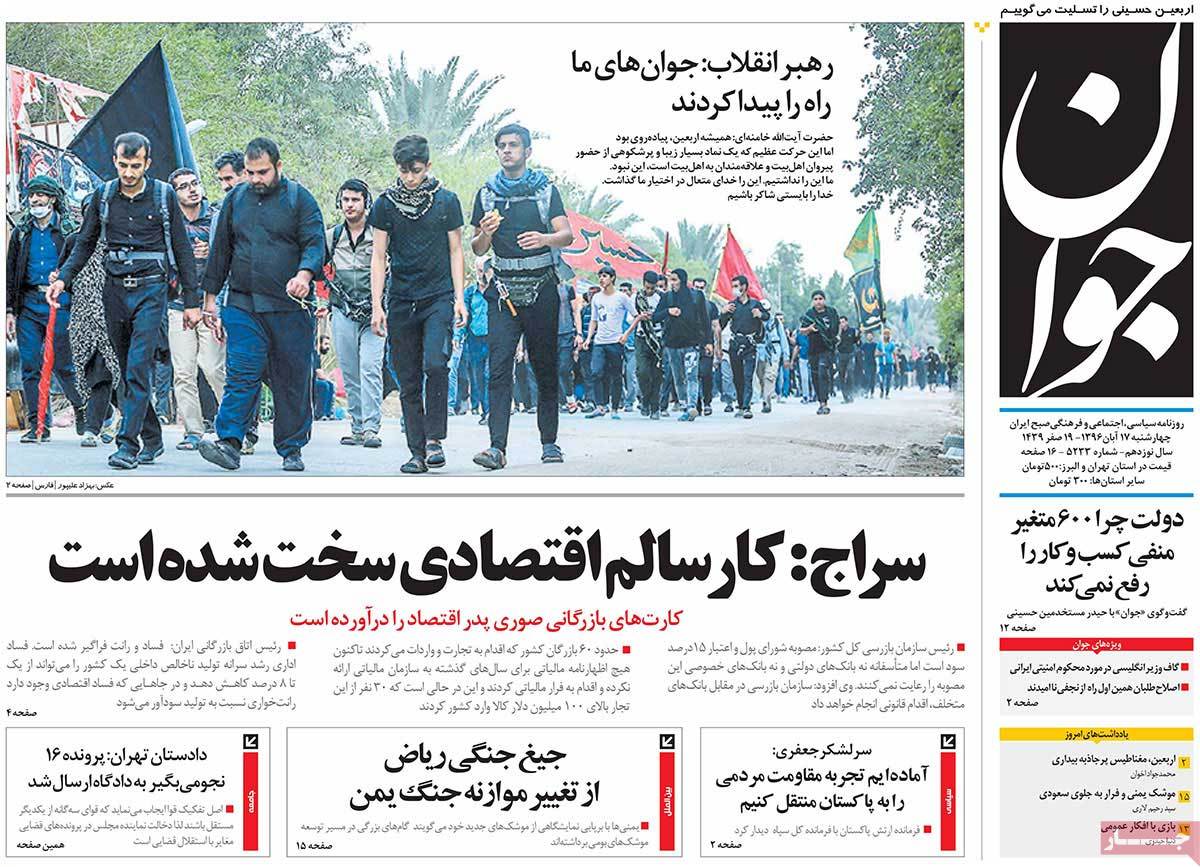 1- Mogherini: Congress Wants to Keep US in JCPOA 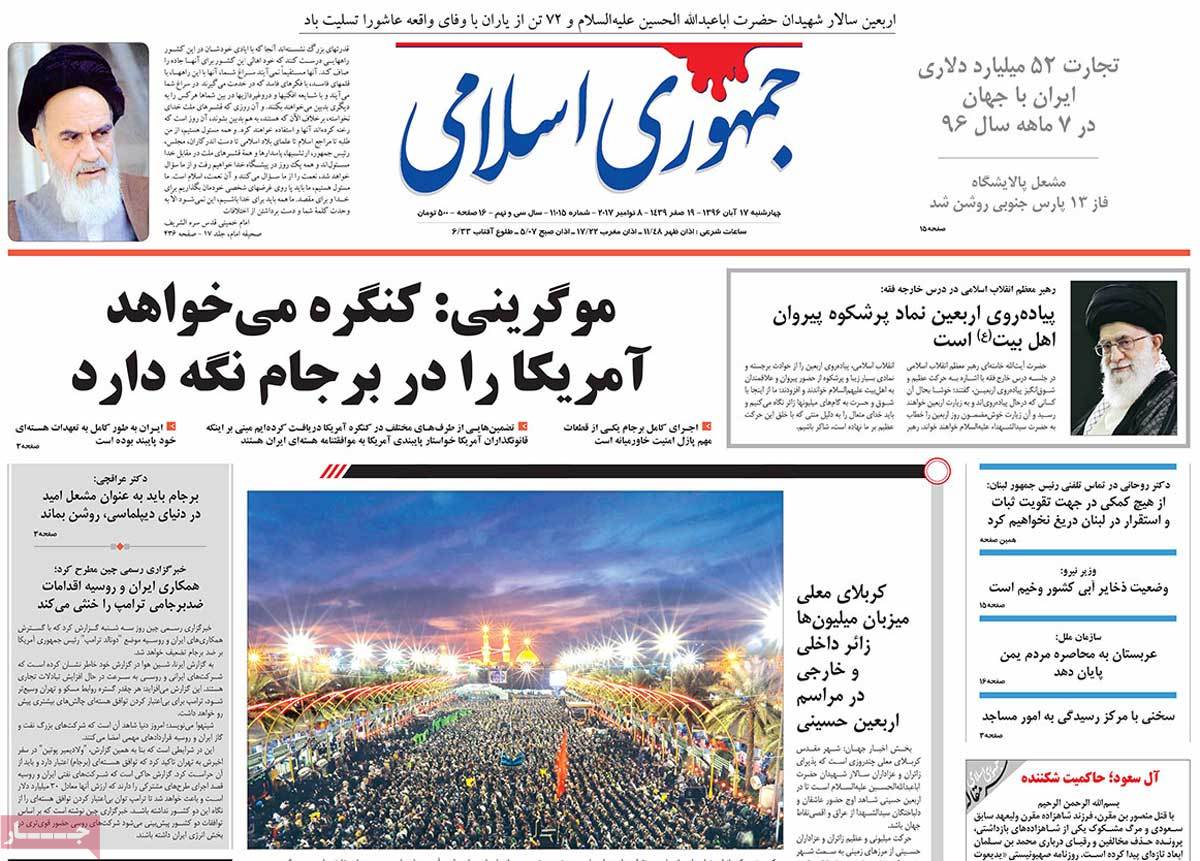 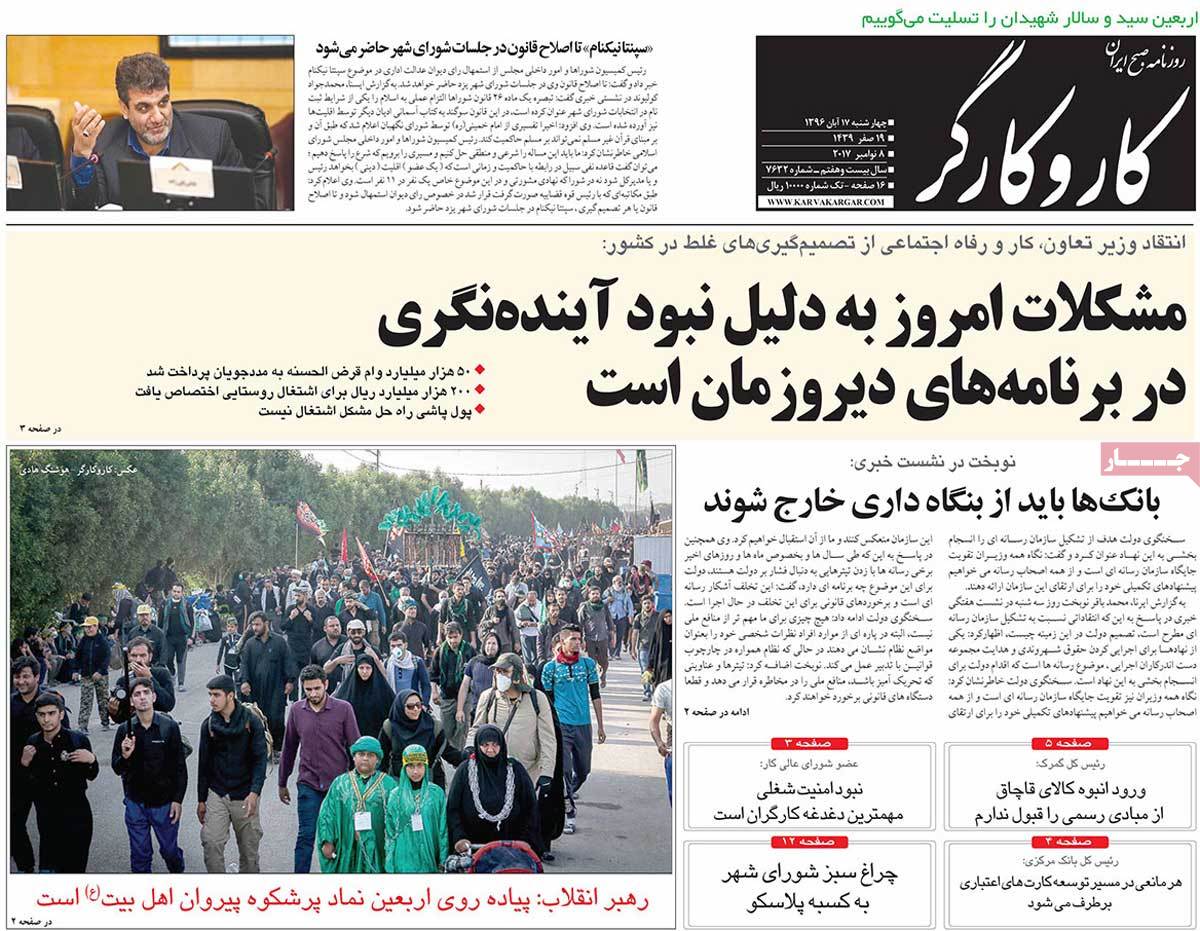 2- Yemen Army: Capitals of All Saudi Allies within Range of Our Missiles 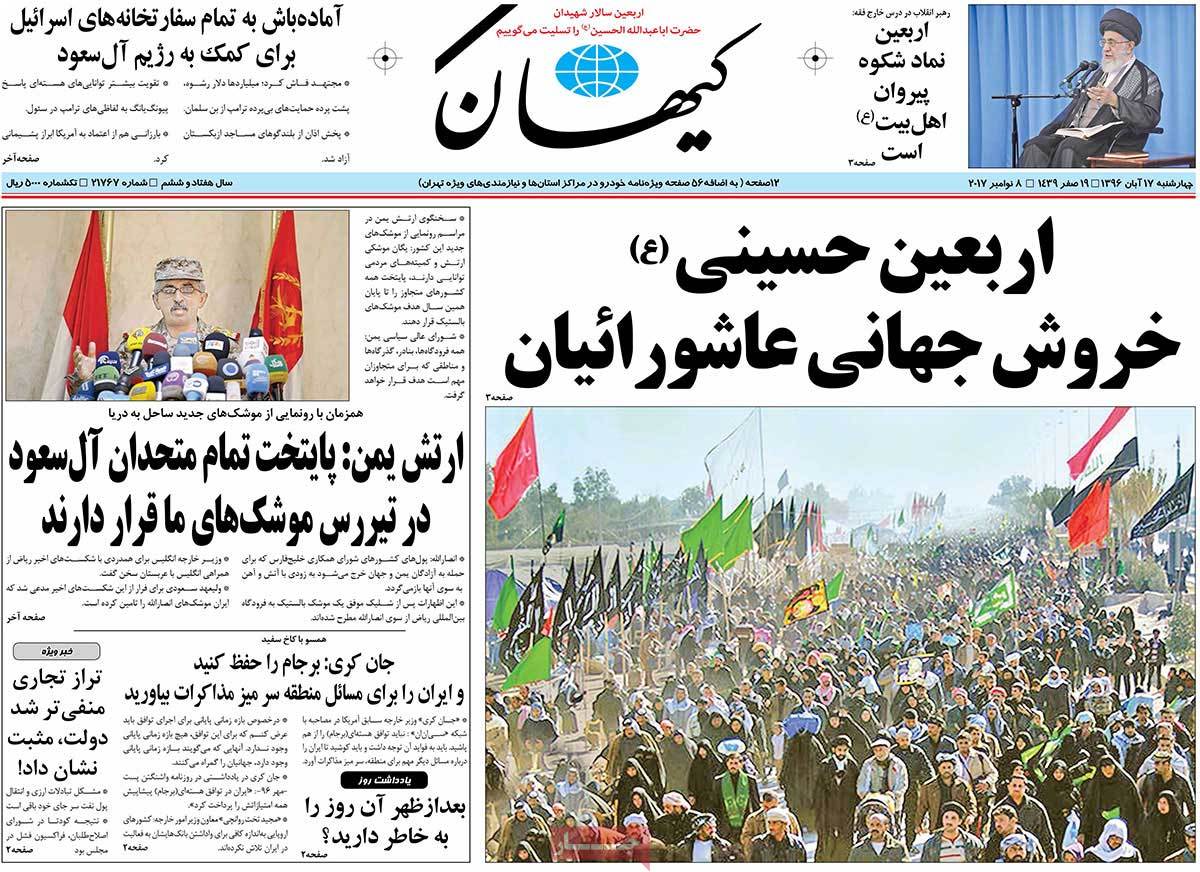 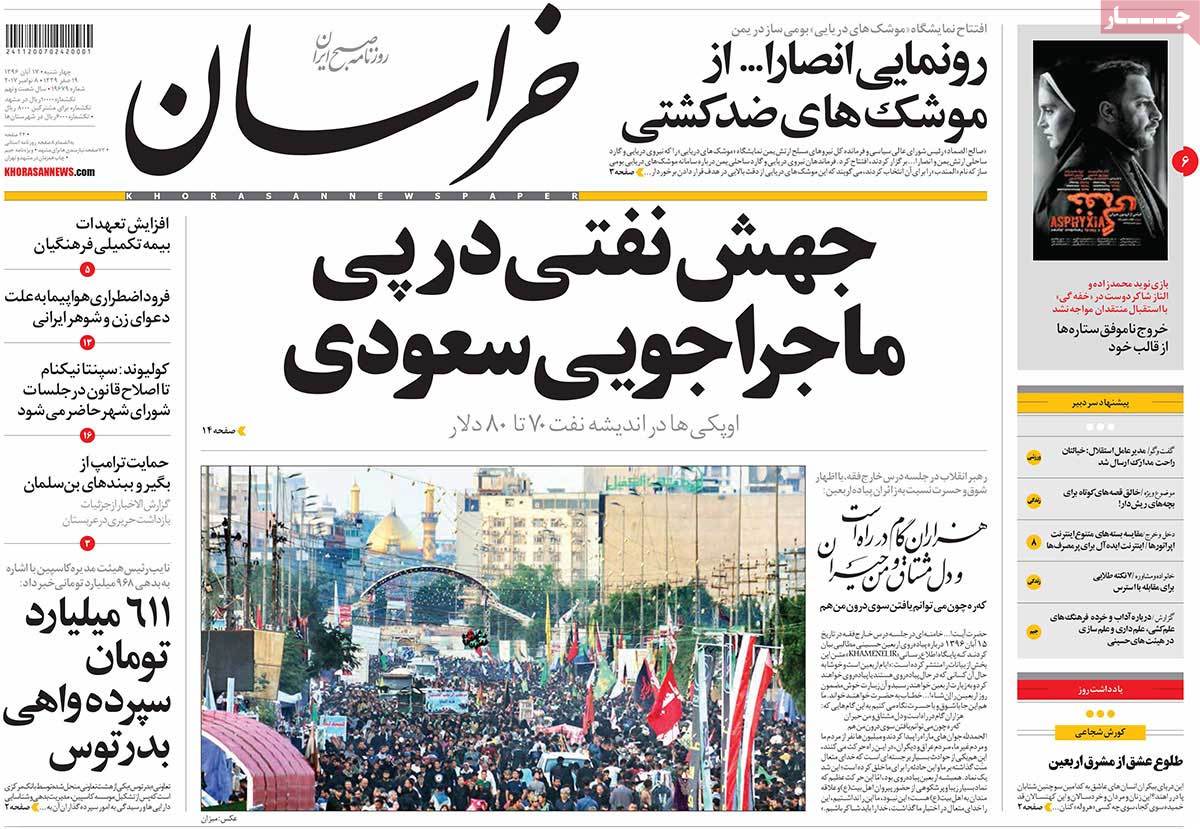 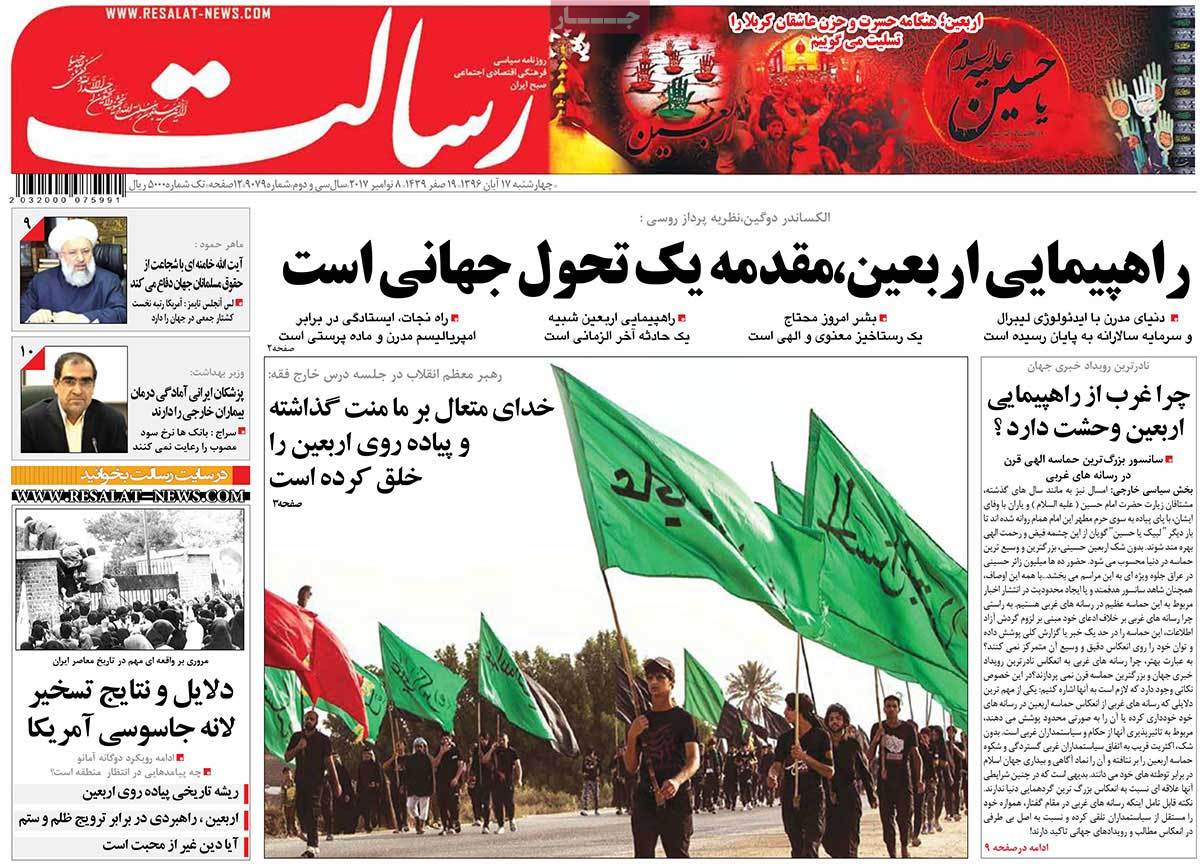