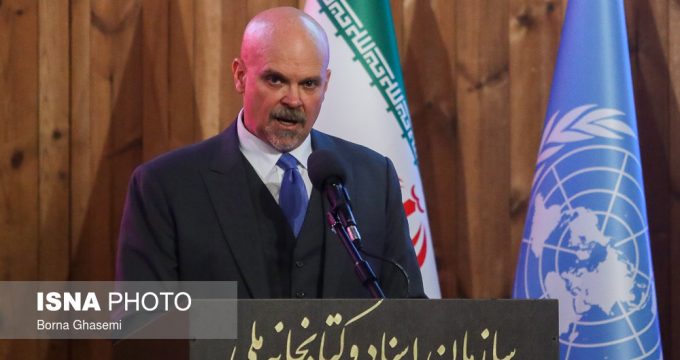 Tasnim – The United Nations resident coordinator in Iran, Garry Lewis, hailed the great progress in cooperation with Tehran in recent years, specifying what main subjects the two sides are going to work on in the next five years.

Addressing a ceremony at the National Library of Iran on Tuesday, held to mark the UN Day, Lewis said the UN mission and Iranian authorities have agreed to cooperate in four main fields in the next five years, including the environment, health, resistance economy, and the fight on drugs.

Highlighting the great achievements of the mutual cooperation in recent years, Lewis said the UN would help Iran reach the sustainable development goals, calling for the implementation of a national plan ratified by the Parliament for reducing poverty, promoting hygiene and protecting the environment.