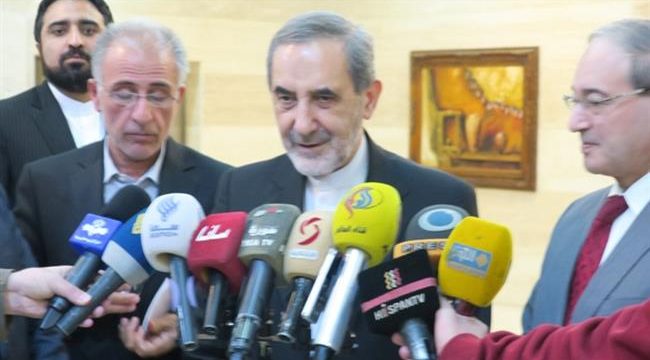 Khamis made his remarks during a meeting with Ali Akbar Velayati, the senior advisor to Leader of Iran’s Islamic Revolution on international affairs, and the accompanying delegation.

He expressed the Syrian government’s appreciation and gratitude to Iran for its stances in support of the Syrian people and their steadfastness to overcome the unjust unilateral sanctions imposed on them and confront terrorism.

The premier underlined the government’s unremitting efforts to overcome obstacles hindering the implementation of agreements signed between the two sides, taking into account the rapid recovery and development of the national economy thanks to the Syrian army’s victories against terrorist organizations.

In turn, Velayati praised the Syrian army’s great achievements all over the Syrian territory, hoping Syria would recover very soon and restore its position as a powerful state.

He indicated to continue coordination between Syria and Iran to upgrade bilateral economic relations to the highest level.