Open for Business: Iran and Russia step up ties with first house of commerce

Sputnik News– The opening of Iran’s first house of commerce in Russia is an “unprecedented event” that will enable the strengthening of trade links between the two countries, Astrakhan’s Minister of International and Foreign Economic Relations Denis Afanasev told Sputnik.

Iran has opened its first house of commerce in Russia, in Astrakhan Oblast in the south of the country. The new institution is home to 14 chambers of commerce and industry from 14 provinces of Iran, who will exhibit their products on the first floor of the building.

The house of commerce will provide Russian entrepreneurs with a new opportunity to discuss projects and contracts with their Iranian counterparts, Astrakhan’s Minister of International and Foreign Economic Relations Denis Afanasev told Sputnik.

“Businesspeople from Astrakhan or elsewhere in Russia wishing to build trade relations with Iran can come to the house, look at the products and choose what they need. Here they can contact the representative of a particular company, conclude agreements on trade and discuss the logistics of delivery.”

“This is precisely the point of opening this house: to bring the business of the two countries closer, to establish contacts for logistics, for Russian entrepreneurs to get to know Iranian products for the Iranians to get to know them,” Afanasev explained.

“I believe this structure will fill a certain niche, that is, it will close a vacuum that exists in business between Russia and Iran and create good conditions for increasing trade turnover and cooperation,” he added.

Discussions are already ongoing with Iranian partners about the creation of a Russian house of commerce in Iran which would further stimulate relations between small- and medium-sized businesses in the two countries.

“We are in a serious position to enter the Iranian market we’ve already got some good proposals. At last week’s ‘Business Caspian-2017’ forum, we saw that a lot of Iranian businesses are participating in the trading house and are attempting to develop relations with other countries in the Caspian Sea region,” Afanasev said. 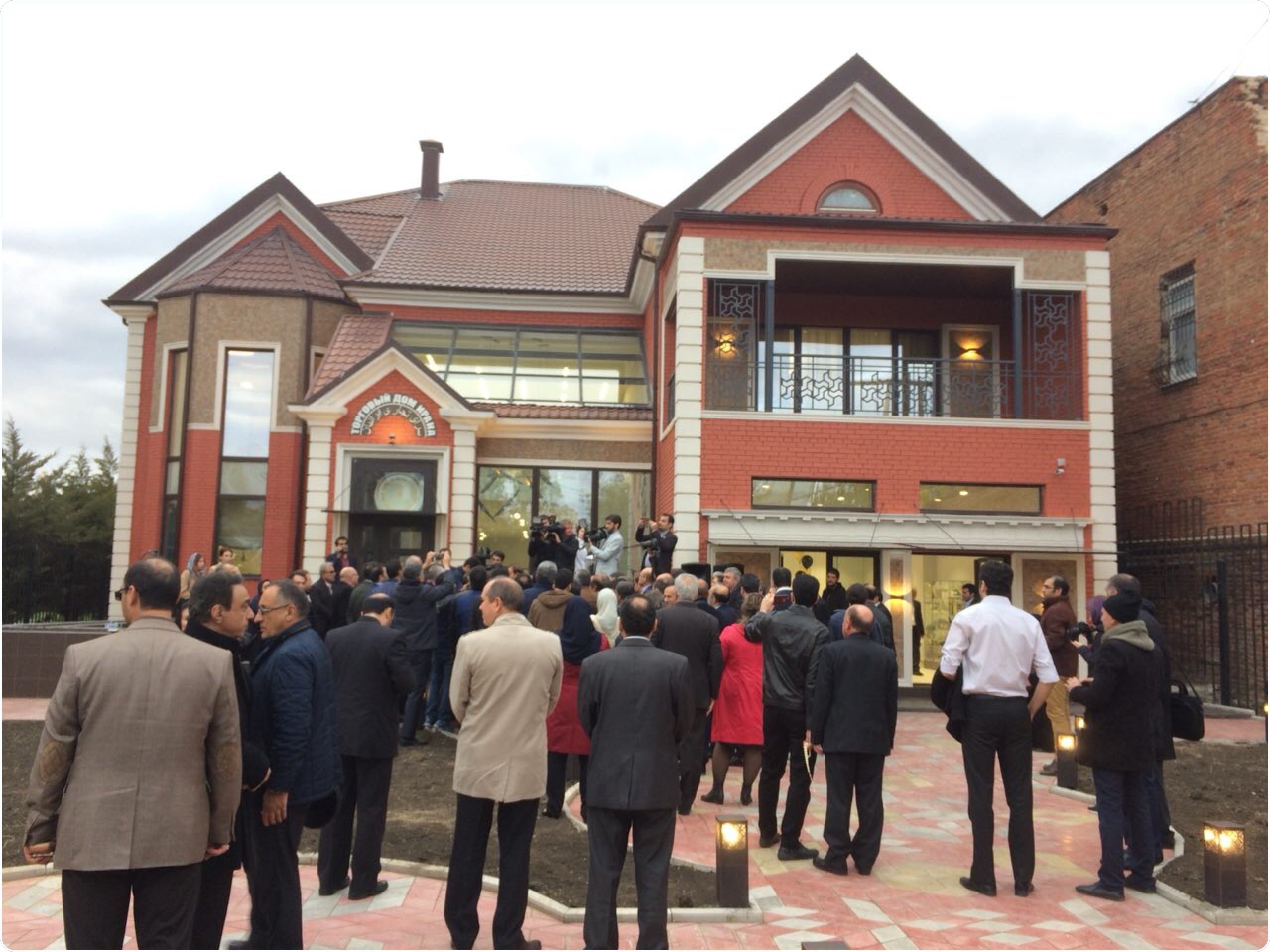 Iran’s consul general in Astrakhan Ali Mohammadi told Sputnik that Iran aims to use the new center to better understand the Russian consumer market and increase its exports.

“In 2012, an agreement was signed between the governors of Gilan [Iran] and Astrakhan Oblast on the construction of an Iranian house of commerce in the city of Astrakhan. In 2015, the Chamber of Commerce of Gilan Province helped to survey of several plots of land, eventually selecting a plot of 1500 square meters in the center of the city. In collaboration with the Iranian Chamber of Commerce, this formerly residential building was reconstructed and turned into an office building with an area of 1150 square meters.”

Mohammadi said the new house of commerce is different to other centers in Russia such as Moscow’s Food City, where Iranian producers have pavilions to present and sell their food but they don’t have a space especially for business negotiations.

“In Food City, the goods can get customs approval and be put up for sale, while this building will become a venue for negotiations and getting acquainted with the content and trends of the two countries’ markets. Here, Iranian producers can hold short-term exhibitions of their goods,” he explained.The consul is hopeful that the new center will enable the further development of cooperation between Iranian businesses and Russian ones, particularly in Astrakhan. He has already noted a tendency toward increased trade.

“The level of understanding and cooperation is growing, but of course it takes time. During the two years that I have spent in Astrakhan, I have felt that the convergence that is really needed for increased trade is happening and to some extent has accelerated.”

“Our data for the first 8 months of 2017 shows that the export of goods from Astrakhan to Iran amounted to about $95 million, while Iran exported $17 million to Astrakhan over the same period. Astrakhan’s main item of export was timber ($44 million), followed by grain ($35 million). In third place were seeds and sunflower oil,” Mohammadi said.